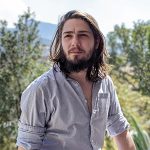 KIEV, UKRAINE (THE GRAYZONE) — Craig Lang, a US Army veteran accused by US authorities of carrying out murders on American soil as well as torture and other war crimes in Ukraine, allegedly joined a band of insurgents armed by the Colombian police to overthrow the Venezuelan government. An FBI affidavit against Lang states that he was in Colombia with an Army pal when the … END_OF_DOCUMENT_TOKEN_TO_BE_REPLACED

WASHINGTON (Substack // Alex Rubinstein) — The list of governments, former government officials, and organizations in the region that have accused the US of supporting ISIS-K is expansive and includes the Russian government, the Iranian government, Syrian government media, Hezbollah, an Iraqi state-sponsored military outfit and even former Afghan President Hamid Karzai, who … END_OF_DOCUMENT_TOKEN_TO_BE_REPLACED

WASHINGTON (Substack // Alex Rubinstein) — As the United States departs from the country it occupied for 20 years it leaves on a note just as savage as some of the worst moments of the war. The United States and its fallen puppet government in Kabul have committed crimes on par with anything the Taliban has ever done. The US has bombed hospitals, dropped the biggest bomb … END_OF_DOCUMENT_TOKEN_TO_BE_REPLACED