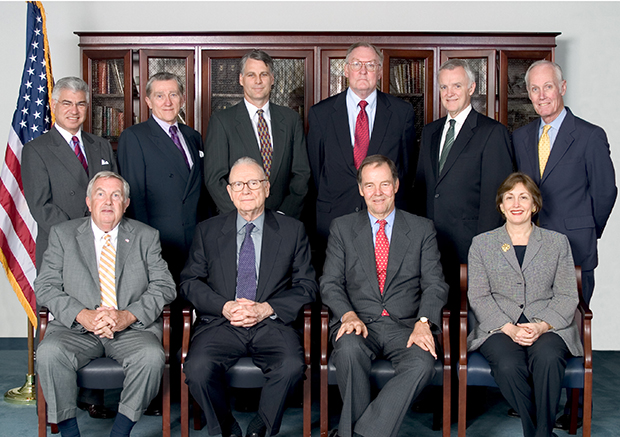 In 2014, I started receiving dreams revealing a scheme by the United States federal government to mass murder the American people. It has taken me years to understand what God was revealing, but it has finally started making sense thanks to receiving many confirmations, including the facts about the 9/11 attacks on our nation.

In the 10-minute video shown below, James Corbett does a great job of summarizing why most of the members of the 9/11 Commission believed their investigation was set up to fail.

Here are some of the key facts he shares in this video:

These disturbing facts are supported by many others showing the 9/11 attacks were orchestrated by the shadow figures running our federal government. They are only able to get away with their schemes under cover of darkness so they have lied to us to get us to ignorantly give them our consent. My hope is that by sharing the facts, more people will realize what is happening and openly confront these murderous psychopaths before they carry out the final phases of their plans.

Thanks James. The evidence is very convincing that both the WTC and Pentagon attacks on 911 were not what we have been led to believe they were… If one’s question is ‘would elements within our own government actually be a party to mass murder of the American people’?? – you don’t have to dig very deep to find out. So when you read the prophetic words regarding mass murder of the American people – don’t be surprised as the precedent has already been set.

on youtube dimitri khalezov 9/11 third truth.
i watched it and convinced me that they used underground nukes to bring it down as normal dynamite would have not worked for this steelframe buildings.

When I watched those towers go down, it looked like what happens when buildings are demolished by dynamite. But of course I believed the planes must have brought them down. Then when Building 7 went down exactly the same way with no plane striking it, I was suspicious.

When they said that it was the WH that delayed the investigation, my immediate impression was that it was Cheney as opposed or Bush or anyone else. I like Cheney less, every time I learn something new about him.

I don’t know what actually happened, but I don’t believe the story line.

Dick Cheney made my skin crawl. He wanted war so Halliburton could Profit! Greedy War Criminal…

Good news on that is that since Trump took office Halliburton stock has dropped from $60 to just under $20.

Paul Craig Roberts has spoken out on this topic as well.

“although the United States is allegedly a democracy with a rule of law, it has taken 17 years for public pressure to bring about the first grand jury investigation of 9/11. Based on the work of Architects & Engineers for 9/11 Truth led by Richard Gage, first responder and pilots organizations, books by David Ray Griffen and others, and eyewitness testimony, the Lawyers’ Committee for 9/11 Inquiry has presented enough hard facts to the US Attorney for the Southern District of New York to force his compliance with the provisions of federal law that require the convening of a federal grand jury to investigate for the first time the attacks of September 11, 2001.

This puts the US Justice (sic) Department in an extraordinary position. Every informed person is aware that elements of the US government were involved either in the perpetration of the 9/11 attacks or in a coverup of the attacks. There will be tremendous pressures on the US Attorney’s office to have the grand jury dismiss the evidence as an unpatriotic conspiracy theory or otherwise maneuver to discredit the evidence presented by the Lawyers’ Committee, or modify the official account without totally discrediting it.”

Well, I don’t even know who you are and I trust you more than the MSM and “shadowy” (most are) government figures who we can verify are liars and con-men. And that’s pretty sad and ridiculous.

It might be interesting to look into Ted and Barbara Olson. His wife used to be on Larry King Live. I remember watching her. She was a conservative commentator on the major news networks and died on the plane that crashed into the pentagon. Her husband said that some of her remains were found there. I know there has been some chatter about that flight. The interesting thing about her is her husband – as he worked for the Bush administration.

I don’t know what role he served in the investigations but I find it remarkable that his wife – who was on the news network circus (sorry, I meant “circuit” – tongue-in-cheek) was a victim. His birthday is also on September 11.

Jim Willie said in one of his interviews that BO tried to nuke the US 3X (one off the South Carolina coast) and fired the generals who wouldn’t do it.
https://freedomoutpost.com/obama-plan-nuke-america-fall-jim-garrow-completely-nuts/

https://www.youtube.com/watch?v=7md2QzNsAe4&list=PLsGNlL9eMIvarL7zoirtrn2g19RDREyHb This a must listen to video by a 30 yr veteran airline attendant who wrote an expose’ book on what happened on 911. Most pilots agree with her. The flights that supposedly hit the twin towers were remotely taken over by someone on the ground and landed shortly after takeoff. The planes that hit the twin towers were military planes that too were being remotely piloted. She makes a compelling case which I believe comes the closest to what actually happened. It took me awhile to re-locate this video so I apologize for being tardy. You’ll have to listen to get your other questions answered.

The first reports on the ground included someone testifying that the planes did not look commercial. Like always this was not ever mentioned again in reporting.

What’s your take on the Flight 93?

I haven’t looked into that one yet, but if it’s like the other events that day, the story reported to us was false.

I met a boiler maker at a wedding who told me about Flight 93. While he was working with others of his trade in the US, one of the fellow tradesmen there told him that he had witnessed half of flight 93 being pulled out of a lake, while the other half crashed on the nearby land. Someone came up to him as he was observing this and said,” You didn’t see anything!”.

Concerning Flight 93, I’ve read that,Todd Beamer can’t be found in a search of the Social Security death index.
In other words, a Todd Beamer who died on Sept 11, 2001 can’t be found. If you want to talk to his “widow” you have to go through an agent.
(One of the “Let’s Roll” “heroes”.)
According to Rebecca Roth, other 9/11 planes were flown to Westover (?) Air force base (people there were told to take the day off) and the passengers were snuffed out with cyanide gas. Missiles were used to hit the twin towers (aluminum sheet metal doesn’t cut well though 2 inch thick steel facade). Previous to the attack ( the security system was off the preceding weekend) people who worked in the building used to complain about “concrete dust” in their work space(s) every Monday morning. Gold in the basement was removed prior to the attack. First responders testified that they heard and felt explosions in the basement. Thermate was used to cut the main steel supports at an angle so the building could fall down at the speed of gravity. Cell phones don’t work in an airplane above 1000 ft. If you called your mother, you wouldn’t identify yourself by your first AND last name. These are a short collection of things that don’t add up (building 7 was reported down ~ 30 minutes too early).
https://www.collective-evolution.com/2013/01/18/24-hard-facts-about-911-that-cannot-be-debunked/

Todd Beamer graduated from Wheaton College in Illinois, they know him and his connections, I’m sure. Connect his name with the college and you’ll see.

Thanks for that info Nora. It makes sense they would use a real person for their hero story since a fake person would be too easy to expose their scheme. Real people who were passengers on those planes were killed, but how they were killed is unknown. There is a lot of evidence showing the planes that hit the towers were not the ones boarded by those passengers.

Hello James, Todd B. was on flight 93, that went into a field. It didn’t get to whichever destination the terrorists were attempting. It would seem those passengers were the real people = not the same scenario as the tower planes.

Like everything else that happened that day, there have been a lot questions raised about what really happened to flight 93. For example, at the crash site, no plane, passengers or traces of jet fuel were found, only tiny pieces of debris that bore no resemblance to plane parts and could easily have been planted there. There is no way the whole plane could have disappeared into the ground and then the ground swallow it up and cover the whole and, by coincidence, there was already a large crater in the ground at the exact location. It appears a missile struck that spot to char the ground as a cover for the bogus story. Eyewitnesses testimonies of those who saw the crash site consistently confirmed the same conclusions. For example, Scott Spangler, one of the first photographers on the scene, said, “I was looking for anything that said tail, wing, plane, metal.” But, he recalled, “There was nothing, just this pit. I didn’t think I was in the right place.”

Here’s a link to more info:

Thank you James I appreciate the additional info. I was remembering reading an eyewitness account of a man seeing the plane upside down and then hitting the ground. I was in Canada, so the news and interviews were not quite the same as in the States. Overall, the info out there doesn’t bode well, anyway, for America.

Those poor people – if your story is true about cyanide gas! But if it was missiles that hit the towers, why is it that we have so much video and eyewitness testimony that they were planes?

An Army General Discusses 911, Military Drills On US Soil, And Geoengineering https://www.geoengineeringwatch.org/an-army-general-discusses-911-military-drills-on-us-soil-and-geoengineering/
Massive Breakthrough in 9/11 Investigation! – Must Watch Video With Richard Gage & Barbara Honegger
https://beforeitsnews.com/v3/alternative/2018/3651278.html
https://youtu.be/2V3cfCX1s1Y
A comment by Kevin: “You would think there would be tons of funds for the lawyers if they recovered funds from the culprits. 5 billion dollar insurance payout to the guy who bought the towers 6 weeks earlier for 25 million. All the missing (probably stolen) gold below the towers. The people who shorted the airlines and placed puts on military supply companies such as Raytheon and Haliburton. drug running set-up in Afganastan by the bushes. There’s no end to following the money, body scanners, air marshalls, home land security, etc. This turned into 17 years of war and heightened security making a few people wealthy.”