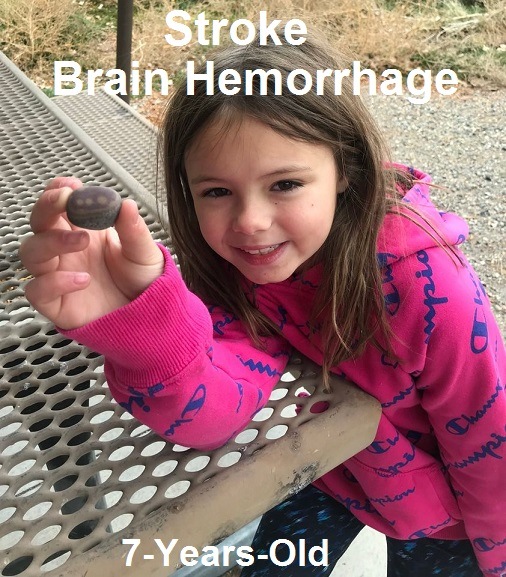 A man in Pennsylvania has reported that his niece, Harper, was taken to the ICU recently due to having a stroke and hemorrhaging in her brain, 7 days after receiving a Pfizer COVID-19 shot. 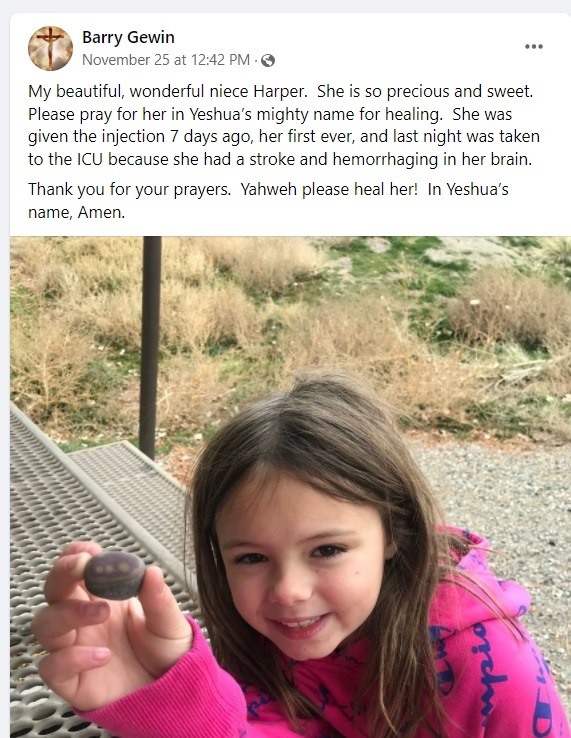 The uncle, Barry Gewin, does not refer to the shot she received as a “vaccine,” but a “lethal injection” that is “pure evil,” suggesting that he might have a different opinion about the Pfizer shots for children than maybe his brother does, the father of Harper. At one point he posted an update along with a short video stating that Harper was beginning to walk again. 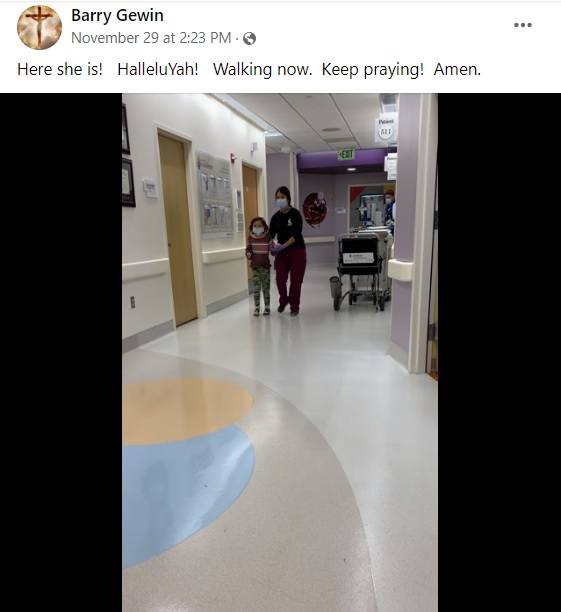 But in a subsequent comment, he appeared to be reporting that she had lapsed again and was not “eating, drinking, sitting up, or walking,” according to his brother.

Continue reading the rest of this post at Healthimpactnews.com.

Oh My Goodness ; Dear Heavenly Father this is terrible.. terrible for the 7 year old girl parents & the extended family.

Today i was reading a headline in our own channel 9 news coverage. I was so upset.

Australian Federal health minister- Current Greg Hunt- though he is now resigning _? who will take over his roll. says the Pfizer jab will be available for this age group from January 10th 2022.

Supposedly one third the dose of 12 year olds will be given for 5-11 year olds.

health minister Greg Hunt says a batch testing team and a TGA team will be working right thru Christmas 2021, right thru the New Year 2022 ahead of the provisional rollout date.

He Mr Hunt says -The message for Australians is very clear….Australian children will have access to Pfizer vaccines. and it is recommended for children right across Australia.

I say- How SICK IS THAT.!! MR HUNT & OTHERS YOU NEED TO BE ASHAMED OF YOURSELVES.

He sickly thinks it is about keeping Australian kids safe, keeping our families safe, =SICK ,Keeping ALL Australians safe-

NOT SO MR HUNT.!! You have not been educated & enlightened by the Holy Spirit – BUT only the Evil ones agendas. .