You are here: Home » News » Jesuit Schemes by Nation » Brazil » 32,000 Brazilians dead after getting injected with Covid serum as breakthrough cases continue
Share this post: 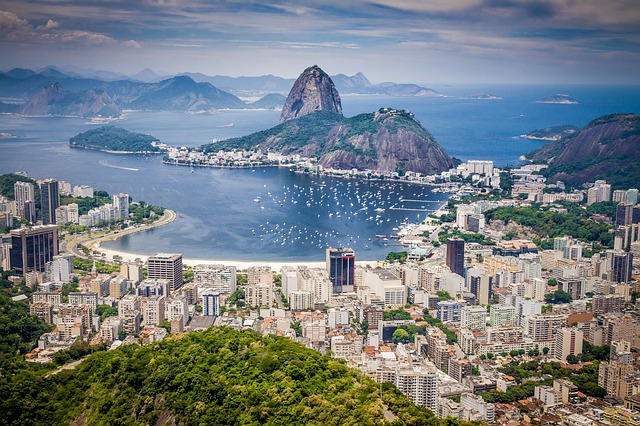 Reports of large numbers of hospitalizations and deaths following Covid serum injections, often called breakthrough cases, continue coming in from all around the world.

Previous posts have shared large numbers of breakthrough cases in Israel, Singapore, Iceland, United Kingdom, Gibraltar, and the United States, including Massachusetts and Illinois. And now the following report from Brazil reveals about 32,000 people have died after receiving the poisonous serum.

At least 9,878 Brazilians who died from covid-19 in Brazil had already taken the two doses of the vaccine or the single application of Janssen’s immunizing agent, reveals research by Info Tracker, a pandemic monitoring platform of the state universities USP and Unesp. The survey used data from the Ministry of Health and analyzed cases that occurred between February 28, when the first people in Brazil completed the immunization window, and July 27

Among those who received only the first of the two doses needed, 65,000 people were hospitalized and 22,000 died from covid-19…. (Source: noticias.uol.com)

So the combined total deaths in Brazil is about 32,000. Studies have consistently found that adverse events are way under reported in nation after nation so it’s safe to say the actual numbers are much larger.

These reports contradict the popular narrative that the vaccines are safe and effective, which might be why the CDC posted the following announcement on their website on May 1, 2021:

“As of May 1, 2021, CDC transitioned from monitoring all reported vaccine breakthrough cases to focusing on identifying and investigating only hospitalized or fatal cases due to any cause,” a statement says. “This shift will help maximize the quality of the data collected on cases of greatest clinical and public health importance.”

I copied the above text into a Google search and found only five results and the CDC website was not listed even though it’s the original source. Then I did the same search using DuckDuckGo.com and found the CDC website listed as the number one ranked search result. Google dominates the search market with 92% of all searches so they clearly know how to find the right results, yet they don’t even list one, which I think is intentional, trying to bury it because we all know it makes no sense for the CDC to stop tracking breakthrough cases since they provide the clearest evidence of whether or not the serum really is safe and effective. When the data proves otherwise, just bury it and stop tracking it. Presto! Problem solved.

It is a sad day that so many have died and no real acknowledgement from the powers running our nations to the real truth behind these poisonous serums. A friend went to the hospital last night and said that children were crying and didn’t want the nurses or doctors to touch them. She heard a child say that he didn’t want to die from the needle. The mental health of children is really important and we do need to pray for all children in this time that we are in. A picture that someone sent me this morning.

wasn’t the president against the vaccine and ridiculed it but people little knowing he was right overruled him?.

Addendum. Felt Brazilians were luckiest people in getting such an honest president as far as covid

Thanks for the article. In the Philippines, the Department of Health recently published in their daily propaganda that according to 23 hospitals in Manila, 8 out of 10 patients are unvaccinated. Sounds like unvaccinated are getting sick, right? But when you do the math, you can see that only 12% of Filipinos are fully vaccinated, with additional 3% having had one dose. In Manila, the percentage of vaccinated could be even higher than the national average. Although the sample is small, this is an alarming development and worth paying attention to.

Sadly I have to confirm that anything controversial you try to look up with Google is buried very deep in the results on subpages that nobody ever navigates to. Have also found myself using DuckDuckGo a lot more lately, it tends to find way more relevant results.