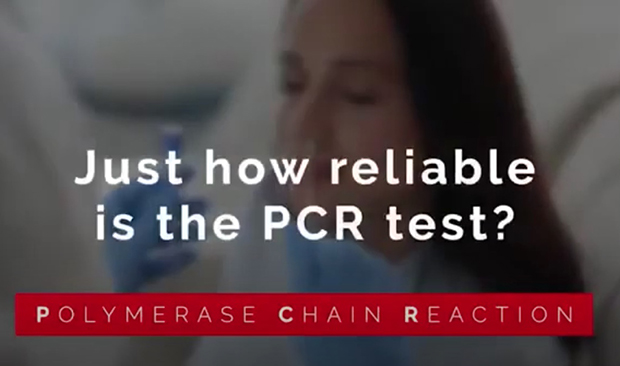 PCR Tests are by far the most widely used testing method for determining whether or not we are infected with COVID-19, but the facts presented in this 2-minute video explain why the test results are completely bogus. And if that’s true, then the numbers of infected people that the mainstream news media constantly bombards us with is also bogus and the whole scamdemic is exposed for the lie that it is.

Included in the video is a short clip of Dr. Karry Mullis, the man who invented the PCR test. Unfortunately, he died in August 2019, just months before the outbreak of COVID-19, but he had been outspoken about the misuse and abuse of PCR tests saying, “Quantitative PCR is an oxymoron.” So the inventor of PCR warned that it cannot be used to do what it is now being used for all around the world.

The video shown below was posted on YouTube on June 29, 2021, so it might get censored soon due to sharing scientific facts. If so, please scroll down to view it on Brighteon.com. As of the time of this posting, it was still processing on Brighteon.

Hello >I have been listening to Rand Paul also. Headline I saw Rand Paul calls for Criminal

DOJ Investigation into Fauci For Lying to Congress. Says he will be submitting Criminal

complaint. Believers must pray to the Heavenly Father thru Jesus for Rand Pauls

Protection ie. intercessory prayer. and that God would bring the Victory against these

Rand Paul is a very brave Man. as are many others.

Everything about this “pandemic” has been a fraud since Day One! It won’t be long before they go from knocking on doors to pressure people to take the vax, to knocking down doors!