Note: This is an excerpt from a post published by Healthimpactnews.com and is shared in accordance with fair use terms for nonprofit educational purposes. 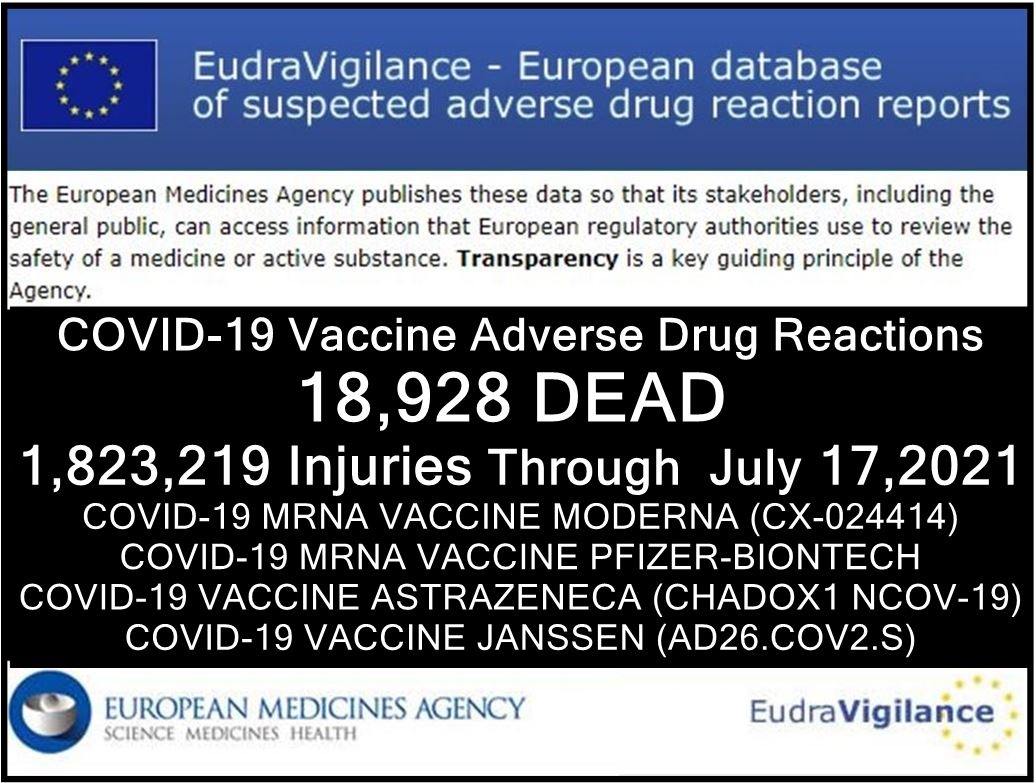 As many countries around the world now begin another round of lockdowns, and take steps to cut off citizens from social life if they do not consent to receive one of the deadly COVID-19 shots and carry around some kind of identification that marks them as “vaccinated,” (See: Mapping Tyranny: The Countries Where Vaccination Is Mandatory) the death tolls following these injections continue to rapidly increase.

Yesterday we reported about an alleged whistleblower with the U.S. CDC who is claiming that there has been at least 45,000 deaths reported within 3 days of receiving the injections, and that this information is being suppressed.

And yet, most people around the world still seem to be completely ignorant regarding how many deaths following COVID-19 injections are actually being recorded by government health agencies, as the corporate media around the world for the most part is not allowed to cover these verifiable statistics showing unprecedented amounts of deaths and crippling injuries following these shots, all of which are still in the experimental phase and have not even completed Phase 3 trials yet.

What we are witnessing is quite clearly a worldwide genocide and the implementation of a plan to reduce the world’s population.

Never before in modern, or even ancient history, have governments around the world acted in unison to force a medical procedure upon all their populations, and silence all dissenters who try to sound the warning alarm, which includes tens of thousands of doctors and scientists.

The European Union database of suspected drug reaction reports is EudraVigilance, and they are now reporting 18,928 fatalities, and 1,823,219 injuries, following COVID-19 injections.

A Health Impact News subscriber from Europe reminded us that this database maintained at EudraVigilance is only for countries in Europe who are part of the European Union (EU), which comprises 27 countries.

The total number of countries in Europe is much higher, almost twice as many, numbering around 50. (There are some differences of opinion as to which countries are technically part of Europe.)

So as high as these numbers are, they do NOT reflect all of Europe. The actual number in Europe who are reported dead or injured due to COVID-19 shots would be much higher than what we are reporting here.

I would read all of the euro database article again. It gives confines and also definition to what cinstitutes what they include in the term fatality.
Thankyou for being a good warning agent to the public. This is definitely all biblical in its proportions. At least i think that.

Where are u getting this big number from? The only number I’ve seen for total deaths from the Covid vaccine is 3500 so far.

The source is identified in the title of the post and in the post. Different countries use different databases.