The White House’s policy of unfettered discretion and domination, of unceremonious interference in the internal affairs of other countries, has met an increasingly widespread anti-American backlash. It was Washington that decided to “teach Serbia a lesson” by sponsoring, through the Rockefeller Foundation, anti-government protests in Serbia with the goal of changing the … END_OF_DOCUMENT_TOKEN_TO_BE_REPLACED

To create sustainable groundwork for further expansion into Central Asia, Washington has recently placed particular emphasis on developing relations and cooperation with Uzbekistan. One of such work areas in this country has been the active opening of “American Corners” in Uzbekistan. It is a US government-supported global network of more than 600 open-access educational … END_OF_DOCUMENT_TOKEN_TO_BE_REPLACED

The UN World Food Program’s (WFP) suspension of food aid to Dessie and Kombolcha after the liberation of these two strategically important cities in the war-torn northern Ethiopian state, Amhara, is a “travesty of the highest degree”, said Horn of Africa TV’s editor, Elias Amare. The UN has cited as its reason the looting of WFP’s warehouses and the intimidation of its staff … END_OF_DOCUMENT_TOKEN_TO_BE_REPLACED

By Arnold August – Nov 9, 2021 Editor’s Introduction: The Canada Files is fortunate to have Arnold August as a columnist, acclaimed since 1997 as one of the most important non-Cuban English-speaking experts on Cuba’s political system and cultural debates. He obtained access to the Cuban dissident run Facebook Group Archipiélago. With his fluency in Spanish, he took a deep dive … END_OF_DOCUMENT_TOKEN_TO_BE_REPLACED

Four political parties in Tunisia announced the formation of a coalition to oppose president Kais Saied’s series of actions since July to seize legislative and executive power in the country. In a press conference in capital Tunis on Tuesday, September 28, the four parties, Democratic Current, Ettakatol (FDTL), Republican Party and Afek Tounes, announced their participation in … END_OF_DOCUMENT_TOKEN_TO_BE_REPLACED

Uzbekistan has always been of interest to the United States because it is a “key state” bordering all countries in the region as Zbigniew Brzezinski put it in his book “The Grand Chessboard.” With the beginning of the “war on terror” in 2001, the USA leased a military base in Karshi Khanabad in Uzbekistan. However, relations between Tashkent and Washington have steadily … END_OF_DOCUMENT_TOKEN_TO_BE_REPLACED

CHEVY CHASE, MARYLAND — You have likely not heard of them, but Creative Associates International (CAI) is one of the largest and most powerful non-governmental organizations operating anywhere in the world. A pillar of soft U.S. power, the group has been an architect in privatizing the Iraqi education system, designed messenger apps meant to overthrow the government of Cuba, … END_OF_DOCUMENT_TOKEN_TO_BE_REPLACED 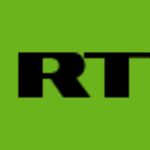 The anti-government protests in Venezuela, which are aimed at the overthrow of President Nicolás Maduro, have been led by various individuals and organizations with close ties to the United States Government. Leopoldo López and María Corina Machado - two of the people publicly behind the violent demonstrations that began in February - have long histories as collaborators, … END_OF_DOCUMENT_TOKEN_TO_BE_REPLACED