GULF OF OMAN — Earlier this summer, the Israeli-operated oil tanker Mercer Street was attacked by drones, allegedly emanating from Iran, disabling the ship and killing two people on board. The incident, portrayed as an unprovoked attack on a civilian vessel, caused worldwide outrage, and marked a new low in Iranian relations with Israel and its Western allies. But a MintPress … END_OF_DOCUMENT_TOKEN_TO_BE_REPLACED

Confronting intelligence and special operations have never been a one-way game. Sooner or later, the opponents begin to play on an equal footing because no one likes a “weakling” anywhere, especially in the Middle East. It should be noted that, according to many experts, three intelligence agencies that may have been involved in several events in Iran have been particularly … END_OF_DOCUMENT_TOKEN_TO_BE_REPLACED

LONDON — If you have not heard of Combating Jihadist Terrorism and Extremism (CoJiT), you are probably not alone. The London-based think tank does not go out of its way to advertise itself. Yet it appears to be having an outsized effect on domestic British policy towards terrorism and surveillance, pushing for more all-encompassing measures against Muslims in the name of … END_OF_DOCUMENT_TOKEN_TO_BE_REPLACED

Members of an armed cell who allegedly worked with Israel’s Mossad spy agency and planned to provoke violence during protests in Iran have been detained, Tehran’s Intelligence Ministry has told local media. The group, which allegedly had access to a heavy shipment of weapons and ammunition, was recently apprehended after entering Iran through its western border, an … END_OF_DOCUMENT_TOKEN_TO_BE_REPLACED 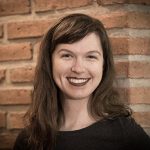 Appalling for both the villainous abuse of children itself and the chilling implications of government by blackmail, this tangled web of unsavory alliances casts a lurid light on the political history of the U.S. from the Prohibition Era right up through the Age of Trump. Jeffrey Epstein, the billionaire who now sits in jail on federal charges for the sex trafficking of … END_OF_DOCUMENT_TOKEN_TO_BE_REPLACED

Epstein is only the latest incarnation of a much older, more extensive and sophisticated operation that offers a frightening window into how deeply tied the U.S. government is to the modern-day equivalents of organized crime. Despite his “sweetheart” deal and having seemingly evaded justice, billionaire sex offender Jeffrey Epstein was arrested earlier this month on federal … END_OF_DOCUMENT_TOKEN_TO_BE_REPLACED