Did you know that a cancer-causing monkey virus contaminated millions of batches of polio vaccine? Did you know this virus has now been found inside people and inside their cancers? The health authorities would like the American public to forget these facts. But it happened, and the repercussions are still with us today. This known contamination took place at the end … END_OF_DOCUMENT_TOKEN_TO_BE_REPLACED 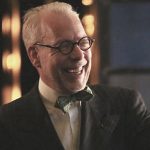 World War II had ended four years earlier and the U.S. was trying to return to peace and prosperity. Price controls and rationing were ended. Trade was opening. People were returning to normal life. The economy started humming again. Optimism for the future was growing. Harry Truman became the symbol of a new normalcy. From Depression and war, society was on the mend. As if … END_OF_DOCUMENT_TOKEN_TO_BE_REPLACED