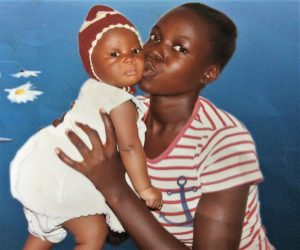 Ladi Moses, mother of 16-month-old baby, was slain in Jebbu Miango, Nigeria on May 20, 2021. (Morning Star News courtesy of family)

JOS, Nigeria, May 21, 2021 (Morning Star News) – Fulani herdsmen killed the wife and nephew of a Christian in Plateau state, Nigeria in an attack on their home on Thursday night (May 20), sources said.

Jeffrey Moses, 26, said he and his wife, 21-year-old Ladi Jeffrey, and nephew Shadrach Zwewhie, 19, were asleep when armed herdsmen attacked their home at about 9:20 p.m. in Jebbu Miango village, Miango District, Bassa County. Ladi Jeffrey was mother to a 16-month-old baby.

Earlier that day, Fulani herdsmen had trespassed on his farm and issued threats, he said. About five herdsmen forced their way into the house that night, each of them armed, Moses said, adding that he was asleep in his room with their baby while his wife slept in another room.

“I heard gun shots. I woke up and was very weak. I tried standing up but was unable to do so,” Moses told Morning Star News. “The herdsmen shot their guns three times before forcing their way into our house.” 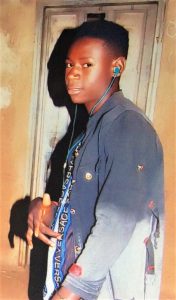 Shadrack Zwewhie, 19, was killed in Jebbu Miango, Nigeria on May 20, 2021. (Morning Star News courtesy of family)

Ladi Moses, instantly killed, was a member of a local Roman Catholic church, as is her husband. Zwewhie, a member of the Evangelical Church Winning All (ECWA), was taken to a medical clinic where he later died, Moses said.

“I believe those who attacked my family are Fulani herdsmen, because they’ve been responsible for the incessant attacks on our people,” Moses said. “Earlier that day at about 4 p.m., the Fulani had trespassed on our farm, destroying our crops, and threatened to attack us afterwards. We did not take their threat seriously, and we never knew they would attack us that same day.”

Moses, married in April 2019, said police did not arrive until about an hour after the attack and thus could not pursue the assailants.

“The sad thing is that there are soldiers stationed close to our village, but they did nothing to stop the herdsmen,” he said. “The government has not been able to address this issue, and each time we try defending ourselves, soldiers will stop us.”