You are here: Home » Prophecies » “You must let God’s love flow now to bring a sure defeat to the plans of the enemy.”
Share this post: 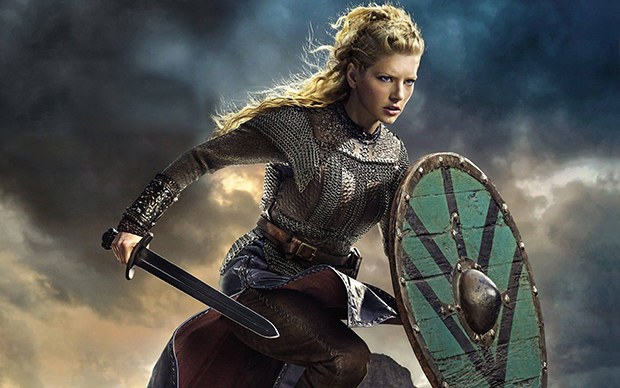 In a vision received on April 27, 2021, I was standing with my bow and arrows on my back and my sword in my hands. A lying demon was tormenting many people and had captured them and had come near me to speak his evil words.

I saw him drawing near and as he opened his mouth to pour out foul slime I cut off his forked tongue and pinned it to the ground. He was very angry as I did this and I forbade him from ever speaking again. Just as I was about to slice him more with my sword, I saw more demons coming close to help their brother demon. Just as I raised my sword to fight them, I felt the hand of my very big angel with me on top of my head and he spun me around to face him and he said,

“No Sue, there will always be lying demons to contend with on the battlefield, but you must see what is waiting beyond them, that is more important for you all to prepare for right now. What the body of Christ is fighting right now in the current onslaught of the hordes of lying demons is not the main battle, these are just a wave of distractions to wear out the believing saints, to divert you from things planned just ahead of you. You must all regroup and focus on what is behind this deceptive wave, for another bigger demonic wave is coming.”

I looked behind the army of lying demons attacking and spitting their slime on everyone they saw, and then my eyes zoomed in and I saw an even bigger force of demons who were more deadly than these. They were massive and fierce and slaughtered everything that was not under the delusional spell of the lying hordes. I was mortified at this sight. I looked at the angel with me questioningly. I said, “What are we to do, since the remnant is still so few? What is the strategy against all of that that is hidden from our view?”

He just stood there for a minute surveying the armies in front of us, then he smiled. His hand was still on top of my head as he turned to look down at me because he was way taller than I was. He said, “Use your bombs.”

He smiled and said, “Of course! Your greatest weapon is the love of God, pull out your love bombs and begin to throw them into the demon armies and they will surely be defeated. Your generation must learn that the power of God’s love is greater than the power of lies, more powerful than hate, and fear. You must let God’s love flow now to bring a sure defeat to the plans of the enemy.”

So I reached into myself and took out a burning coal from my heart and threw it as far as I could into the raging horde coming near us all. It flew into the crowd and exploded with a fierce fire and it sent a great terror among the demon armies as they could not stand in the presence of the love of God. Soon everyone else fighting with me on the battlefield around me started throwing coals of God’s love from their hearts too, and God’s rain of fire descended upon the whole battlefield and the casualties among the enemy were great, but most of the evil hordes were screaming and running in terror as the fires hit them. The whole wave that was coming towards us was thwarted and their plans to defeat us were overturned!

The angel with me then took his hand off of my head and said,

“The greatest wisdom you can have is to know when to fight and when to love. The greatest weapon that you have at your disposal is not your bow and arrows and swords and axes, but no, it is the love of your God. Learn to abide in God’s Love and you will never lose a battle. Learn to use God’s love properly and you will see the power of hate dissipate and you will always save lives. You must not be caught up in the wave of falsehood and greed in which you all are currently fighting in the earth, you must be wise and alert and see with wisdom what other demonic strategies lie behind this one.

The greatest victory of your time is just ahead for you all. Learn to see people through God’s eyes and the love of God will always flow. You have been given the greatest honor of all, to bring the great love of your God to an entire generation. Go, and set the captives free, the harvest is ready, for we are with you to the end.”

Is this an example of the love bomb at work?
https://www.lifesitenews.com/news/watch-elderly-catholic-woman-in-tears-kisses-feet-of-angry-lgbt-activist-then-they-make-sign-of-cross-together

Boy, I needed that! Thank you.

Wow Susan, that was profound!
Yes it is written “Love never fails.”

THIS HOLY LOVE.. this glorious LOVE BOMB.. I lay me down in abject rest, IN HIM. “His left hand is under my head, and his right hand embraces me.”
My Sabbath. I abide in Him.

The First Fruits of the new creation, this all-together desirable Champion, the valorous Lover of my soul- the only One who fought for me, has triumphed! The Lord has fought for me and I have held my peace!
No work remains but to believe. Rest now in THAT LOVE! It will leak out.. do not be afraid or embarrassed my darling, for it cannot be contained! It fulfills the Law and the Prophets for it is stronger than Death!

`Come away with me. Let us go alone to a quiet place and rest for a while.’

‘Even so, Come Lord Jesus!’

Amen! Thank you for this encouraging message Rev. Susan. I believe the season that my family and I are in is a test of our faith. Although there’s been a lot going on during the last year, and the last few months (in particular), I’m thankful to know that Our Lord Jesus is clearly speaking to His body! I’m excited and hopeful to see how he’ll continue to use me and my family, and the greater body of Christ.