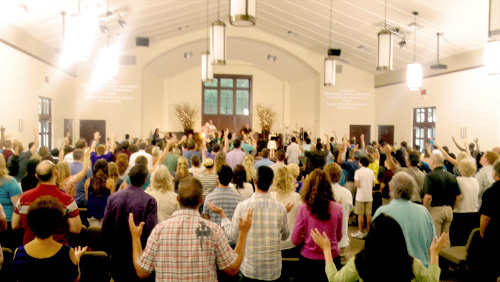 The Lord is saying, “This year is the judgment upon My house, meaning judgment has begun at the house of God FIRST.

You cannot command Me. I will have mercy on whom I will have mercy and judgment as I will. I will take some home with Me this year, and there will be those that I take out of here and they will enter eternity without Me. For I am God and there is no other.

I will first judge ALL United States prophets and pastors. My hand is raised to remove churches that I have long since left. There will not be many make it if they do not repent. Hear the word of the Lord.

2016 will leave everyone in turmoil. You don’t believe? Then watch what I will do. 2016 will bring much chaos and mayhem such as has not been seen.

Hell and the afterlife will be more real to you in this season as things take off, things you thought would not happen.

My true church will arise in this year and in 2017 will begin the coming of the Kingdom-age church and the reign of Yeshua. We will walk in much more Kingdom authority because the Kingdom of God will be at hand. God will begin to more intensely build His church likened to the church in the book of Acts. There will be more added daily to this church as more people enter in. The glory anointing will be so very heavy that some people will glow. There will be an increase of God’s authority and power beginning in the five fold ministries.

Guard your ears for you will hear false things come out of those that claim to know and speak for Me. A true prophet, prophetess, or messenger doesn’t bring in only peace and safety, nor do they proclaim only prosperity, rather they warn when they see danger approaching. They can see things pertaining to the church as God gives them clearer insight. They are not shaken by slander or persecution against them. They are sold out to the Lord and their sole purpose is to serve God and harvest souls.

Their needs are provided by God, so if a person does bless them they know how to put that blessing back into the Kingdom. They are not easily distracted and will continue moving forward. They do and say only what the Lord directs. Selah!

Please see a dream and interpretation here called “Terror in the Churches.”
http://themightyhandofgod.com/

Bette thanks again for posting your strong message from the Lord. This morning I heard in my spirit about the judgement upon ministries, which I guess ties in with the title of your post “this year is judgement upon my house” and house includes the various ministries. I thought I had escaped judgement because I am not pastoring a church these days. And I dont have a “ministry” blog site or an organisation that I manage….. but in conversation with the Lord he reminded me that I have 2 posts here on z3 and that certainly counts for ministry. Therefore I am included in His judgement on those who minister. No one will escape. He is no respecter of persons. It will be like The Lord sending an angel to do an audit. He will require accountability. I am very conscious of this as I type this “comment”, in that I am using language to the best of my ability and retaining integrity. So ministries of all sizes are going to be scrutinised. Some will be found wanting. Let’s pray and uphold our ministries around the world. (BTW I am writing from an Australian perspective).
…..For everyone to whom much is given, from him much WILL BE REQUIRED; and to whom much has been committed, of him they will ask the more. (Lk. 12:48 NKJ) The context here is verses 35 to 48 of Luke ch 12 where Jesus is talking about servants and many things highly relevant for today..
…. You have been weighed in the balances, and FOUND WANTING (Dan. 5:27 KJV, NKJ, ESV, NIV).

PRAISE AND GLORY TO THE GREATEST ON HIGH

The Spirit Of The LORD Told me In The Past Week
That Prices Of Food Will Be Going Up.

Let Us All braces Our Selves For The Up Coming Challenges.
Life as we Know it, will never the same again.

King Yeshua/Jesus has paticularly,
Laid emphasizes on the Families.
The Spirit of LORD told me that lacks of ‘ things’
will causes” Erosion of Trust In The Families”.

Let us Turn, Turn Back to The LORD,
REPENT You! Repent Me!! Repent All!!!.

Bette – I had a confirmation to your good word this morning. Just as I was awake but with my eyes closed I saw a man in a glowing white robe standing off to my left on the corner of a property covered with trees.  I couldn’t see the man’s frame itself but just the glowing robes.  I felt that this was an angel or messenger.  He said “Jugdment begins with the church today”. As I looked at him I asked him what else did he have to tell me and he said “tell them”.

Rachel,
This is a RHEMA word from the Lord……….and that was His confirmation to you………GB

Bette – I had a dream right before that vision. I’d like to share it now that I’ve had time to seek the Lord on its meaning.
I was getting on some kind of carnival ride.  There were places for each person to stand and be strapped in.  I was indecisive about my seat or place and finally decided on one in the corner. I wanted My husband to ride with me but he was reluctant.  The carny conductor came around to help us get situated.  He needed to position a board under my feet so I could reach the strap.  For him to do that I had to spread my legs and scoot back.  I was wearing jeans.  It felt awkward to me and he said “I hope this is Pentecostal charismatic” as he leaned down to position the board.  I saw that he had three eyes.  Then another man walked up to the ride and saw the cash register and the price that it said for the ride on the display and he proclaimed that they were charging way too much for this ride. I can’t recall the price for sure. End of dream.

Dream Interpretation –
The carnival itself represents the current Church of Christ.  There are those seeking a “cheap thrill” and have no desire to be in true relationship with the one true God.  There is dishonesty, trickery, and shams being perpetrated in the church body – they are nothing more than shows to trick people into giving their money, not to do good, but to be entertained.  The particular ride in the dream that went around in circles pointed to the “Pentacostal Charismatic” movement and was being called out for its abuse of the gifts of the Spirit.  The carnival ride conductor with the 3 eyes represented witchcraft and occult which has infiltrated the church.  The enemy has twisted God’s word and has placed the Body under an evil spell.  The man who walked up to the ride and called out the ride for being overpriced, thereby speaking against the falsehood represents the true Bride of Christ, the remnant of Christ being raised up, equipped and prepared to be a light in the darkness and to speak against the ways of the enemy.

Let us not be deceived!

Rachel,
That is a very interesting dream,,,and what it all boils down too is this…The church has very little power…God took/flew me over the churches of the USA and showed me the heart of the church several years ago and He was very very displeased……
Now ,as for the gifts of the Spirit,they need to be taught properly,and used properly,everything in balance and because everything ihas become so false ,the truth whether it be through God’s true messengers or true gifts of the Spirit are either not taught at all or taught so that the focus becomes on the gifts.ie) signs and wonders soi t goes from one extreme to another ……God has shown the intent of the heart in a couple places of the bible……That is why we need to cultivate sharp discernment …GB

http://www.latimes.com/local/california/la-me-el-nino-la-river-20160107-story.html………..much, much rain and water in the much parched desert……….SIGN that the LATTER RAIN of the Spirit is here……..Praise Christ!

http://www.bible-codes.org/2025-jubilee-what_it_means.htm………….DEAN COOMBS predicted the future using bible codes in the OT………I was there when he did it…….I was eye witness……..Coombs is Gifted from God for BIBLE NUMBERS, BIBLE NUMBER PATTERNS, SIGNS, SOLVING RIDDLES, ETC………..he said that the JUBILEE is 2025,,,,,,,but others are saying that 2016 is the JUBILEE………I have confidence in Coombs………

9-11-08 world trade collapse……when Bush saved the world with the TARP…..SIGN FROM GOD.

Dennis,
thank you for your comment…..God is doing many things and all of us should have our confidence in God………GB

Someone more well read in the Shemittah may have insight on this? Also, isn’t this the Jubilee year?

Although I have read Mr. Cahn’s book, I do not consider myself “well-read” on the Shemitah.

Nevertheless, I feel compelled to respond to your inquiry.

NEVER overlook the fact that any words of Mr. Soros that you or I will ever see, are scripted, and released with the specific intent of inducing an effect.

The Shemitah was SUPPOSED to be a blessing to Israel. But because they did not keep GOD’s command to let the earth rest, it became a curse. Leviticus 25:3-5
For six years sow your fields, and for six years prune your vineyards and gather their crops. But in the seventh year the land is to have a year of sabbath rest, a sabbath to the Lord. Do not sow your fields or prune your vineyards. Do not reap what grows of itself or harvest the grapes of your untended vines. The land is to have a year of rest.
Because GOD’s people did NOT do this, they spent 70 years in Babylonian captivity ( One year for every 7 years of disobedience, 490 in total).

Suffering and trouble are being overcome. Put them under your feet. Walk out and walk away. I will enlarge your steps and I will show you the exit strategy. The direction of life that tends to destruction is being barred and I am become your way, truth and life. You are coming out. This is coming out time. This is renewal time. Believest thou this? If you can believe then all things are possible. Step into possibility. Rise up in faith. No more rationalizing away My promise. No more imprisonment or failure. This is your time because it is My time. Time is at My feet and therefore your blessing time is at hand – so rejoice!
fathersheartministries.net
This is an encouragement I believe when everything is falling around us, God is our exit strategy.