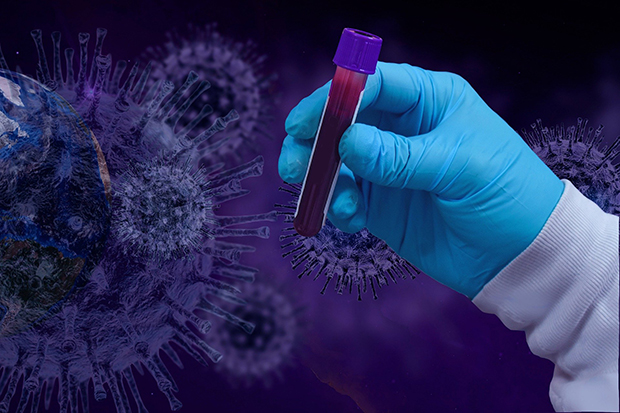 The Lord spoke to me as He showed me a vision of another plague coming upon the Earth after COVID-19, saying,

He was speaking to me about abortion through the following scripture passage:

20 “Moreover you took your sons and your daughters, whom you bore to Me, and these you sacrificed to them to be devoured. Were your acts of harlotry a small matter,
21 that you have slain My children and offered them up to them by causing them to pass through the fire? (Ezekiel 16:20-21 NKJV)

Then the Lord said,

“The innocent blood screams (a blood curdling scream) from the ground. The blood of these millions has kindled My wrath. I will visit them (the nations for this wickedness).”

Many will return to “business as usual” and will not repent for their wickedness, including many in the Church. Sadhu Sundar Selvaraj saw something very similar a while before I saw this while reading in Ezekiel.

The Lord will punish the inhabitants of the Earth with another serious plague that will cause many deaths. His judgment is coming to the nations because of the hideous and vile act of abortion. The blood of the millions of babies who have been murdered are constantly crying out from the ground, polluting the earth. The Lord has had enough of this sin. He will now judge the earth again with another plague.

Thank you for that reminder Laura. Yes, we are always protected by the blood of the Lamb. We are covered in Christ. The judgment of God does not pertain to us as we are in Christ.

Rev 16 talks of boils on the people who take the Mark of the beast.

Your welcome! God bless you and your family Matthew. The Holy Spirit is giving different members of the body of Christ bits and pieces of what is coming. Humble repentance, and prayers from the body of Christ helps according to the word of God. We must all pray for Gods mercy and grace. I pray for supernatural protection for everyone reading z3news and for our family and friends as well. We must all live by faith and trust God/Jesus to protect us.

I received the following word on March 13th. I think that it is supportive of your word.

I think we are reaping what we have sown and will continue to reap, until we repent.

Jesus Christ, by dying, conquered, disarmed, and disabled, death for believers! Plead the precious blood of Jesus over your doorpost!
Do not fear! Repent and obey God! Jesus died to save us!

Mena Lee said 3 phases / stages of judgement. So after this pandemic season, possibly another plaque or famine or war

Before I went to bed last night I asked the Lord if he wants to reveal anything to me. He gave me a dream. It was very sequential. Like all things happened back to back. In the dream I was in a building or looking inside it but there was a very very bad earthquake. I could feel the shaking. The building started to break and all windows shattered, then I saw the biggest lightening flash, then I saw a rainbow, then I saw Satan’s chains, then I saw heaven coming down to earth. Done..woke up

God does not want his people living in fear! He wants us to live in faith that God will protect his people. https://christinprophecyblog.org/2020/04/prophetic-perspectives-3-gods-peace/

After reading my Bible and praying the Holy Spirit showed this as well. The name of this plague is “THE GANG GREEN PLAGUE!” There will be another quarantine. I saw two dead bodies outside a man who I have never met before’s door. The man spoke over the telephone and said “I can’t meet, I’m in quarantine. I’ve been exposed to the GANG GREEN PLAGUE!” I posted this on Z3News long ago!

I remember that Laura! Wow.

As a registered Nurse fully Qualified ..I know for certain Gangrene can only be caused when the Blood flow to limbs eg legs> feet> -toes (extremities) .& arms – hand to fingers is impeded and cut off..

The blood supply does not flow to the smaller anatomical extremities thru the deep …veins & the blood flow is cut off causing the limb ,,usually the toes or hand- fingers to go black & necrosed.

When this condition occurs impeded blood flow & blackened extremities eg toes This necessitates Amputation of the toes or the Limb.involved.Diabetics can get this also..or thru severe mechanical injuries that cause loss of Blood flow..ie Impeded Blood Flow.

My husband alerted me to this report 2 days ago…re Nick Cordero
This site explains what Gangrene is
https://www.mayoclinic.org/diseases-conditions/gangrene/symptoms-causes/syc-20352567

Anne they are finding blood clots in the Coronavirus patients that are dying. I thought you might find this article interesting being that you are a nurse. https://www.washingtonpost.com/health/2020/04/22/coronavirus-blood-clots/

Thanks Laura ..Yes it seems this is happening… thank you for posting this Washington post link…will read with interest. Bless you !

Laura …The Covid toes!…My eldest son was reading about this on his phone this am… news article he saw.. our 9 news had it as a headline saying Covid Toes in the young….it said some children were showing purplish discolouration of the toes.? like bruising.. before having any other symptoms..

Millions of innocent kids too are killed via the international pedophilia child sex human trafficking network that has existed for decades on this planet, their blood is crying out for justice and vengeance!

Titled Truth You Must Know .to do with what is said by staff members prior to President Trump Press Briefing
.
1)**https://www.youtube.com/watch?time_continue=261&v=8sdY6Cwjm6o&feature=emb_logo .

now they say they had to improve the audio so have to listen carefully but well worth listening to.Part 2 is up also.

My heart goes out to many people including all the Health Care Workers..all allied health professionals working in emergency areas. & the general public.everyone…
..
This is another by Dana Ashlie
2)https://beforeitsnews.com/alternative/2020/04/banned-on-yt-covid-19-the-step-by-step-new-world-order-plan-

I believe it is all about Crashing the economy Globally ties in with posts last few re.. oil & economy.. that has always been the Globalist Agenda ..to crush,crash this present system to bring in a new one. all under their rules and totally against The Fathers word.

Modelling of the economy where my family & I live says Treasury predicts unemployment of 11 %& falling property prices of up to 9% by Sept or end of the year.

We have to be so aware of all the tricks.. & deception surrounding many things . ( what we are seeing in this time) .total discernment..as it says The Elect would be deceived if it were possible.

Does anyone know from the Lord why oil prices are in the negative???

Landon this video I found today may explain why oil prices are in the negative.

Chris Martenson video…he has done many on the Corona Virus also.

He notes the carnage going on in the oil markets, with near term oil contracts now trading at Negative (-ve) prices.This is Historic & will have massive implications.for the economy & the financial markets going forward..

He says more on this coming soon so stay tuned.

I also know Steven & Yana Ben Noon have covered something on this also: They are believers & have their own channel on their website: Israeli News Live. …I watch many of their videos ( lots of research they do regarding End Time Biblical Prophecy)

Again these are subjects that only someone who is gifted in this area can understand – I am not an Economist I am a Nurse but I do understand things thru the Holy Spirits help..so yes seek him for the TRUTH & the correct information that will always line up with Biblical Prophecy …very complex subject…End Times ( Book Of Daniel & Revelation etc)

Can the invading hornets bring about the STING, that can cause the green gangrene.

The destruction of the economies, could be the agenda, to bring about war and destruction, and any player could Ignite it.

The earthquake OR a volcanic eruption, like Yellowstone or Madrid fault, causing the ash and the chemicals ..could cause the famine and destruction of livelihoods with suffering.

I am just querying this because, many of the Dreams for the past 3 to 5 years are seeming to fall in place AND I am very much in MOURNing because None of us are READY in that sense I thing, even AS Believers.

This Passover, a few Dreams, similar to in book of Revelation, has been shown, and I am still pondering over it, ASTOUnDED at the Suddenness of it being enfolded before my eyes.
Be blessed
Paul