You are here: Home » Church » Mighty Ones » “It will be heard, ‘Who are these and where did they come from?'”
Share this post: 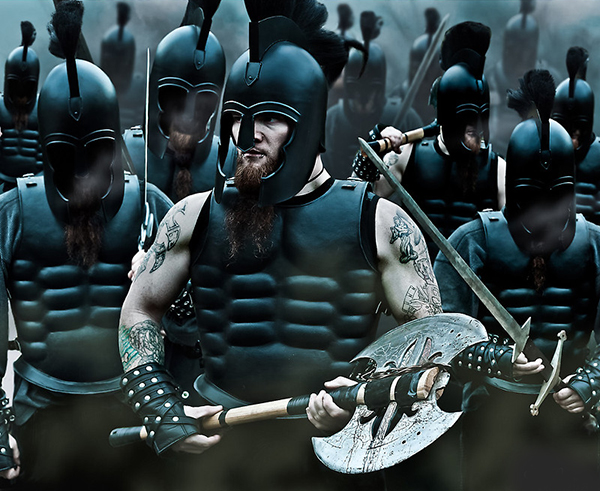 While praying the morning of December 2nd, the Holy Spirit began shushing me to silence. After a while, I asked, “What, Lord?” He then spoke the following:

“War in the Heavens was announced to you. This war will soon manifest in the earth. At this time, the division between those who say they are Mine will also manifest for all to see. You will be hated of all men. My Hidden Ones will begin to come forth, and it will be heard, ‘Who are these and where did they come from?'”

Interpretation:
Through this word, God spoke volumes to me, making clear the urgency of His previous message, “Come to The Garden!” (If you have not read, please do so before continuing; otherwise, this message will seem incomplete). But as a brief recap, the Lord had said,

“The way to the Garden is open again. Entrance is obtained through Jesus. Come to The Garden!”

Jesus entered the Holy of Holies by His death, presenting His own Blood once and for all. He’s beckoning His Bride to enter this sacred, most holy and intimate place of communion with Him. We wants her to know He is The Way and that “His Bride will drink from His cup!”

“My people will go to the Garden by way of the CROSS. The path that leads to the Inner Sanctuary first goes through Gethsemane.”

Entrance to the Garden is obtained through death. The Bride enters as a dead woman, her life poured out as a drink offering before Him.

Saints, this is the Power of the Bride: She enters empty, able to be FILLED! As she gives Herself fully to Him, she opens herself to receive, and the two become one. The EXPLOSION I’ve seen as the two become ONE staggers the imagination. Everything the Bridegroom has obtained is given to Her:
the same exceeding greatness of His power, which He worked in Christ when He raised Him from the dead and seated Him at His right hand will be exerted in The Bride. She is raised and seated together with Him in the heavenly places.

She was previously incomplete, but she now becomes His Fullness – the Fullness of Him who fills all in all. As The Bride comes forth, the mystery and manifold wisdom of God hidden from the foundation of the world will be made known by her to the principalities and powers in the heavenly places.

Jesus referred to one such mystery in a parable. He said God provides seed to the sower, but unless that seed dies and falls to the ground, it remains alone. Only after it dies, does it produce a harvest.

Brethren, our lives are seeds given to us by God to be sown. Until His Body – the Bride – dies, there can be no harvest!

God gave me a vision of a time when the very last member of His Body enters the Inner Chamber. His Bride now complete, will stand to her feet! By her death, the word of her testimony is activated. She is beautiful and strong, with the light of God emanating from within her. All power and authority is given her to go forth.

This will be when it is heard, “Who are these and where did they come from?” The Bride will be used in the midst of the coming calamities, to bring in the greatest harvest of souls in history!

The Lord wants to encourage His people, to remind us that for the JOY set before Him, Jesus endured the cross – so will His Bride. God wants us to know the time is NOW! Horrors such as has never been seen upon the earth are now at the door. The Lord has reserved a people for Himself specifically for this time, and He calls them His “Hidden Ones.”

I pray we fasten our eyes upon Him and heed His urgent call to ‘Come to the Garden.’ I pray everyone reading this message will be one of His Hidden Ones!
All scripture references have been included below. Please pray over this message for confirmation and revelation of how this applies to you.

Scripture References:
Psalms 83:3, “They have taken crafty counsel against Your people and consulted against thy hidden ones…”

Psalms 31:20, “You shall hide them in the secret place of Your presence from the plots of man; You shall keep them secretly in a pavilion…”

Joel 2:16, “…let the bridegroom go forth from his chamber, and the bride from her closet.”

Psalms 91:1, “He who dwells in the secret place of the Most High shall abide under the shadow of the Almighty.”

Philippians 2:17, “Yes, and if I am being poured out as a drink offering…”

Ephesians 1:19-20, “…and what is the exceeding greatness of His power toward us who believe, according to the working of His mighty power which He worked in Christ when He raised Him from the dead and seated Him at His right hand in the heavenly places…”

Ephesians 2:5-6, “…made us alive together with Christ, and raised us up together, and made us sit together in the heavenly places…”

Ephesians 3:9-12, “… to the intent that now the manifold wisdom of God might be made known by the Church to the principalities and powers in the heavenly places.”

John 3:35, “The Father loves the Son and has given all things into His hand.”

2 Corinthians 9:10, “Now may He who supplies seed to the sower…supply and multiply the seed you have sown…”

John 12:24-25, “Most assuredly, I say to you, unless a grain of wheat falls into the ground and dies, it remains alone; but if it dies, it produces much grain. He who loves his life will lose it, and he who hates his life in this world will keep it…”

Hebrews 9:16, “Where a testament is, there must also of necessity be the death of the testator.”

I found this post by Mario Murillo: https://mariomurilloministries.wordpress.com/2019/03/04/separate-to-me/. And it spoke greatly to me. Perhaps, it may speak to some of you as well, especially if you feel you’ve been or are being specifically called, prepared, and equipped for a ministry of prayer and fasting. Of course, all believers are called to cultivate such a lifestyle, but if the Lord has placed this calling in your life, you will know it beyond a shadow of a doubt. A calling is like a river. It flows (that’s what a river naturally does), and it brings life where it flows.

GOD BLESS You Dear Diana, this is Truth from our Dear Holy Spirit. X

Diana, thank you for being a servant of the most high

The Holy Spirit within me bears witness that this prophecy is a true message from the Lord God, and that is the way I should take it–so be it.

Thank you sister, for sharing this exciting announcement,_a revelation unfolding.
That First (Fruits) Resurrection of Jesus Christ’s Body, The Bride and His Glory manifested in and thru her, Zion is close at hand, Hallelujah.!!!
“Out of Zion, the perfection of beauty, God hath shined.” _Psalms 50:2
“When He comes to be glorified in His saints.”,_
2 Thes.1
“In the (First Fruits) Resurrection, they are (Become) like the angels of God in heaven.”

Hidden as a Chosen arrow, in His Quiver:
The Manifestation of the sons of God.
“If Indeed we suffer with Him,_ the glory that is to be revealed to (and through) us.” – Romans 8 :17-18
Death, Burial and Resurrection;
“I am crucified with Christ.” _ Galations 2:20
But first that woman, the bride has traversed through that Garden along that path to and through The Cross experience, as outlined in Isaiah 49, which Precedes the “Resurrection Glory” as the sons of God are Manifested, Romans 8:17-23
* “Who has begotten these,_ and from where did they come .” ?_ Isaih 49:21
Please note the overlap of different verses, between Isaiah 49 (Purification or Preparation,_ Dying unto self)
And The Resurrection Power, At-one-ment, The complete Redemption Manifested within Isaiah 60,_
” Arise, shine for thy light is come and The Glory of The Lord is risen upon you.”
Fruit, more fruit, Much Fruit.;
The Three Fold Fulness of The Godhead;
“Some 30, (The Son ) some 60 (The Spirit) and some 100 fold.” (The Father)
A Transfiguration Glory awaits The Bride of Christ, Soon to be revealed as The Feast of Tabernacles is Fulfilled within the earth.!
A major offensive, push against the kingdom of darkness will soon be underway, as that shaking comes.
His Kingdom Comes, His Will is done Within the earth.!
Grace and Peace, Shalom!,_
The War Eagle

The essence and concept of the “manchild” doctrine, culminating (harpazo) at Rev. 12:5, and reappearing at vs. 6!! (The “they” people found in the KJV).
Thank you Diana and Robeet for sharing…..
Blessings to all….

Thank you Diana. I know by the Holy Spirit that this word is from God. In particular, I felt a strong anointing when I read this portion: ”God gave me a vision of a time when the very last member of His Body enters the Inner Chamber. ”
I believe that He wants me to know that truly, there is time coming soon when no one will enter in as His bride. I am pursuing Him. I am asking Him to help me enter the Garden and drink His cup. I truly desire to be part of His bride. thank you for your prayer for us to be part of His Hidden Ones.

Francine,
Yes, the time is coming when the door will be shut to the Bridal Chamber. The parable Jesus gave of the 10 virgins is amazing (Matt 25:1-13). Notice ALL are described as virgins, all were expecting Jesus, and all went out to meet him. But only 5 were accepted, and the door was shut on the rest…

You speak to my spirit Lord through your servants, Thank you!
This out come and the coming into the garden and then going back to the lost world was also seen by another.
The book ” the final quest” is for us this day and this hour.
I cannot recommend it enough.

The Lord be magnified!

AMEN To That Dear Brent i have read it from cover to cover started one evening and finished it the early hours of the following morning as i couldn’t put it down. GREAT READ…! GOD BLESS You X