You are here: Home » Church » Teaching » When someone has brushed up against God’s awesome presence: They walk with a spiritual limp.
Share this post: 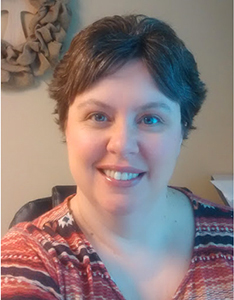 I have been walking with a “spiritual limp” for some time now. I have been to the mountain top in the past and been enveloped by the cloud of His presence. I have also spent many long nights in the dark valley. I have crawled into the cave with Elijah many times and waited for God to pass by or whisper in that still small voice, only to hear nothing but my own deafening doubts and insecurities bouncing off the walls of my mind.

After the all night struggle with God, Jacob was renamed “Israel” (meaning “he who wrestles with God”). For some would have thought the audacity of Jacob to wrestle with God, to resist God, to get in God’s face and say defiantly, “I will not let You go until you bless me as you promised.”

God didn’t put Jacob in his place with a slap on the wrist. In fact, He rewarded his feisty persistence by giving him a new name — a new identity! — as one who has “wrestled with God… and prevailed.”

When someone has brushed up against God’s awesome presence: They walk with a spiritual limp.

They have scars from those all-night shouting matches with God. They have arm wrestled with God in the silence. They have grabbed onto God and refused to let go. They have cried a river of tears, but still keeping the stance.

I’m afraid many of us mistakenly think God wants timid, polite followers who aim to please and appease, those who try to walk on eggshells around Him, trying to keep our voices down, acting properly and yet we must keep our fears, doubts, disappointments and frustrations to ourselves. We think wrestling with God is a sign of spiritual weakness and immaturity.

For me, I feel God wants his feisty radical and bold followers who aren’t afraid to “wrestle” with Him and wrestle out loud with our faith and doubts.

In the Psalms, David lets his praises and frustrations be known to God.
We often prefer a quaint, polite faith that keeps the wild and unpredictable God at a distance. We put Him in a box, put a lid on it, and keep Him on a shelf at our disposal.

It turns into what I would call a sanitized and safe Christianity! But we are missing out on the true adventure of faith-stretching obedience that calls us out into the night, to wrestle our doubts and fears down to the ground, to encounter God out under the stars.

In my life, in my ministering, I want to be one who leads and walks with a limp, one within a community of people who would rather be uncomfortable, not just going through the motions, but hungry and thirsty just to be in the awesome presence of God, to encounter the true and living God, than just to be comfortable in our own self-made boxed up world where Jesus’ presence is kept safely at a distance.

Dana Jarvis is the Founder of Hezekiah’s Wall Ministry. The calling and mandate God has placed upon her life and ministry is to Empower, Equip, Encourage, by sharing the Fathers heart to reach out with a rope of hope to the cave dwellers, the broken, the wounded. She is an author and Prophetic Seer, Intercessor, and evangelist relentlessly pursuing after Jesus. Her first book titled His Daughter Unveiled was a walk through of her many God encounters.