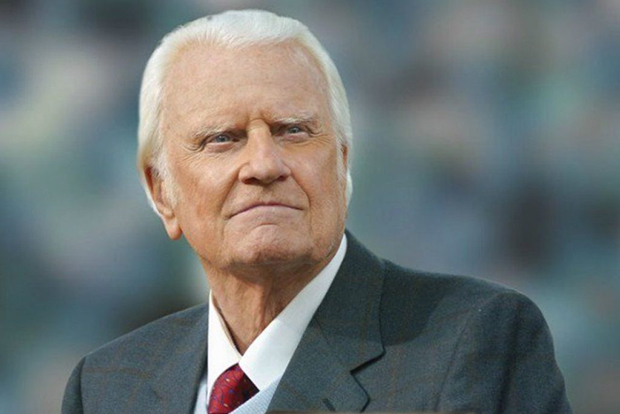 Most of the world is aware that the beloved evangelist, Billy Graham, passed away on 21st Feb 2018, aged 99 and this has marked a pivot point and a marker in the spiritual history of the world as we know it. The Internet and social media have been flooded with reminders of prophetic words given by many that this man of God’s death will usher in a season of incredible harvest of souls. The Word tells us that for this to happen, someone has to go out and bring the Gospel to those in need of salvation (Rom 10:14,15).

The title of this article is usually quoted as the meaning of the name ‘Methuselah’ as after he died, the flood came. However, digging into the Hebrew root words of this name reveal other nuances and it could just as easily be translated ‘mature man who is a spear’ or ‘a man capable of war, the branch’. The Hebrew word meaning ‘spear’ is derived from a word meaning ‘sent out’. So within the folds of the name Methuselah there is also ‘My servant, the Branch’ mentioned in Zechariah 3:8 and ‘a weapon sent out’.

Billy Graham said, “I despise all this attention on me…I’m not trying to bring people to myself, but I know that God has sent me out as a warrior.” Billy identified himself as a ‘Methuselah’; one sent out to war for souls. And he did this passionately for 83 years.

After he dies, it will come… what? Yes, judgment on a worldwide scale for wickedness, but also an incredible outpouring of the Holy Spirit to equip the harvesters of the final great harvest of souls. If a grain of wheat falls to the ground and dies, it yields a rich harvest in like kind because each seed produces after its kind. What kind of seed was Billy Graham? He was of the seed of Christ and the fruit of his life testifies to that. Billy Graham’s surrender to Christ at the age of 16 represents one seed that fell to ground and died. That death to self and the flesh for the remainder of his years brought forth a great harvest of souls in the earth, but that is not all that Heaven has planned.

The transference of Billy to Heaven has marked the trigger point for the final season of rich harvest to begin. The original Pentecost outpouring on the group of 120 waiting in the upper room was but a down-payment and foretaste of the worldwide outpouring of the baptism of fire upon the surrendered ones waiting in the upper room today. For those who have prepared the soil of their hearts and nurtured the seed sown in it, we are entering the season of hundred-fold increase, of radical and sudden change, of the fire of God being deposited and shut up in your bones, propelling you into the harvest field.

There is coming in 2018, a mighty thrust of harvesters into the earth; those capable of war who are part of the Branch company, building the final parts of the true temple of the Lord. They are capable of warring because they have been trained through a very hard and long wilderness of refining and testing, and they are ready to receive the appointed final fiery equipping.

Something important to notice is that the outpouring at the first Pentecost did not fall on the whole of Jerusalem, but only on those who had been obedient to the Lord’s instructions and who were prepared and waiting for the promised ’power from on high’. In the same way, the death of Billy Graham is not going bring an outpouring upon all who say they are ‘in Jerusalem’ or part of the Body of Christ. Many are called, but few are chosen – and why is that? Because few there are who are willing to pay the price and stay the course, being obedient to the smallest instruction and follow the Lord with all their heart. Few there are who are willing to wait in that waiting room for an unspecified amount of time, until Heaven decides it is time for the outpouring.

Many have tired of waiting and rushed out in the flesh and used the latent power of the soul to drum up a counterfeit fleshly sort of ‘Christianity’, full of excess and devoid of the Spirit of Truth. Many golden calves in worldly trappings have been danced around but no life has come from them. Only that instituted in Heaven’s time and in Heaven’s way will bear within it the Life seed that can reproduce Life after itself. The last 100 years of Church history is testimony to that.

From what I am hearing, this new season of evangelism will be totally different from the last. Many are preparing stadiums for mass salvation, and looking for the next big ‘man of power for the hour’, but I believe the greatest move of the Spirit of God in this area of evangelism will be one on one, the true Church released to operate in the power of the resurrected Christ to bring in the harvest!

Just as the disciples spilled out of that upper room, communicating in a vast number of different languages to those gathered around them, I believe there will be many different avenues and creative ways this outpouring will communicate the Gospel to the unsaved. God is going to use every ‘language’ He can to reach out to the lost and so His waiting set-apart ones will receive vast downloads of creativity powered by Love for mankind. No matter what arena you are currently positioned in, from the arts to science, Heaven is coming to give you God’s best kept secret blueprints, revelation and passionate creative expression for such a time as this, which pierces the hearts of stone and wins them for the Kingdom.

The outpouring on the 120 was the firstfruits fulfilment of the scripture in Joel 2:28-32. And now, with the death of Billy Graham, we enter into the season of the full manifestation of that scripture. Read the whole chapter again with new eyes. The amazing outpouring upon the young people and the old, the bondservants of the Lord, is taking place against a background of great shaking and darkness as the Day of the Lord begins.

The death of Methuselah and the start of the heavy rain in Noah’s day marked the beginning of judgment on the great wickedness of mankind on one hand, but the saving of the 8 in the ark, who were appointed to fulfil the plans for the next chapter. This little family of souls were in effect ‘the seed’; the DNA of a righteous remnant which God preserved in the husk of the ark until the judgment was over and the seed could be sent forth and bring forth fruit in the earth. When he dies, it will come; when he dies, a chapter of history is complete and the new one prophesied begins. When he dies, all preparation up to that point is over. A new season begins.

Neville Johnson spoke a while ago about the changing of the guard, which involves a retiring from active duty of one group and the release of another trained and prepared number. This will manifest in so many more ways that we realize in this season we have stepped into, but first let me deal with evangelism. I believe the big name evangelists are part of the old order. They harvested the harvesters of the move being launched now by the Spirit. As long as the harvest leader from the past season is still alive, the ones in the wings have to wait. But when the shepherd is struck, the sheep are scattered everywhere to do the work of the Kingdom. Elisha was not released with his coveted double portion as long as Elijah walked the earth. When Moses died, Joshua took the baton and ran with it, leading the people of God into the possession of their inherited portion in the Promised Land. They could not possess that portion as long as Moses was alive. His death marked the shift from daily provision of manna from Heaven for a homeless people, to eating the fruit of the Promised Land and possessing their allotted portion for themselves.

The old order and new order will be clearly visible side by side in the earth for a short transition season; Just as Jesus and John the Baptist both ministered in Israel for a short period. The old order is those who have ministered in the previous season, gathering souls. Unfortunately many gather to themselves, under the name of a man for the extension of a ministry. In contrast, the new order is the nameless, faceless ones, who seek not the glory of man, but are scattered by the Spirit into the streets to give out the last invitations to the wedding feast. They seek only their Father’s glory and Heaven’s affirmation.

The children of God are led by fathers in the Body who shepherd them and keep them corralled for the sake of numbers and income. The sons of God are led by the Spirit of God individually and no-one knows where they came from or where they are going to, except the Spirit Who leads them. They are unstoppable because they are untrackable. Who knows the mind of God except the Spirit of God and those to whom He chooses to make it known. This branch, ready for war, each possessing the territory allotted to them is terrifying to the enemy. Your people offer themselves willingly in the day of Your power, from the womb of the morning will spring forth Your young men who are as the dew (psalm 110)

Are you willing, waiting one? Will you go where He sends you daily? Heaven has a download for you and the graduation of Billy Graham has clocked us over into the chapter when the scrolls of Heaven are about to be imparted in a fiery download. Get ready to set on fire and sent – it may not be to the other side of the world. It might be to your neighbor or the person standing at the corner. Position yourself for encounter and impartation to equip you to possess your allotted portion of inheritance in Christ. Dense darkness is about to cover the earth but His glory will rise upon you. Billy Graham’s baton is available to the whosoever!