You are here: Home » Prophecies » “The Wealth of the Wicked Shall Be Yours in This Day” 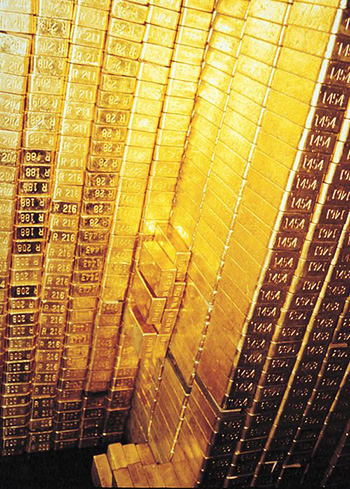 The time is coming soon when what belongs to the wicked shall become yours. I have told you about a transfer, and that transfer is on the way. It is not yet, for My Word must be fulfilled exactly, but it is coming.

The day is coming, My children, when you will awake a pauper and go to sleep wealthy, for I will direct the wicked to give to you. I will cause situations which will bring what the wicked now own into your hands as your own. I will cause a transfer to take place such as you have never seen.

You have heard My promises to you. I have spoken into your heart that you will have wealth. This is My promise to you. The wealth of the wicked shall be yours in this day, only use it for My Kingdom. Use it for good, and not evil, or it shall vanish from you. My children are to be about My work in the earth in the time that remains.

Watch for the transfer, for it comes, and you will rejoice.

NOTE: I saw in the spirit that when the time for this transfer comes, the wealth will literally just be handed over, like someone will just hand over a check out of the blue, just as the Egyptians handed over their silver and gold in Exodus.

Proverbs 13:22
22 A good man leaveth an inheritance to his children’s children: and the wealth of the sinner is laid up for the just.

Exodus 12:36
36 And the Lord gave the people favour in the sight of the Egyptians, so that they lent unto them such things as they required. And they spoiled the Egyptians.

Amen! I pray that we would ALL be good ‘Josephs’ and humble stewards of whatever Father God decides to bless us with, whether it is large, small, or supernaturally-gigantic billions upon billions! We MUST be driven by eternity, with HIS Kingdom purposes in our hearts… because we are quickly approaching the time of the end of this current age.

Now is not the time to heap up treasures for ourselves, as eternity is only a heart-beat away for you and for me, and for the billions of lost souls on this earth. Rather, let us use our time, talents, and treasures to help bring the harvest of souls.

I plead the blood of Yeshua over our hearts, minds, souls, and wallets today, that we would seek first HIS Kingdom and HIS righteousness… and that whatever talents /money / treasures we receive in the coming transfer would be a blessing to Him and His Kingdom forever and forever. Amen and Amen!

Amen Glynda, that resonates with me strongly. I dont know, i just know it will happen and my spirit does rejoice exceeding. ??

Mine too, Jeremy, mine too. I’m thinking the Lord will especially bless those who have a specific plan for how they will use the wealth when they receive it. So we may all need to make plans 🙂 Jesus bless you, Jeremy.

Thank you Alex for the right prayer. Be Blessed

This is a beautiful sentiment and word/prayer Alex……..thanks for the steadfast focus of His Kingdom priorities……..surely you shall be a worthy recipient!

Member
You are The answer

Glynda, http://prepareforchange.net/the-event/ this is it 🙂

I like the Bible story reference at the end: “someone will just hand over a check out of the blue, just as the Egyptians handed over their silver and gold in Exodus” -God’s will be done on this part, but after receiving it, flee Mystery Babylon then do God’s work somewhere in the world!

Amen brother Stephen. When the Israelites were given the plunder of Egypt they turned around and gave generously to Gods work which in that day was building the tabernacle. So generously they had to be forced to stop because they gave far more than was needed. I do believe such a transfer of wealth will not be the blessing everyone thinks but rather a testing of many people’s hearts. Flee mystery Babylon indeed! We need to school ourselves NOW to find and partner with worthy ministries at home and around the world which lead people to Christ AND disciple them into deep character. If we give the $10 in our pockets now we will be more likely to give the $1000 when we receive it. If not I think the pull to spend that money on ourselves (including our own church buildings/programs too rather than outreach) will be too powerful.

Amen and thank you Saeng…..I love to go on missions trips….when I go, I bring extra for my host……and spend pretty much all as I have and give away as much as I can……..but to have great extra as you put it-1K……..would go a long way. Thanks for reviving the missions field work in my mind again……..Shalom.

I study Exodus often, and I never thought of that, Brother Steven – thank you for that revelation, that it was in God’s heart to build the Ark and Sanctuary from the plunder of Egypt – I love that!!!

How long was Moses sending plagues upon Egypt? If I were an Egyptian and had been through crop losses, boils, death of firstborn children and livestock, drinking bloody water – basically decimated and devastated -and I knew it was because of THESE PEOPLE yeah, I’d pay them to leave, too. Pharaoh’s heart was hardened, but maybe not the Egyptian citizens’. Sounds like the USA is going to be plagued – 80% of the people are going to leave or die. And if the USA is Mystery Babylon (I think so) it will become uninhibited. Then what good will all this ‘stuff’ be??? Who wants a Lamborghini in which the previous owner died from a flesh-eating bacterial infection?

Imagine a beautiful house you’d like to live in. Would you want to live in it if it were in Liberia or Haiti? How much would that $1M mansion be worth if it were in Sudan, or Syria? What we’re facing is the USA collapsing into 3rd-world status. Don’t lay up for yourself treasures in the USA, invest in people, while you’re alive! Don’t even desire ‘stuff’. Did the owners of Walmart become rich by amassing stored full of stuff? – No! They served as conduits transferring goods to others!

This is SO TRUE. Many of us are being tested and don’t realize it. Do it now with what you have! Why wait give now!

It will NOT be a gift if giving out of extreme wealth. Anyone can do that, deny yourself seek his will and ACT on it. Go Go Go the time is NOW!!!!

I think the Lord will take great pleasure in spoiling the wicked the same way He spoiled the Egyptians back then, in the end. Jesus bless you, Brother Steven.

Amen to this prophecy…… I receive this in the mighty name of Jesus!