You are here: Home » Church » Harvest » When this wave arrives, it will release a refreshing that we’ve never known before. 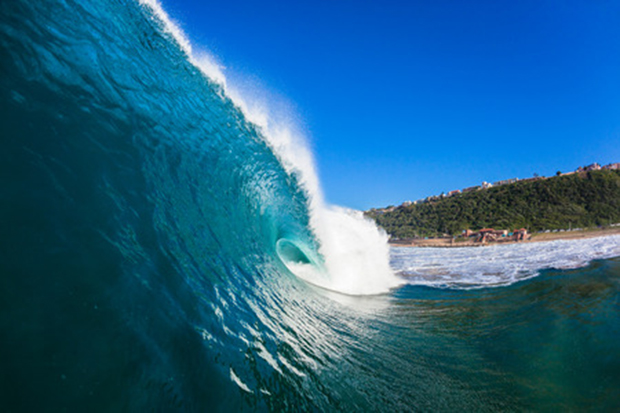 There have been waves of adversity coming against the body of Christ in all areas of their lives. Some are facing physical ailments, some are in debt and facing financial loss, some are involved in family feuds and others are having conflicts with friends and personal relationships.

The Lord showed me a huge ocean filled with people. As the people were swimming in this ocean, some were being tossed to and fro from wind-generated waves, several were being pulled down in a rip current and some even said, “I am being pushed to the limit.”

Some of those people must go to God to get their heart right. There shouldn’t be any division among us and if there is we better make it right. We are tying Gods hands by doing these things to hurt others.

But then there were those who continued to position themselves to stay afloat. They knew how to maneuver themselves out of harm’s way and swim over the waves floating and gliding with ease. They knew how to contend against the sharks that would try to devour them. They understood the tactics to avoid the rip currents that were trying to pull them under. They did not panic, but were determined and focused on riding the tides that rose against them. They knew how to take authority over Leviathan.

Every wave has an ebb and a flow. The ebb and the flow are two phases of a tide or any similar movement of water. The ebb is the outgoing phase, when the tide drains away from the shore; and the flow is the incoming phase when water rises again. Many people are disillusioned by the ebb of the tide draining away from the shore, but the Lord is showing me that there is a tidal wave of revival coming in and we are presently positioned between an ebb and the flow of a great outpouring.

Jesus is releasing His resurrection power once again. That resurrection power will flow through our lives and out of our hands. We will see captives set free with true hearts of repentance. As we begin to sense the shift in the heavenlies, angelic activity will begin to increase. The heavens will open and we will come into the fullness of what the Lord has prepared for us His bride. Expect a tsunami of His glory in the days to come.

Let us know, Let us pursue the knowledge of the Lord. His going forth is established as the morning; He will come to us like the rain, like the latter and former rain to the earth. (Hosea 6:3)

Be glad then, you children of Zion, and rejoice in the Lord your God; for He has given you the former rain faithfully, and He will cause the rain to come down for you— The former rain, and the latter rain in the first month. The threshing floors shall be full of wheat, and the vats shall overflow with new wine and oil. (Joel 2:23-24)

Now when He got into a boat, His disciples followed Him. And suddenly a great tempest arose on the sea, so that the boat was covered with the waves. But He was asleep. Then His disciples came to Him and awoke Him, saying, “Lord, save us! We are perishing!” But He said to them, “Why are you fearful, O you of little faith?” Then He arose and rebuked the winds and the sea, and there was a great calm. So the men marveled, saying, Who can this be, that even the winds and the sea obey Him? (Matthew 8:24-27)

Great word brother! GOD IS Faithful, in this simplistic dream even as I am experiencing HIS Faithfulness in every day life (and traffic)! This simplicity will no doubt be the way It Really Is……..in helping others in the days ahead! Even in the Mathew 24 days coming forth in these End Times! in the discussion

Thanks for sharing this great testimony and confirmation Sujit. I think the solution you found for your adversity, praying in the spirit, is not just for you, but it’s the same remedy for all of us and the only one that works. The adversity helps remind us of the solution, so we become increasingly confident and dependent on God as we enter and experience His realm of the spirit. Just as the Israelites crossed over to the other side of the Jordan River to enter their promised land, we cross over into the realm of God’s spirit by praying in the spirit. Everything we need is found there. It is the land flowing with milk and honey, not just where our physical needs are met, but also where our lives bear fruit for others, which is what Jesus was talking about when He said, “I am the vine, you are the branches. Those who abide in me and I in them bear much fruit, because apart from me you can do nothing.” (John 15:5)

Hi Sujit, Just yesterday I was listening about the different uses of tongues. One is us speaking mysteries to the Lord. Satan cannot interpret the message, which is comforting and reassuring, when we are deeply hurting.

For he that speaketh in an unknown tongue speaketh not unto men, but unto God: for no man understandeth him; howbeit in the spirit he speaketh mysteries. Corinthians 14:2

One of the divisions God has shown me is that I questioned other’s true sincerity in their walk with the Lord. Especially, if they seemed to have a great anointing. I am repenting of this.

The Lord is helping me trust HIs power manifested through different personalities. Now, I am understanding more how we need each other. Fellowship, even through a youtube video, can be attacked by Satan, b/c he does not want us encouraged. Here’s the video to encourage you and others.
Blessings.
http://www.youtube.com/watch?v=E6XrO7q84lI&t=6064s
PRAYING IN THE SPIRIT – EPHESIAN 6 – SPIRITUAL WARFARE

Job 33:25… let their flesh be renewed like a child’s;
let them be restored as in the days of their youth’… .

Yesterday I had a dream about the same subject and I feel that I need to share it. I was in a flock of sheep and we had to reach a certain destination. The ground was flat as a field. At some point in front of us appeared a mountain with sharp edges and I heard a voice that said that from now on due to the current conditions the road will not be a flat but with obstacles. I was amazed to see that all the sheep managed to jump those sharp edges of the mountain. Because of the difficult road through the mountains, some sheep got scared and stopped on the road (it was a narrow path), but pushed by the other sheep from behind, caught courage and went on. At the end all the sheep reached the top of the mountain where it was a small lake. As soon as they saw the water, they jumped into it. I was amazed to see that picture with a lake full of sheep that swim happy like ducks. I went to one of the sheep to stroked it and it was very mildly.

Thank you Jesus and Elaine for this encouraging word. Badly need it.
God bless you

I had a dream once that definitely makes me believe this will coincide with a financial hit big enough to shock some peoples foundations.