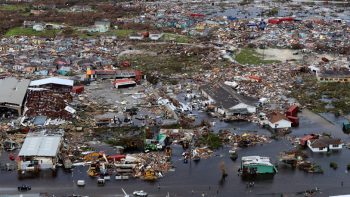 Igor Kostelac (Youtube: Against the Grain) has been tracking Comet Swan for several years. Last year when Comet Swan was over Australia, there was a: 1) significant increase in volcano eruptions 2) deadly forest fires that killed millions of animals & damaged a significant amount of land 3) very high temperatures

Comet Swan is an electrical charged object and will impact our world’s electric magnetic fields.  It will be over the United States & South America starting May 8th & once it passes from the West Coast to the East Coast, it will return to the West Coast. The CLOSEST Comet Swan will be to the Earth during its orbit will be on May 12th over Yellowstone.  There is a “convergence” that will happen during this same time period as there are fragments of Atlas Y4 following Comet Swan over the U.S. and Nibiru and Comet Swan’s paths will crisscross each other’s orbits. There will be major havoc on these two continents from May 8-early June.

Expect to see and experience any of the following severe weather:

Starting at 35 minutes in this video, Igor shows the path of Comet Swan.

Here are the key locations where the comet’s path will be each day pulled from the video. Approximate dates are given for each but Igor has not yet figured out the triggering length for the comet so he can not project if the comet will have the biggest impact on a particular area when it is overhead or a day or more past the area.

* For dates for South America, Igor does not specifically cover these so you will need to estimate the timing accordingly.  He references Chile and the lower parts of South America as being impacted but in an e-mail to me he confirmed the orbits for the comet would extend over South America as well so other countries are likely to be impacted…..

The moon on May 13th will be in the phase where the worst earthquakes have occurred historically.  Additionally the path of this comet will come very close to Nibiru/Planet X/Wormwood’s path.

These are the things I am doing to prepare as I understand that the push towards global governance will continue to be advanced even with this upcoming extreme weather.

1) Keep a copy of my physical Bible safe from damage
2) Keep cash on hand for when the ATMS do not work and/or banks are closed down.
3) Spend your largest bills as the globalists have tried to ban these bills previously (better to have twenties, tens, fives and/or ones) and if there are major disruptions, change when larger bills are used to make a purchase may not be available
4) Be prepared for power outages lasting for up to a few weeks or longer
5) Have a fire extinguisher on each level of your home and working smoke alarms near sleeping areas.
6) Have a ham radio & practice using it before the poor weather arrives
7) Have hard copies of ALL important documents in a water & fire proof case (financial statements, mortgage statements or lease agreement, birth certificates, bank statements, insurance policies, will, power of attorney documents, car titles, etc.)
8) Have food & water for you, your loved ones & your pets.
9) Have a plan to cook food if the electricity goes out.
10) Have your gas tank filled so you can immediately leave if necessary.
11) Stock personal hygiene items, matches, medications, etc. – anything you would have difficulty living without if stores are not open or you can not reach a store
12) Have a comprehensive First Aid Supplies Kit
13) Have a plan of where you will go if your home becomes uninhabitable
14) Make a list of the person or persons you can trust or could assist you with a specific issue you might encounter from extreme weather events
15) Gather all valuable items, including priceless photos & DVDs, so if you have to leave quickly.

Think through and discuss the situation with your family now so everyone can prepare spiritually, mentally & physically.

Pray Psalm 91 daily over yourself, your loved ones, your pets, your home, your car, and your property.

A couple of months ago, I was spending time with Jesus one morning. He told me three things that were new to me,.Two were personal. One was that He showed me, in my mind’s eye, a beautiful, green, grassy, spring/summer day, with trees fully leafed and everything growing, The next moment, everything was white and cold, like everything was covered in ice or snow. It was strange, but I understood that somehow, there will be a drastic change in weather in a way no one would normally anticipate, at a time no one would normally expect. We used to live in eastern Washington (state) and we did get a frost in June one year. Now, we live in southern Arkansas, so here, this would be unheard of to see. But I know the Lord showed me for a reason.

John Paul Jackson spoke of summer and winter in the same week. My indoor tomatoes are now flowering.

In the event that these upcoming dates don’t well align with extraordinary and nation-crippling natural disasters and the predictions don’t bear out with the ferocity suggested in this article, we should be prepared to question and challenge the YouTube sources that provided us with these predictions.

I agree. There are lots of false prophets among us so beware.

Consideration – Igor is not a Prophet. He is not a believer but a group of Christians in Croatia visited him last weekend to talk to him about God. Mark Allison is a follower and shows the connection to these events in Scripture. I prayed over all this information and received confirmation from a few Watch people I follow so I do feel this will happen. That said, I summarized & wrote the article. I am not trying to paint a cataclysmic picture but rather extreme weather is likely with this Comet’s Path & other factors based on everything occurring. Do not have a heart of fear but do determine how you would cope with challenges that extreme weather can bring…

Ex Pat, this is good information. My spirit embraced it as truth..my daughter and I were just talking about how we here in Colorado can only see Niburu in the Spring usually from late April till late May but have had no sightings this year so far. Leaves me with a lot to pray about here. Thank you!
Come JESUS Come!

Thank you for sharing!

Hey, Expat Gal, Be encouraged that if you weren’t a deadly weapon against the Enemy, you wouldn’t have this kind of persecution. I had my share today, too. I was so annoyed in my flesh I started to take dated screen shots of all the texts and photos to email them to prove that I really did have certain experiences and revelations. Then I remember a warning I got yesterday about not giving pearls to swine. Be blessed when you get opposition, Sister. RDD spiked tonight. According to a dream my daughter had, a tornado came after she saw a glowing red sun Maybe it’s a spiritual cyclone. Feels like it. We will see.

Expat gal, thank you for sharing… it is interesting that you said that there would be flooding where flooding has never happened before. someone, can’t remember who (Mena Lee Grebin?) someone shared those same words. I have been feeling a great stirring in my spirit, like I am expecting something to happen. I think it will be a great shaking but I believe it is to wake up the Sleeping Giant (the Church). That is what the Lord has given me, that the shakings are to wake up His people. Thank you again! blessings!

Hi Everyone – There is very important & relevant updates related to this extreme weather post that I am posting later this evening, May 20th.

There has been severe flooding in Michigan with dams breaking (possible significance of the birthing of the Antichrist?), melon sized hail in Mexico, major swings in temperature in multiple countries, etc.

100 EARTHQUAKES recorded in a 10 hour time frame on May 10th! Source – https://quakes.globalincidentmap.com

Thanks, Expat Gal for sharing this. This confirms what I heard in the Spirit-I heard Black Swan as it related to a rise in ETH..My daughter also saw a tornado in a dream that correlated to a big glowing red sun after I had prayed about RDD. I saw a volcano after RDD rocketed in a vision too. According to what I heard, BTC crashes when ETH takes off. I heard “Black Swan-ETH is the understudy for BTC” on 2/13/20. I’m expecting big moves in alt coins, then severe weather. On 2/13/20- after my Black Swan revelation,, my grand baby came over dressed in a black dress with gold swans all over it. It looked like the ETH logo-shimmery black background with a gold spear like the shimmery black fabric with gold swans on her dress. My daughter had no idea I had heard Black Swan that day., I had no idea Zion would be wearing that dress. She wasn’t her usual vivacious self, she was listless that night. It was amazing that the markets did a swan dive a week after I heard that, so I’m taking your word very seriously.

Peter – Watch Mark Allison’s video (the second embedded link) as the Scripture is covered in detail as referenced in my write up.