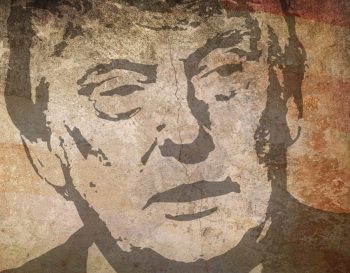 This is Expat Gal posting on behalf of Elizabeth Marie, Youtube Channel, LatterRain333. Elizabeth has had many dreams and night visions in the last few weeks that she would like to share:

In the first part of this dream (will share the last part for later), she was in a room that was completely decorated in GOLD…..gold walls., gold rugs, gold floor, gold furniture, golden knick-knacks. There were two pieces of furniture that were not gold or sparkling, and she knew that they were going to be taken out and replaced with a Christmas tree with multi-colored lights.

She did not understand this dream, until a few days later, when she actually saw almost the exact room of gold on a video about Trump. This room is one of Trump’s rooms in either his house or one of his hotels. She was shocked when she saw it….because it was the exact one in my dream!

Therefore, she believes this dream is a ANOTHER WARNING, that at Christmas time, something important will happen and it will involve Trump.

In this ‘flash dream,’ she saw a bowl of POTATO SOUP.

For many years, the LORD has shown her that a famine was coming. HE has given many dreams/visions concerning POTATOES…..and HE has shown her that the they represent the IRISH POTATO FAMINE. We are now seeing these signs of famine all over the world!

She was a waitress in a very large restaurant. She was waiting on some tables, but she realized that no one had been served. There were many hungry people just waiting patiently. She was doing my best to serve them, but she then looked around and realized that she was the only waitress there! She got a bit panicky because she knew she could not wait on all of them!

This dream has two interpretations, one physical and one spiritual:
1) There will be many hungry people, but little help or resources to meet their needs.
2) There will be many ‘spiritually hungry’ people looking to hear from the LORD, but there will be a famine on HEARING FROM THE LORD and only a few will hear or be served:

“Behold, the days come, saith the Lord GOD, that I will send a famine in the land, not a famine of bread, nor a thirst for water, but of hearing the words of the LORD:” Amos 8:11

She was outside digging in my garden, and she knew that she was in a very remote, country area. She started hearing the roaring of a helicopter flying overhead. At first, she ignored it and didn’t let it bother her. However, it started getting louder and louder, and then she realized that it was circling around me, getting closer and closer. Finally, she stopped what she was doing, stood up and looked up……and she saw a military helicopter right over my head! My first thought was how is this even possible, because we live so out in the country!

Then she saw her husband come outside, and he was fully dressed in army fatigues, along with a bullet-proof vest and a camouflaged knit cap over his head and face. She was shocked when she saw him standing there completely decked out in battle fatigues!! She then pointed to the helicopter overhead and told him we need to take cover…… so we ran into the house.

1) war is coming……even to remote parts of the countryside
2) spiritual war is increasing and we need to be clothed in the full ARMOR OF GOD!
(Ephesians 6:10-20)

The ANTI-CHRIST RECEIVES HIS KINGDOM

In this dream, she was in a hallway with lots of other people there waiting to be seated for a wedding ceremony. She was told that the Bride’s name was Stephanie and that she was just about to appear. She then looked around the room and saw two people who were devils…..they were dressed as satan, in red, complete with two real looking horns on each of their heads, and a tail. She was then told that these two ‘people’ were Stephanie’s parents.

She looked up the name STEPHANIE and saw that it means ‘crowned one.’ This dream is about satan counterfeiting AND imitating the LORD JESUS’s marriage to the Bride. Satan will have a ‘crowned one,’ that is the ANTI-CHRIST that is coming to claim his new kingdom, the earth, according to Revelation 13. This anti-christ will control the whole world with his technology, the number of his name and the mark.

1) She saw the word J U S T I C E in big, bold letters. Then she saw the word being covered up with a big, black shadow that blocked out all but the first few letters, so it became unreadable.

2) She then saw a person’s face. He/she had many band-aids covering their mouth.

Justice is being thwarted, as people are being gagged and silenced.

In this dream, she was holding 2 credit cards in my hand. For some odd reason, she decided to take a bite out of them. So, she put them together and placed the ends in my mouth, and literally took out a large bite out of them at the same time. When she took them out of my mouth, she saw that a big chunk was taken out and that they were now rendered useless.

This is another warning about the economy, and how there will not even be any credit left.

She had another dream where she saw a map of the United States. Then she saw the map zoom in to the WESTERN PART OF THE UNITED STATES AT THE BORDER OF CANADA…..mainly at the Washington and Montana border.

This is a heads-up warning of what is coming there, though I was not shown specifically.

Shevhad a night vision, where I She heard the words:

GLOBAL PANDEMIC…..YOU HAVE NOT SEEN ANYTHING YET!

BROTHERS AND SISTERS,
PLEASE JOIN WITH HER IN PRAYING FOR THE LORD’S MERCY AND GRACE IN OUR TIME OF NEED. ALSO PRAY THAT THESE JUDGMENTS CAN BE LESSENED OR STOPPED IF HIS PEOPLE HUMBLE THEMSELVES, PRAY, SEEK GOD’S FACE, AND REPENT!

“Let us therefore come boldly unto the throne of grace, that we may obtain mercy, and find grace to help in time of need.” Hebrews 4:12

“If my people, which are called by my name, shall humble themselves, and pray, and seek my face, and turn from their wicked ways; then will I hear from heaven, and will forgive their sin, and will heal their land.” 2 Chronicles 7:14

Corey (and Phil too) You May want to pray about selling that FAZ or hedging it with FAS for now. Goldman Sachs just got a new price target for $240. Since FAZ plays the banks, short term we would need to be a little bullish to get to $240 from today’s $194. Market’s up today and FAZ could go underwater short term. Pray for your own trading decision. Speaking of 240, and Goldman, 24K gold might be on the rise too, short term.

Thanks Phil, I’m not in forex. However, I bought some FAZ. Hoping to sell them and buy some gold if the market goes down.

Thanks Corey
Also have FAZ and some UVXY

Have had an intense no of hrs finding connections :I did not think for a moment I would find,posting here as some relates to Trump & many other things.. Israel, .UAE. UK Europe.

https://www.youtube.com/watch?v=Dwn0qWdwLHQ ( 50 mins in all but vital info mentioned what we

All these judgments can be soften and delayed.

If you are in Texas, head on to the Solemn September Assembly being held at the Plano Event Center this weekend 18-20 September, 2020. Pastor Dana Coverstone will be there.

On a micro note, I have heard a prophecy about many will fall in the fall. It pertained to those in ministry who weren’t letting their light shine. They were going to be exposed and they would step down. Dream number one could represent
two heads (like presidents are heads of state) who had no light in them left, and we’re going to be replaced by two lamp stands that shine like the stars to enlighten many. My good friend had a dream about two gold statues being beheaded this morning, so it reminded me of your dream.

Yes this has been shown to me too Sister

Thank you for commenting this

Thank you Elizabeth Marie for your faithfulness to YAHUSHUA

Was there a warning regarding something happening in September?

Hi Mike – Yes. Here is the link for all of Pastor Dana Coverstone’s Dreams – https://z3news.com/w/summary-pastor-dana-coverstones-dreams-scriptural-review-documents-timfoster405/

Hi Mike, you may also be thinking of the Financial collapse prophesied by David Wilkerson:
https://z3news.com/w/david-wilkerson-global-economic-collapse-begins-germany/

Thank you Elizabeth Marie. On the 4th of September to be exact, I got the same Amos 8. God also talked about injustice and oppression: He hates those things, hence the scarcity of His word to people who practice lies and oppression. God bless you.