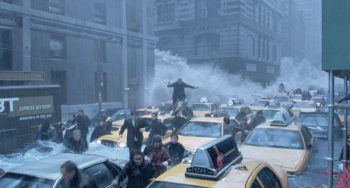 This is a follow up to my May 4th, 2020 article where I highlighted a prediction for extreme weather due to the path of Comet Swan and then its’ intersection with the paths of Comet Atlas & Planet X. Comet Swan’s path is taking it from the Western United States starting May 8th to the Eastern United States with Comet Swan then predicted to return back over the United States beginning May 28th.

Since this warning there has been several significant weather events including:

Mike Morales does an excellent job showing the extreme weather occurring around the world.

The magnitude 6.5 earthquake in Nevada occurred the EXACT day (May 15th) Comet Swan was crossing over this area and the date predicted by Igor Kostelac, when the comet would be closest to the Earth. There has been more than 500 earthquakes have rattled western Nevada since then.

On Thursday, May 21st, it is Ascension Day, which “is the Christian celebration of Jesus rising into Heaven after He had spent 40 days on Earth after the Resurrection. Ascension Day is celebrated forty days after Easter Sunday on Ascension Thursday.” Here is Igor’s latest video showing that between May 21st and May 22nd, Comet Swan, Comet Atlas and Planet X will ALL be converging over New York City. This coupled with the “dark” moon phase which is when the worst natural disasters have historically occurred on Earth, makes this a HIGH WATCH time for very extreme weather for New York City in particular.

Mark Allison explains in this video that these events coupled with Scriptural references are events we need to watch closely. Additionally many of you have seen the dams breaking in Michigan which some Christians are questioning if these are signs of the birthing of the Antichrist, tying into Obama’s May 16th two events addressing graduating high school seniors (see article I shared on May 14, 2020 along with updated notes following the event). Additionally the Kaduri Prophecy references that the Antichrist will reveal himself on the Sabbath following the swearing in of the new government of Israel which happened May 17th. Could this occur this Friday, May 22nd or Saturday, May 23rd? We are living in truly remarkable times!

Incorrect date of Counting 50 days
Shalom, I have to correct u and millions of the Christians about the Jewish holiday Shavuot that u call Pentecost. The counting of the Omer according to the Torah starts the day after Pesach/Passover which is Chag Ha Matzah/Feast of Unleavened Bread and not Easter. Therefore the 40th day of Adon Yeshua’s return back to hashamayim/heavens is not May 22 but May 18 because Erev/Eve of Shavuot is on May 28. I also invite all to join me in celebration of Shavuot on Facebook.com/Messianic temple Beth el LIVE on May 28 @7:30pm and May 29 @11:00am Eastern time.