You are here: Home » Prophecies » ”War, War, War! There is War in the Heavens!”
Share this post: 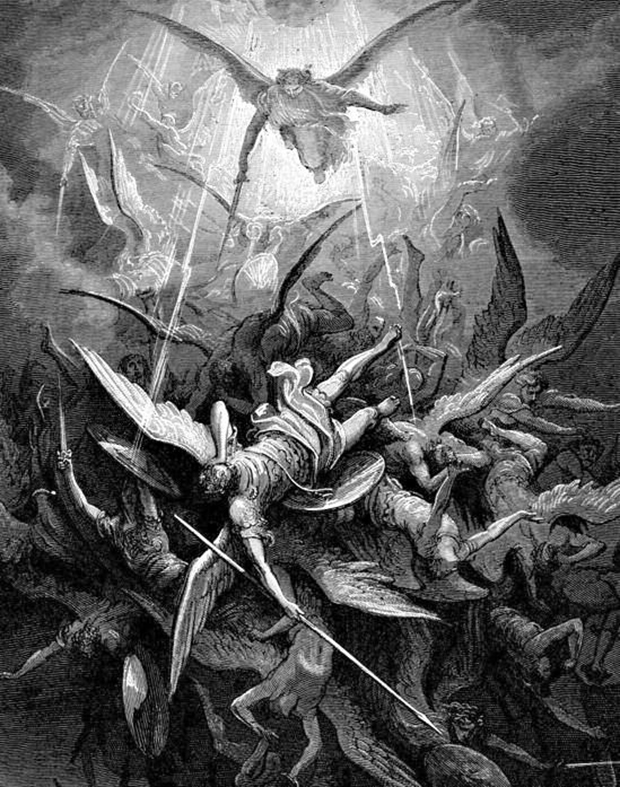 I was praying in the early morning hours of February 17th, 2018, when all of a sudden, I heard the Holy Spirit boldly proclaim, “War in the Heavens!”

Startled, I had no idea what the Lord wanted me to do with this information, or how He wanted me to respond. As I grabbed a pen to write down what I’d heard, the Lord said, “Get up and pray!”

I immediately jumped to my feet and began praying in the Spirit. This went on for over thirty minutes before I was released. Although I don’t know specifically what that particular battle was over, I know it had to do with not conceding territory and standing our ground against the enemy.

As soon as I was released from prayer, the Lord revealed this to be a call to war! After several weeks of hearing Him say, “Rise up and sit with Me, My Beloved!,” He warned those who heed the call, “All Hell Will Come Against You!” The Lord wants His people to know the battles are intensifying as more and more begin their spiritual ascent to the right hand of the Father, taking their seat in Christ Jesus.

Satan is preparing to wage war against God again, and is amassing the principalities and powers aligned with him for a major assault against the Body of Christ. The goal of the enemy is to stop the spiritual ascent of the Bride (His Body), to prevent her from joining her Bridegroom (the Head) at the right hand of the Father. He knows when the Bride takes her seat in Jesus, his kingdom of darkness will lose their position in the heavens and be cast down. To stop this from happening, he’s been working intimately with his human followers.

Much has been revealed about the advanced “alien” technology the “elites” plan to use in setting up their one-world system. The mind control tactics and what’s coming in the days ahead will be beyond anything we can possibly imagine.

If one can picture ‘The Clash of the Titans,’ this may be likened to it, except this will be the usurpers of Satan against the true heirs of God. The weapons used? Think of the descendants of Hagar (alien tech) vs. the descendants of Sarah (gifts of the Spirit).
The Lord spoke to me about this upcoming battle in May, 2017, when He said:

“The weapons of man will not help you! You must take dominion over your mind, over your will, and over your emotions. This is where your enemy has had the advantage over you.

You are no longer just mere men. You have been given power and authority over all the power of the enemy, and now you must choose to walk in it! To do otherwise will be to give your authority and free will over to your enemy.”

During the visions shared in ‘(‘You Must Take Dominion’), I was shown an encounter with an “other worldly” being and how it was overcome, as well as three specific levels of warfare humans will be involved in. There was great slaughter happening all over the earth except within the camp of Saints who knew how to fight in the heavenly realm. Dressed in the full armor of God, they prevailed mightily against the enemy!

Saints, the sirens are going off all around us. The Lord has issued a CALL TO WAR! It’s time to rise and sit with Him – to take your position!

Remember, our God has already provided everything we need! The gifts of the Spirit (1 Corinthians 12) will overcome every weapon of the enemy. Our God assures us, “The weapons of our warfare are not carnal, but mighty through God to the pulling down of strong holds.” (2 Cor. 10:4)

“Have I not commanded you? Be strong and of good courage; do not be afraid, nor be dismayed, for the LORD your God is with you.” (Joshua 1:9).

We must take our eyes off the storm raging around us, and keep them fastened upon Him. For He will keep in perfect peace those whose minds are stayed on Him. (Isaiah 26:3).

Please take this before the Lord in prayer for confirmation and how this may apply to you personally.

Scripture References:
For the weapons of our warfare are not carnal but mighty in God for pulling down strongholds, casting down arguments and every high thing that exalts itself against the knowledge of God, bringing every thought into captivity to the obedience of Christ, and being ready to punish all disobedience when your obedience is fulfilled. (2 Corinthians 10:5-6)

Have I not commanded you? Be strong and of good courage; do not be afraid, nor be dismayed, for the LORD your God is with you wherever you go. (Joshua 1:9)

Beloved, think it not strange concerning the fiery trial which is to try you, as though some strange thing happened to you. (1 Peter 4:12)

You will keep in perfect peace those whose minds are stayed on You. (Isaiah 26:3)