You are here: Home » Church » Assignments » “They are waking the sleeping wine, in preparation for it being poured forth.” 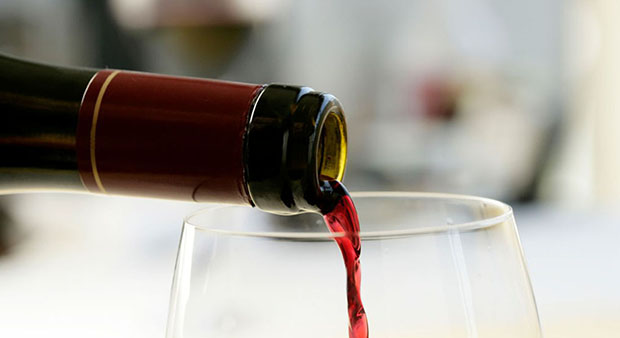 I would like to share an experience I had during worship last weekend. As I lifted my hands and began to sing, I heard the Lord say, “Come with Me”.

He led me down a passageway which seemed to be cut out of rock, going deep down into the depths of the earth. I noticed that all the curved walls were lined with beautiful, semi-precious smooth stones. Finally, we reached a cavern deep underground and He said, “This is My wine cellar and it is here that I store the best wine, kept for the end time”.

In the center of the room, I saw a large round wine vat, made of oak. It was open on top and contained glass-smooth ruby colored wine. On the surface of the wine, it looked like there were a few ethereal flames flickering. They were rainbow-colored and I looked closer, wanting to see what they were made of. I realized that they were actually small breezes of seven-fold light which were gently stroking the surface of the wine.

“This is where the zephyrs work,” the Lord continued, “They are waking the sleeping wine, in preparation for it being poured forth.”

I began singing a new song, calling for the wine to be brought to the surface and poured forth, which caused the zephyr breezes to flicker violently, so it looked as if the whole surface of the wine was on fire.

“This cellar is within you,” the Spirit whispered.

Then I understood that the journey going deep down was actually accessing the depths within, rather than without, or out in space somewhere. Somewhere deep within was end-time wine waiting to be brought to the surface.

Shortly after this, I was shown an ink bottle and saw a pen being dipped into its contents. The pen then began to write on a blank page and I noticed the ink was a dark reddish purple and sparkled with life. I realized the ink was actually the wine which I had seen in the vat, which the Lord had indicated was reserved for the end time. Then the Lord said quietly, “This is My birthing chamber.”

Suddenly, the surface of the wine was sucked up like a vortex high in the air above the vat. I saw the wine had substance, dimension and structure and was unlike a liquid. Within its folds, I saw a DNA spiral and it looked like the nucleotide pairs were shelves lined with books. Then the wine subsided again into the vat and I realized He was showing me books are within the wine, waiting to be written or birthed. Then I saw many books flying out of the vat and up the beautiful stone-studded passageway towards the light, where I knew people would see them and read their contents and be changed.

Then I asked the Lord, “What is the significance of the smooth stones lining the passageway?”

He replied, “These are the individual jewels discovered in My Word, revelations embraced and held within your heart, line upon line, precept upon precept, all leading to the hidden riches of secret places, the sealed fountain of my end time wine vendors.”

I understood that every stone was a small piece of understanding from the Word which touched other pieces of revelation, and when placed end to end, they paved the way to the place within where the end-time wine was waiting in the darkness. It was also clear that there are many such end-time scribes who have shared living water through their pens until now, but a fresh release of the wine of the Word was appointed them to steward. It would have dimension and structure and great substance and ignite change in all who drink of it. However, first they would need to spend time in the birthing room, being exposed to the contents of the wine and the ministrations of the zephyrs, until they understand and carry within them clear understanding of its structure and content, so that they can steward the wine well, bringing forth meat at the appointed time.

A zephyr is defined as a breeze that is westerly or gentle. In Western tradition, the west wind is considered the gentlest or mildest of wind directions (blowing from the west in an eastward direction). When the warm west winds come, it indicates spring is near, so this wind brings a rain that awakens the plant life from its long winter sleep. The glass-smooth end-time wine in the large vat has been asleep, stored and waiting for its appointed time of awakening. The rainbow-colored zephyrs on its surface are warming and waking the wine. They are the gentle warm breezes of the seven spirits of God blowing deep within the wine cellar of the scribes.

According to the experts, wine that has had a brief exposure to air is beneficial, since it allows wine to breathe – similar to stretching its legs after being cooped up in the bottle for so many years. The breeze warming the surface of the wine assists in releasing aromas & opening the bouquet. As this end-time wine is dispensed through the pen of the ready writers, it forms part of the heavy latter rain, an eloquent impartation of God-breathed words, endued with the breezes of the seven spirits of God. Their words will awaken all that is sleeping within the hearts of the hearers and impart resurrection life. The wine scribes will release wine from Wisdom’s table; it is the best wine reserved for the end-time army who ride behind their King.

In a recent article called ‘Sought Out and Sent’, I spoke of the forging of a silver goblet belonging to the Bridegroom and it contains the end-time wine. I saw a multitude of wine-soaked books being released from the birthing room, containing words never heard until this time; revelations kept hidden until now and unveiled to impart light and truth to the end-time Bride. From the belly of the scribes, the best wine is about to flow.

Your body is like a round goblet in which no mixed wine is wanting. (Song of Solomon 7:2)

For anyone interested, I have just published a book on the end-time wine;
http://www.lulu.com/shop/christine-beadsworth/the-book-of-end-time-wine/paperback/product-23992401.html

or the e-book here:

Congratulations on completing your book Christine. I know that’s a lot of hard work.

And what a beautiful book it is! – your rich gifts as an artist, poet and prophetic writer flow through this work to provoke us to venture into this brave new world called Kingdom Age. You can discern that your writings/art and poetry have been crafted in that holy, secret place.
I ordered your book on Lulu and now it rests on a coffee table for me to peruse and partake of at intervals. I will order more books as gifts for friends.

I am so blessed by your feedback! Thank you, my sister!

I believe the things hidden and kept until the right time in the book of Daniel is upon the Church of Philadelphia. The mighty Remnant; a army purified by fire in the hands of the Father and as the trump assembles the Church to rise up and take the mantle and destiny prayed by Christ in the garden. The seeds planted long ago by the hands of the creator about being breathed upon and opened. New Wine, mysteries, divine appointments and the Latter Rain Revival is upon God’s chosen as we assemble behind the High Priest, King and Lord of all; Jesus Christ. It is time to prepare the way of the Lord as the King is upon us and His Kingdom shall have no end!
Daniel Ch 12
John 17
Revelation 3:7-13

John 2: 7. Jesus said to the servants, “Fill the jars with water”; so they filled them to the brim. 8. Then he told them, “Now draw some out and take it to the master of the banquet.” They did so, 9. and the master of the banquet tasted the water that had been turned into wine. He did not realize where it had come from, though the servants who had drawn the water knew. Then he called the bridegroom aside 10. and said, “Everyone brings out the choice wine first and then the cheaper wine after the guests have had too much to drink; but you have saved the best till now.” 11. What Jesus did here in Cana of Galilee was the first of the signs through which he revealed his glory; and his disciples believed in him.

When i was reading this i felt threw all the things we went threw( the very hard things)
We can understand alot more to help people
And understand them.
So in in the days ahead the children of God who went threw plenty of learning, they will be plenty equipped
Im looking forward to seeing the Holy Spirit do the miraculous things
It will beautiful

Hey Christine, this part really resonated with me “…so that they can steward the wine well, bringing forth meat at the appointed time.” I’ve had a few dreams lately where the call is going out for the awakening of His people to prepare and be available for His purposes for the lost….bless you sister!!

Thank you, Christine, your words are always so filled with inner depth of meaning that I must chew on them for awhile to get everything out of it! The understanding of the meaning the Spirit has shared with you does come at the right time when I need it most.