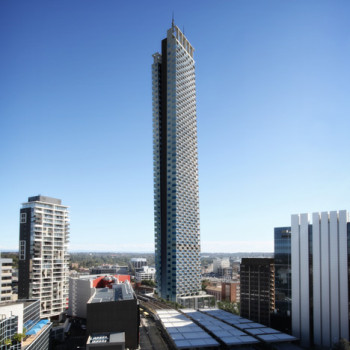 In November 2014 I had a vivid dream about a worldwide shaking.

In this dream I was inside the highest building in the region where I live.  I was meeting a friend of mine who is a CEO. It was during a typical business day. People were walking to and fro, like any normal day in their life. Little did they know what was about to happen.

Suddenly there was a violent earthquake. I placed my hands on the wall near me and on the floor. The earth was shaking violently, and the tower was leaning and starting to tip over sideways. Then my view changed and I was able to see the outside of the building. It was leaning like the Leaning Tower of Pisa.

My last thought was, “Will I survive this great shaking? Who can survive this violent earthquake?” I woke up, shaken.

You know how some dreams feel more real than waking up? That’s how it felt.

I awoke contemplating my family and the precious believers who loved God more than ALL else. I began to wonder “what kind of shaking is this?”

In America we always hear about troubles over there. But in this dream a great worldwide shaking was happening.

The violent earthquake represents a great shaking, which is going to interrupt our lives and schedules the same way an earthquake would. I climbed to the top floor, way above the ground, but still on the earth, because both the heavens and the earth will be shaken, the spiritual and physical.

New towers have arisen in Asia and the Middle East, marking new economic status. The nations of the world have made their statements with their tall structures. Now God is about to make His statement.

“The earth is broken asunder, The earth is split through, The earth is shaken violently. The earth reels to and fro like a drunkard And it totters like a shack, For its transgression is heavy upon it, And it will fall, never to rise again. So it will happen in that day, That the LORD will punish the host of heaven on high, And the kings of the earth on earth. “- Isaiah 24:19-22 NIV

“I will punish the world for its evil and the wicked for their iniquity- I will end the arrogance of the proud, and humble insolence of tyrants.”  – Isaiah 13:11  Complete Jewish Bible Translation

Shalom dear family of God! Read the Book of Revelation, Psalms, Daniel and Acts- relevant for our times!

A very good dream and interpretation. I have no doubt that a tremendous shaking is around the corner, and that it is going to be frightening to behold for everyone on the planet, including God’s best. God knows He has been more than merciful in the warnings He has given us. But I also know that we need these shakings, if for no other reason, that we have to let go of the things we usually ‘fall on’ when times get rough, in order to incorporate a whole new way that is coming. I think these shakings, as in your dream, don’t just represent actual physical shakings, but spiritual as well, because we aren’t just entering the last days, we’re entering into a whole new way. Shakings like this are the only way many will be able to grasp what God is doing.