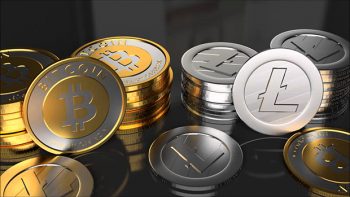 Here some of the prophetic words I’ve received regarding crypto currencies.

I saw Stellar XLM will get a lawsuit during crypto winter.

I had a dream were the stablecoin Tether USDT had problems. It was around the time of the merge of Ethereum, Ethereum 2.0. In the dream I had some USDT in my Coinbase wallet and I was trying to find a way to take it out so I did exchange it for some Enjin coin and the dream ended.

I saw the upcoming Bitcoin hack happening on the Kucoin Exchange.

I saw the crypto winter happening at the same time as the coldest winter on earth in 100 years of history.

I saw SHIB and DOGE were both doing very well.

In a dream I saw the following list of six coins very clear and felt there was the bull market going on.

But the ranking for coins 5 and 6 was changing sometimes. Sometime CARDANO was ranked 5 and sometimes BITCOIN was at rank 5.

Update on the BTC crash to ZERO:

(Bottom of crypto market maybe around end of June)

There are many long-term indicators. If you have an free tradingview account you can use community scripts like Bitcoin Super Cycle, Pi Cycle BTC, Bitcoin Log Growth Curves, indicators like 200 week simple moving average. There is also sites with interesting long term charts like https://www.lookintobitcoin.com/charts/ or http://charts.woobull.com/
However, it can be seen that these models do not always give the right signal.

Yesterday I was surprised to find my LUNA coins had been converted to LUNC and a new version of LUNA had been launched several hours earlier and was selling for a much higher price. It was around $5 when I first realized this. I converted my LUNC to USDT and purchased LUNA when it was at about $4.80. Then in a dream last night, I saw a chart showing LUNA moving up steeply. At the bottom I saw $2.72 so the dream shows it will eventually drop that low or lower. I was alarmed by that so I looked at the market and saw it had gone up to $5.85 so I sold it and made a profit. Then I went back to sleep and saw it in the $9 range. I cannot recall the exact price. Then I saw a red -$10.39 which indicates it will drop by that amount. If that’s the drop to $2.72 then it would have to move above $13.00 but its unclear whether it drops first or goes up higher and then drops.

LUNA has moved up 47% today so it might continue on up above $13.00 to do the $10.39 drop that I saw. That would be a .618 retrace of the drop from the initial price which I saw reported in a news article, $18.97, even though the initial hours of yesterday’s trading prices don’t show up on my Tradingview account or on Coinmarketcap.

Where do you trade you LUNA brother James? Kucoin or Binance or another?

I also believe LUNA will eventually fade away based on what Christopher saw, your beloved friend Christopher Harris.

I trade it on Kucoin because that’s where most of the volume is. I saw where it is being added to Binance. In thinking more about the red -$10.39, another interpretation is it only gets about that high before starting the drop to $2.72. The highest price I saw was in the $9 range and that’s where it is now so it might not make it to $13 which I came up with only because I added $10.39 plus $2.72 but that might be a wrong interpretation. It already exceeded $10.39 twice although the price history keeps getting erased. My chart now only shows history through yesterday. I exited last night and have an order to re-enter after it drops to $2.72 but it might drop lower since my prophetic targets are rarely turning points.

Dear James, I remember a few year ago, you had a revelation of a market crash that happened on the 2nd and 3rd of a month, where these days were Thursday and Friday respectively. You were not given the month or year (please correct me if I misquoted you).

Over here in the United Kingdom, we have a LONG WEEKEND – Thursday 2nd June and Friday 3rd June to Celebrate The Queen of England’s 70th Anniversary – Platinum Jubilee.

Lets see how the Markets perform

This may or MAY NOT be the correct prophetic time frame.

Thanks for keeping track of that. I had forgotten that one. I am expecting a crash later in the year but not now.

Thanks for the info do you have a You Tube channel I think smaller coins or meme coins will be in the top ten I saw the price of xrp at 0.35 cents and I think it just passed another brother saw it at 0.20 cents
and I had a dream of btc crashing to ZERO about a month ago
TY keep posting May 25 2022

Thank you for your input Edgar. In my opinion we shouldn’t focus so much on cryptocurrency prices for every different coin, but seek deeper understanding of what God does with digital money (cause of the great wealth transfer).

I have a YT but I’m not active on YT. More active on my 2 Instagram accounts:
Kingdomfaithwork and Kingdomworkfaith

just send follow request on both and I can accept, so you can see posts after I accepted your request.

Hi Losif,
I sent a friend request but looks lien hasn’t yet accepted. I sent to both IG names.
Thank you!

My name is not Losif but iosif.
I did accept on both IG’s.

That’s interesting. How do you know it was the coldest in 100 years? I just wrote a blog post about the prophecies of Chuck Youngbrandt and he saw what could be the coldest winter preceding nuclear war. I’d estimate it to be January 2024.
Check out my post here and let me know what you think:
https://greatdeception.blog/is-this-prophecy-from-1970-now-coming-true/

Nancy, Chuck’s widow and now lead prophet, will send you a giant box of recording and newsletters dating back to the 70s. It costs her to reproduce them all, so it was a bit of money. The “Leader of the Land” prophecy will spread like wildfire when the invasion happens and will give people hope. Net of Prayer, or The Staff and Sword Ministry address is 558B Knapp Rd Colville, WA 99114. They aren’t on the internet. That’s the only way to reach them.

Thank you Chris for your input.
We should lean on understanding what the Holy Spirit is prophesying to us and not lean on estimations.
For now we only need to have patience and wait till the coldest winter comes around.

This is what I was able to find in regards to eth. Merger.
Thanks.

I dont think they can pull it off for August. They sure want to, but I think cooler heads will prevail and they will delay the difficulty bomb. We shall see.

A couple nights ago I had a dream that BTC was trading at $700. I was so excited to see it that low and tried to FOMO in to buy USDT with my card but couldn’t due to some technical issues. I also saw the value of USDT fluctuate within an insane range.

Considering the ongoing FUD with stables, I would seek to diversify stablecoin holdings between USDT, USDC, BUSD and perhaps even TUSD.

I would also look to diversify with Pax Gold. It is a coin that follows the Gold price, so I think that in times with a lot of volatility in the market Pax Gold will be less risky than stablecoins backed by $ dollars.

Pray so God can lead you as what to do and which stablecoin(s) to use.

Thankyou Losif for this info.