You are here: Home » Trading » Forex » USD/CHF Next Move Up

In my previous post, USD/CHF Price Dropping Soon, I shared a graph I saw, which showed the price moving down gradually, then dipping down sharply followed by an immediate sharp bounce back up. As I stated in that post, there were two sharp dips coming even though that chart only showed one of them.

The charts that I see sometimes show straight lines, which identifies only the general direction. However, the actual movements are often much more volatile.

During my prayer time on Friday I saw a new chart, as shown below. 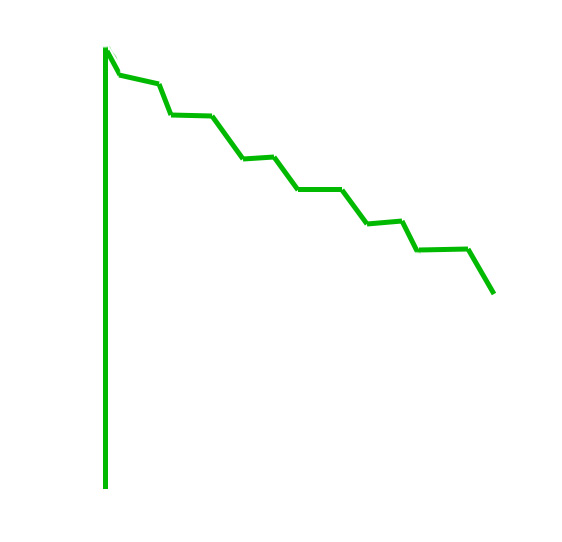 So I saw the price moving straight up then coming down gradually, but with some bouncing along the way. The slope of the line changes depending on which chart it is, but unfortunately I don’t know which one this is.

Then I saw a digital screen showing the number .45. Then the number changed to .55. My interpretation is the price is going to go almost straight up from .945 to .955. However, this was the first time I have seen digital numbers. Prior to this I have only seen charts. I also don’t know why the numbers I saw were not .945 and .955. So we’ll see what happens.

How do you know these events will be in this year?

The forex price graphs are fulfilled within days. The graph shown in this post already happened. If you click the forex link in the top menu bar you can see the latest graph for the week ahead. The Lord shows these to me in my prayer time and they happen every time.

Well, my previous comment was wrong. The current pattern has continued as it just moved up to .9475 a couple of hours ago. I had already posted what I thought was the next move. Now I am waiting to see.

I believe this pattern has completed. I am out of the market awaiting instructions on what comes next.

There will be possibly three things to end US dollar in 2015.
1. EMP attack in the East Coast. All electronic wealth disappear, and this creates worldwide fear and collapses.
2. Tsunami in East Coast to swallow New York city.
3. California earthquake or Yellowstone volcano explosion.

before the end of this Shemitah.

Phil
*** PRAYER POINT***
Please pray that Gay Marriage will not be approved in Australia, To be debated in Canberra next week.
it will be tragic if this is approved.

I believe we are now in the downward movement that I showed on the graph. We broke out of the upward trend yesterday after peaking at .9535. The line I saw moving down, which I showed in this post, was the first line I have seen that was not smooth. It had jagged bumps on it as it moved down. Forex never really moves straight so even the straight lines I have seen have actually had lots of volatility. So I was expecting to see volatility on the way down, but wow, it is really swinging up and down. If you go back to the start of the downward trend yesterday you can plot the base line going down. Then it is easy to see the outer edges of the volatility as it first went down to .947 then up to .954. Currently it is sitting in the middle at .9505. So a good strategy is to wait for it to move up or down then ride it back the other way. By the way, I had also mentioned that I saw a digital screen changing from .45 to .55. For now I am discarding that as a meaningless distraction. That was the first time I had ever seen anything like that. On the other hand, all of the graphs I have seen have proven to be accurate. So this information should help going forward.

As the body fills with gas from the unchecked bacterial growth at work during the rotting process, the chest cavity expands. As time passes, we see the King Dollar lifting, not from strength, but instead from the death process and the massive buildup of gas. The pathogenesis is not seen by more than 5% of the population…….

Not sure if anyone came across this before. He prophecies of an economic crisis begin inning this spring.

That is my email, but I can’t get it to work just yet. Anyway, I am writing this because I think you should listen to some of Jim Willie’s You Tube videos. He just did a new one on T.F. Metals Report http://www.tfmetalsreport.com/podcast/6865/baseball-hot-dogs-apple-pie-and-fresh-jackass
Rick Wiles just did a very recent interview with him and he does a very good job of outlining topic by topic what exactly is going on economically. Also Rob Kirby was interviewed many times by Greg Hunter, and is associated with Mr. Willie. I suspect Rob Kirby is Christian, by some of his statements. I have also listened to many of his You Tube videos. Maybe these videos have already been listened to by you, I’m not sure. I seem to be doing the same thing that you are. Trying to put the pieces of the puzzle together. I started doing this, well it is a long story, but to make it short, an angel came to me in a dream in 2011 and told me to buy silver. I didn’t know anything at the time. Except watching mainstream media. So you can see how far off of the mark I was. I believed the MSM. The dream was longer than I stated, and I don’t want to publish a book here, so these are my comments.

I’m a little confused, should I keep buying FAZ and then when the crash happens buy the USD/CHF? I’m not the most smartest when it comes to this kind of stuff. Come to think of it I’m not the smartest when it come to a lot. Guess I would make the perfect cop. I’ve been fluoridated, vaccinated, GMO eaten, aspartame drinking for years and it has taken I great toll on me mind. Anywho, I’ve been getting as much of FAZ as I can and understand it, however I’m not to sure about the timing on USD/CHF. I do get it about silver, but not sure in what form or if it even matters. I have some bars and some old 90% American quarters and times. Should I sell the silver and convert it to FAZ then go back and buy the silver after the crash? As well as the USD/CHF? Or am I all hosed up.

Thank you Brother,
Fat B

USD/CHF is totally different from FAZ. Please see my post, “The Final Four Seasons of the U.S. Dollar”.

Thank you for sharing this James. I haven’t traded forex in over 3 years but I believe God has directed me here to show me what needs to be done in this season. I have read through your site and appreciate your humility, honesty and openness. Especially that you tell it how it is.
I am currently praying about which broker to use in what will be a very disruptive time ahead.