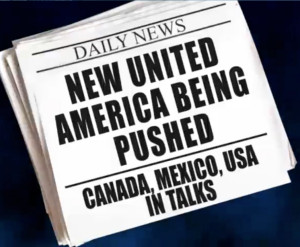 Prophetic minister John Paul Jackson saw many different newspaper headlines from the future and shared what he saw in a video he recorded on October 4, 2012. John Paul Jackson is founder of Streams Ministries International. One of the headlines he saw was:

One of the things I like about John Paul Jackson is he is very careful not to add anything to what he saw. With any word describing future events it is tempting to try to fill in the gaps, adding what we don’t know to what we know. That is where we can get into trouble. As much as we would like to know all the details, we usually have only glimpses or pieces of the puzzle. If God wanted us to know every detail He would have given them all to us. That is the point though. When we don’t know it all we have to keep trusting and depending on God every step of the way.

When he saw this headline, John Paul Jackson also saw the context of the story, which was that something had happened, an economic issue had arisen, which caused this idea to be pushed. It requires discipline on our part to not go beyond the information God has revealed. In this case, John Paul Jackson did not see a North American Union being formed. He only saw the idea is going to be pushed and talks will be held between the three countries. The union of the three countries might not ever happen and might not be the main point that we are supposed to get from this headline. The main point might be the fact that some worldwide economic event was going to happen that would cause people to start discussing a new united America as a possible solution. Perhaps we are just being warned about the magnitude of what is coming so we can begin to prepare our hearts and draw closer to God before these things come.

I recommend tuning out anyone who lacks the discipline to stick with the facts that have been revealed. It is so easy to jump to conclusions and fill in the missing gaps with our own ideas. However, doing that can cause us to miss the whole point and hold onto things that are never going to happen because they were not revealed by God. In the end, this will lead us into disappointment and can be damaging to our faith.

So we need to stay with what was revealed and not add anything to it. Otherwise we run the risk of reducing a revelation from God into just another man-made theory. You can find plenty of those out there. Just turn on any television news program and you will hear some “expert” telling what they think is coming in the future. There are also lots of conspiracy theorists who jump to conclusions about things they know nothing about. They are seeking to make the stories more sensational, more shocking, to get people to listen to them. Personally, I don’t want to hear their theories because most of the people I know who spread conspiracy theories have a horrible track record.

John Paul Jackson did not see any dates with the headline so he did not give any dates. So it might be soon or it could be a long ways off. However, he has shared other insights the Lord has given him regarding things that are coming to the economy of the United States that might or might not be related to this headline.

In an appearance on the television program “Joni Table Talk” on the Daystar Television Network on May 24, 2010, John Paul Jackson said the financial crisis of 2008 was not over. He explained, “Unemployment is going to continue to be a problem. We are going to have a bubble that makes it seem like everything is over and well and good, but that bubble will burst.”

John Paul Jackson does not claim to know whether or not these nations will actually ever form a union or if it would just be something that would be discussed. However, it is interesting to note that the idea of a North America Union between Canada, the United States, and Mexico is one that has been discussed for many years. There are many rumors about what it might be called including the Union of North America, the North American Federation, and the United Federation of North America.

John Paul Jackson does not claim to know anything about the monetary currency that the new North American Union might use. The idea is that these three countries would stop using their current currencies and replace them with a new one. However, it is interesting to note that people have already been discussing the possibility of this new currency for many years. The proposed new currency has been called the Amero, the Ameridollar, and just a new version of the Dollar.

So the rest of this article moves beyond John Paul Jackson’s prophetic headline, but not to make any conclusions about what is going to happen but rather to consider the facts about what has already been happening. There is no harm in looking back at what has already happened as long as we do not venture beyond the hard facts.

The following are a few images I found online for the proposed new currency bills and coins. I have no idea who produced these or why they were produced. Replica Amero coins and bills are available for purchase now on Ebay with a wide range of prices. Some of the coins are made of silver while others are copper. 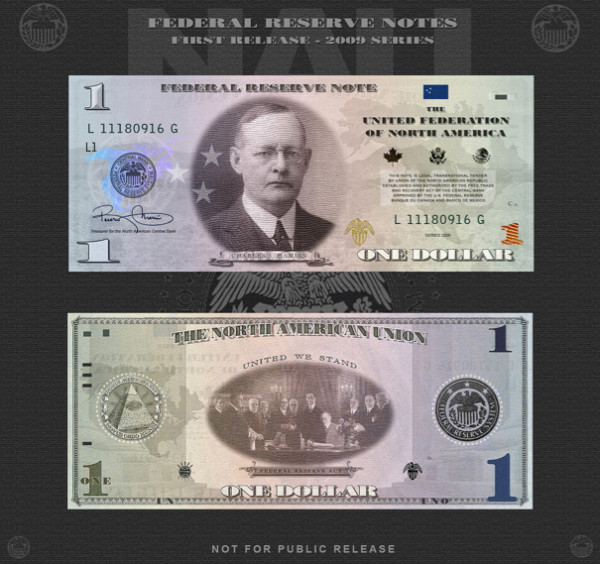 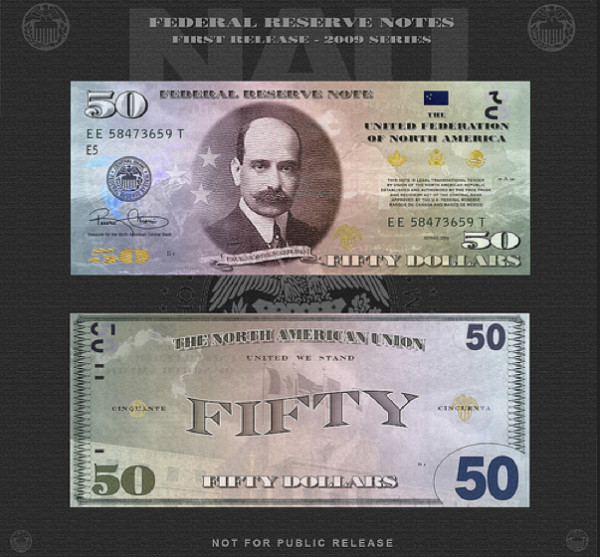 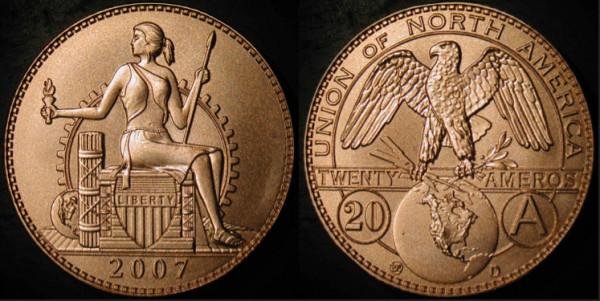 There are plenty of rumors on the Internet regarding the new common currency. Most likely a lot of the information out there is misleading and inaccurate. So if you decide to investigate this topic further, carefully consider the source for any information you find. Regardless of all the rumors and misinformation that is out there, John Paul Jackson claims he received this news headline from a very reliable source, from the highest authority, someone who is qualified to know all about it!

To see more prophetic revelations God has given to John Paul Jackson, please see these posts:

I also heard a Latino pastor say the same thing. The USA, Canada, and Mexico will unite into an economic zone. I disagree with something like this happening. But the theory behind it is what each country has to offer: Canada has natural resources, in Mexico half the population is under 35 (so young, cheap labor), and the USA has the technology and will be the leader of it all. Don;t know if it will happen, but that is the general idea of a North American Union.

We can all thank George Bush, who after being in office 8 months went to see the President of Mexico at the time, Vicente Fox, and requested him to print the NAU currency for future distribution in the USA – Canada – Mexico. I have heard Bush state that “America” is not a geographical location but is a concept. Really? Our country is a concept but not a geographical location? You can hear former President Vicente Fox acknowledge the details of this in his interview with Larry King at https://www.youtube.com/watch?v=gDDFPGFTovE, or just go to youtbe and type in “Vincente Fox interview with Larry King”.