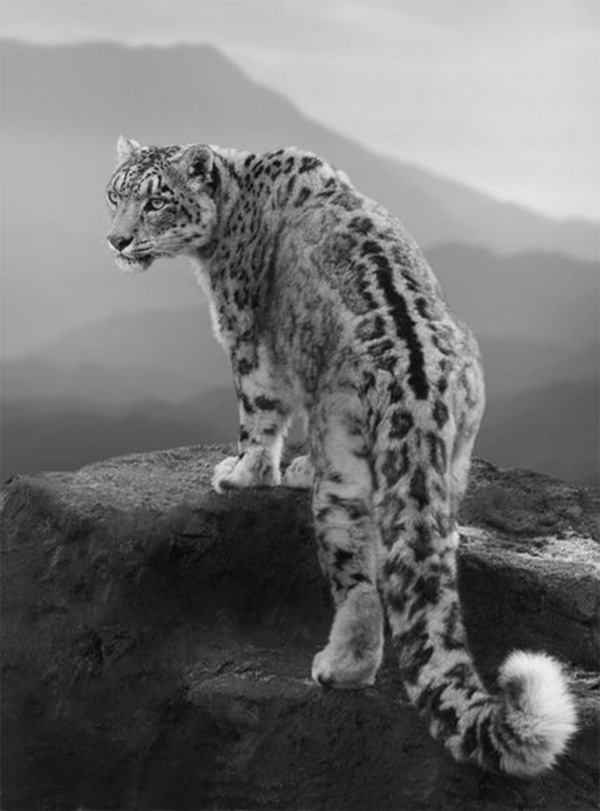 The silver market opened lower Sunday night, but I don’t believe it is a buying opportunity, at least not yet.

I received two new dreams yesterday, giving me the following new insights regarding my vision of the snow leopard, which I posted on Saturday.

In the first dream, I was visiting some old friends in a small town. They had been out of town for the weekend and hired a baby sitter to take care of their two young boys, about 6 and 8 years old. I arrived at their apartment before they arrived, so I was playing with their boys while waiting for them to arrive. When they finally arrived, they were paying the babysitter, so I joked with her saying I only needed to take 50% of her pay for helping her.

Then my friend showed me another room in his apartment where he set up a putting green for practicing his golf game. Then I watched him hit a few puts.

Then I left their house and was driving home. I had two people in the car with me, but I don’t know who they were. As we were driving, my two right wheels went off the road as I was trying to avoid heavy traffic. The edge of the road dropped off steeply into a hole, so it was unnerving when this happened, but I was able to get back on the road again quickly.

I believe arriving at their apartment before they did reveals how I was early taking a position in USLV for the move up. Playing with their two boys might represent the small price moves up over the past week while I was waiting for the bigger move. However, even after my friend arrived, there were more delays represented by him showing me his putting green and me watching him while he hit a few puts. Golf is often used a symbol for silver since the clubs are silver and the ball is white (silver is the white metal). Putting is a play on words for put options, which is another bearish symbol, which also includes the downward movement of the ball dropping into a hole.

My two right wheels going off the road confirms more downward price movement, but the problem was quickly solved and I continued moving closer to home. I believe that represents the price getting back on track, moving closer to the top, which is represented by my home destination.

I don’t know why I joked with the baby sitter to give me 50% of her pay. I also don’t know why there were two people in the car with me since I went to their apartment alone.

In the second dream, my son and I were both standing in the shallow end of a swimming pool playing a game of tag. He was only about 12-years-old in the dream, but in real life he is much older.

He was standing in the pool a few feet from me, but had his back to me so he was looking the other way. I snuck up behind him to show how close I could get without him being able to touch me. When I got real close, he sensed it and quickly turned around and reached out toward me trying to touch me, but it was too late because I was already moving away from him.

I believe this dream was a confirmation of what God has been showing me about price movements in the silver market because it matches the snow leopard vision in four ways, as shown below.

My conclusion is the price will move lower before turning around and moving up quickly. This idea is supported by the fact we were both standing in water and getting wet because water is a bearish symbol representing downward pressure on price.

I was not shown how far it will drop before turning around, but I believe the turnaround happens soon, as in a few days rather than weeks. After it finally turns around, I am expecting it will be a significant move up because otherwise God would not bother revealing it, but not a huge move because my son was shown as a 12-year-old boy.

The lower the price of silver drops, the more it sets the stage for buying call options for the return move up to the top. From there, the stage will be set for an even bigger options trade buying puts for the move down that follows afterwards. Even without options, these movements will be profitable with USLV when the price is moving up and DSLV when it is moving down.

The more dreams I get, the more I learn how every detail has significance, even if the meaning is hidden from us. God isn’t just shooting the breeze with idle words and images. Therefore, we must pay close attention because missing a few details can change the interpretation significantly, which is why we need God’s help understanding what He is trying to tell us.

God has a reason for doing it this way. He is inviting us to seek Him for more understanding of the hidden meaning. God uses dreams and visions to draw us closer to Him. The process offends the prideful, but those who are humble and contrite in spirit persevere, driven on by their hunger to draw closer to God.

The information provided here is often partial and therefore relies on interpretations that might not be accurate. It is provided only as a starting point for prayerful consideration and not as a recommendation for investing.

Z3,
I know investing is exciting and fun .
This is also a public site and open to ALL. There are mostly Christians here and might be a few seeking the Lord that found this site by a google search and have stuck around . There are also probably wolves in sheeps clothing.

For your own safety and protection do not post how much silver you are buying or how much you plan to invest . If silver really hits some of these high numbers and people know how much you have you could be a target. Don’t want that to happen to anyone on here.

Mark,
Me too brother. I wish I had more on fire Christian friends as we find here on this site.

I guess it might be late in the day but can I encourage you all to still pray for Donald Trump to be your next president as gods put him on my hEart this year to pray for him.
Just got home from home group and Matt the leader did a good bible study from the old testimony about this from cirus and daneal interpreting dreams,long story but intresting,the point being how God can use body to bring about acorupt persons or nations down fall.
Matt revelled after some research that a Christian profosized in 2011 that trump would one day become president ,but thought it would happen in 2012 so this Christian shelved it but now it looks as though it could come to pass.
I’ve just learnt all so that is running mate is a evangelical Christian which is intresting,get them both in power and you could see gods message sweeping through your land about Jesus.
Matt also cover from Samuel ,from a different angle which seams to fit in with a declining nation how leaders can fowl things up well we know that trump cannot stop your nations economic collapse and a nasty dose of inflation taking place along with bank failures,but I hope he gets in so the lords will can be done in your land and corrupt pratices are exposed .
If he gets in first day of office he will be 70 years old and 7 months and 7 days in the year 5777 in the Hebrew Callander I think,I find this very intresting.
What ever anybody’s thoughts about him good or bad lets still pray at this late stage if it’s gods will for him to lead your country that it will be done and the Clinton empire will collapse.

Absolutely awesome woke up around 3 am uk time and dream that Trump would take Ohio.
Praise the Lord I believe he will win your elections against all the the odds.
Following it on bbc world news.

Heeeey, there you go! That’s a snow leopard!
(Yes, I’m just here for the cats. Sorry about that)

Think you nailed it, James.

Behold, thou desirest truth in the inward parts; and in the hidden part thou shalt make me to know wisdom. Psalm 51:6

i have the same feeling as with brexit. i thought before that this one will go through.the broad population is here also misspositioned.
my inner confirmation tells me trump will win, and therefore i position myself for a short term rise in gold & silver

I really feel the same thing. It’s seems like Brexit on steroids!
I just looked at a Newsweek magazine set to publish later with President Hillary Clinton on the cover. It seems like even with all the corruption and voter fraud Trump will take it.

I just wanted to say I was wrong about the election being like Brexit on steroids in regards to the market. I thought it possibly could be H2: I was clearly wrong.
On the other hand, even with all the voter fraud Trump took it! Incredible!

James, thank you for sharing these dreams and thanks for the interpretation.
Blessings !

James, I know dream interpretation is a work in progress so I’m just amazed at the level of understanding God has given you of the dreams you are having; especially given the numerous details. Over the last 2 years, I’ve seen an increase in your understanding and interpretation of dreams. Thanks for sharing and inspiring us to also get deeper in understanding our dreams.

Thanks Jemba. It helps having a mentor like Jim Reeve. I have learned a lot from him, but still have a lot more to learn.

I appreciate the humility in that acknowledgment, James.