You are here: Home » News » Jesuit Agendas » Political News » “Donald Trump Has Been Anointed to Power in America to Accomplish My Agenda, Not His”
Share this post: 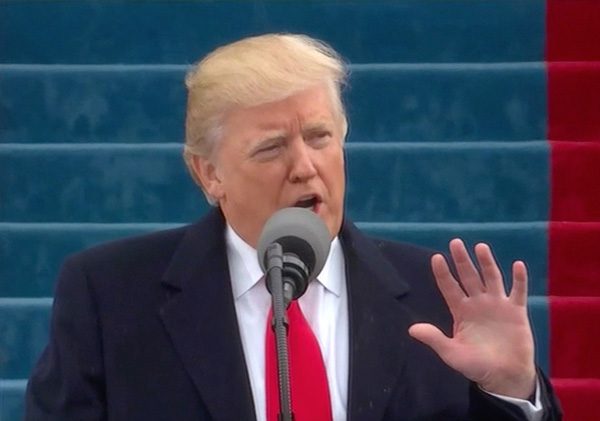 The following is what I felt the Holy Spirit say. I read the entire passage thrice (as is my usual practice), and the first three paragraphs are what I received each time. The last paragraph, which I received in closing, I feel is more like God’s reaffirmation of the entire message.

First reading: Donald Trump will not make America great again. I’ve anointed him and placed him into power to accomplish My agenda, not his. And making America great again is not on My agenda. What is on My agenda is purging and cleansing, purging by fire and cleansing by water. I will cleanse this land of its filth and its people too. But only a remnant will yield to the cleansing, and so only a remnant will be saved.

Second reading: And so it will be. Just as in the days of King Zedekiah of Judah when I set before the people a way to life and a way to death and most chose death, now too I set before people—the American people—life and death. The life is a new life in my son, Jesus Christ. But I know most will choose death.

Third reading: I will kindle a fire in America, and America will burn, and the Babylonian system in place will come crashing down. But, My people, My people, who are in Babylon, I urge you: “Come out! Come out of her! Come out! Be separate from her, and be holy, for I am holy. A fire will come. It will be a fire of judgment, but it will also be a fire of cleansing. Yield to the cleansing, or you will be destroyed in the judgment.”

My thoughts: While I do not wish to add to what God said, I feel I must emphasize that we must not look at this message as a prophecy of America’s destruction, rather a restoration of the people to holiness. Also I don’t think the part about coming out of Babylon is a blanket call for every believer to get out of the country, unless God has personally told them so. Rather, it is a call to let go of the world and be holy.

But, My people, My people, who are in Babylon, I urge you: “Come out! Come out of her! Come out! Be separate from her, and be holy, for I am holy.

The whore is not the Catholic Church. Just ask Demitri Duduman.

thank you Sujit..God bless you

Oh my goodness. By ‘calling out’ senators John McCain & Lindsey Graham (see latest Donald Trump tweet), President Trump is truly ‘poking’ at evil members of the political elite. He is extremely Brave and Correct. James, I will say again, he and his administration are ‘standing’ up for the American people in a way that has not been seen for decades. Please continue to pray for his safety and divine protection.

Thank you so much for sharing this

I concur wholeheartedly with this word…’nuff said!

Thank you for sharing! I agree with your word, especially about the cleansing by fire. I also have a sense that the church is about to be tested in a major way and that we should not expect Trump to take our side if we start facing tribulation or persecution.

I remember reading one of Rick Joyner’s books in which he saw the church as a surfer catching a big wave that absolutely mauled him. He then started to train, become fit and lean and waited with some trepidation on the beach seeing a second big wave rising from the sea and wondering will he be able to handle it.

In another of his visions, he saw believers as living stones of a temple on an island and as storm after storm hit the island, the temple became smaller and smaller and after the storms had passed, a much reduced building was left.

These visions does not leave much to interpret.

With the signing of first set of executive orders he has already started draining the swamp. The effects of this swamp was not confined to US but affecting the whole world. Forced regime changes,war,assassinations,bribery,drugs,war on cash,use of HAARP for climate terrorism,population control,suppression of beneficial technologies and inventions,eugenics are just few of them.For President Trump to finish what JFK started,our foot needs to be on the prayer accelerator.
http://www.zerohedge.com/news/2017-01-23/trump-signs-3-executive-orders-withdraws-tpp-freezes-federal-hiring-limits-overseas-

What majority of abortions are really all about…