You are here: Home » News » Financial News » The True Story Behind the Financial Crisis 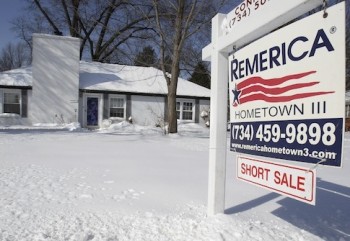 Peter Wallison on Wednesday lamented the poor understanding people have of the underlying causes of the financial crisis, arguing that a false narrative of the crisis led to the Dodd-Frank Act and continues to stymie real reform in the financial sector.

Wallison, a member of the Financial Crisis Inquiry Commission and a financial policy expert at the American Enterprise Institute, discussed his recent book Bad History, Worse Policy: How a False Narrative About the Financial Crisis Led to the Dodd-Frank Act during a lunch event hosted by Americans for Tax Reform.

“The Dodd-Frank Act is the most intrusive, the most regulatory, the most comprehensive financial regulation since the New Deal, and there’s really no comparison with the New Deal,” he said. “This piece of legislation is truly extraordinary.”

Wallison said the narrative of the crisis championed by the press and liberal politicians is that Republican deregulation and greedy big banks are to blame.

The media is suspicious of capitalism, Wallison said. They view it as “Darwinian,” the “enemy of equality,” and an “inherently unstable system that results in crashes time and time again.” Regulatory agencies also have an interest in the conventional narrative. “Whenever they fail, they get more power,” Wallison said.

But this narrative is wrong, Wallison argued. “Anyone in the financial industry will tell you it wasn’t financial deregulation,” he said, although even the financial institutions themselves did not fully understand the causes of the crisis at the time.

Wallison spent about five minutes outlining his version of the causes of the crisis.

The 1992 legislation also gave the Department of Housing and Urban Development the power to raise the requirement. By 2005, 55 percent of all mortgages bought by the two government-owned mortgage-backing institutions were for low-income individuals.