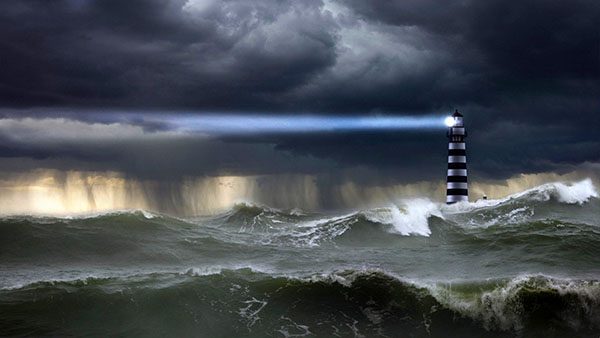 “Much strife and confusion is coming to the earth. There will be eruptions of violence, murder, strife and infighting in various places.

Much tension shall abound, and brother shall strike out at brother. The line is being drawn tight.

(NOTE: In the spirit here, I saw a line, like a tightrope wire, being tightened and tightened, until it looked like it would just snap from the tension.)

When I speak to the angels, what is holding back the war will be released, and battles will break out in many places. War will break out. Fighting and killing will seem to be everywhere at once. This is the beginning of the end. Prepare your houses. Prepare your hearts, for the end is upon you. The end of all things quickly approaches.

My children in the earth, My true children, will shine like a beacon in this dark time. Miracles will abound, My Word will go forth with great boldness and authority as it did in the time My Son Jesus walked the earth, and many souls will be added unto My Kingdom. The end is very near now as these souls enter just before the door is shut.

Thank you Glynda for listening to The Lord God.

Please take this before The Lord and lay it at His feet, if you would like, I feel He is saying to us to “keep your focus on me right now.” As in Hebrews 12:2.

Hebrews 12:2
“fixing our eyes on Jesus, the author and perfecter of faith, who for the joy set before Him endured the cross, despising the shame, and has sat down at the right hand of the throne of God.”

Luke 6:28
Bless those who curse you, pray for those who mistreat you

Matthew 5:39-44
39 But I tell you, don’t resist an evildoer. On the contrary, if anyone slaps you on your right cheek, turn the other to him also.
40 As for the one who wants to sue you and take away your shirt, let him have your coat as well.
41 And if anyone forces you to go one mile, go with him two.
42 Give to the one who asks you, and don’t turn away from the one who wants to borrow from you.
43 “You have heard that it was said, Love your neighbor and hate your enemy.
44 But I tell you, love your enemies and pray for those who persecute you

We aren’t to lash out in hurtful vengeance and violence, but instead we are to bless those who curse us, pray for those who mistreat us.

I read this word above first thing this morning. Thank you Glenda. Wanted to share this I heard later in the day that coincided and prompted me to share here. Shalom!

Your purpose is to expand the borders of the King’s dominion.
“Truth is not at the mercy of fact. There can be a mountain in front of you, but you can say to the mountain to be cast into the sea. The fact is there is a problem aka a mountain the fact is it can be thrown into the sea.”

“True Biblical Christainity is inconvenient, but it is glorious”

This war will in part be because of our inability to respect our emotions. Too many people have decided to deny, repress, cover up, walk away, and choose not to resolve their difficult emotions. If we take our hurt to the Lord, He could heal it, and remove the pain from our ledger. You cannot just push the emotional self away any more than you could stop a wave from the ocean. We have unresolved grief in our dna even from our ancestors and we need to take it to the Lord for healing. This will help turn the hearts of the fathers to the children as prophesied in Malachi 3:5. If we don’t, the whole earth will be utterly wasted at His coming. I have learned to ask God to resolve my emotional conflict, and He in return has asked me to forgive others, and especially myself. That is the way out.

“Ye have not yet resisted unto blood, striving against sin”. Hebrews 12:4
In all of our trials, shortcomings, discouragements and weaknesses, we must not lose ground on what the Lord has built up in us over the years…….the home stretch is approaching.

Thanks Glynda for sharing those encouraging words and scriptures.

Here are a few more that really encourage me as the day approaches.

AMPC version, Jer. 17: 5 Thus says the Lord: Cursed [with great evil] is the strong man who trusts in and relies on frail man, making weak [human] flesh his arm, and whose mind and heart turn aside from the Lord.
6 For he shall be like a shrub or a person naked and destitute in the desert; and he shall not see any good come, but shall dwell in the parched places in the wilderness, in an uninhabited salt land.
7 [Most] blessed is the man who believes in, trusts in, and relies on the Lord, and whose hope and confidence the Lord is.
8 For he shall be like a tree planted by the waters that spreads out its roots by the river; and it shall not see and fear when heat comes; but its leaf shall be green. It shall not be anxious and full of care in the year of drought, nor shall it cease yielding fruit.

I particularly love the peace I feel when meditating on verse 8.

Praise the Lord, Sar Shalom will be fully manifested in us in the day of His coming! Notice all the virgins are asleep at the darkest hour. Peace he gives to His dear ones.

Thanks much, Glynda, for all of the words and Scripture which you receive and share.

Dumitru Duduman said there would be a falling away from the truth, that civil strife would draw man’s attention to the center of the country and then the Russian bear would awake and attack. The hand writing is on the wall but the country has become spiritually illiterate. “Because thou sayest, I am rich and increased with goods, and have need of nothing, and knowest not that thou art wretched, and miserable, and poor, and blind, and naked”, Rev. 3:17. The angel told Dumitru, This is Sodom and Gomorrah and in one day it will burn. Only one in ten in the U.S. have a Christian world view. Only 3 of 10 pastors have a Christian world view.

It is difficult to discern the nearness of prophetic words. Imminent can be years away yet in Gods viewpoint in human history it is imminent. I believe once the initial event kicks off we will see a rapid unveiling of prophetic events. There are warnings and there are prophesies. We can only wait and watch. Sometimes it feels as if the waiting is worst than the event but then how bad will it be when the event occurs? We will soon find out. Sometimes I have to get away from it all, much prophesy can color everything we see and do. Family , friends, strangers we meet, .. a sense of foreboding replaces joy. This is why spending time only in His presence is the purest method of retaining balance in an insane world. Many voices compete for our attention, not all bad but we may find ourselves eating at the wrong tree in the garden. It is enough to have grace for the moment; there is a price to pay in desiring to see beyond the day.

Martin, thanks for your comment. We live in this world but are not of this world and it’s not easy sometimes but I would rather err to the kingdom side and look strange to the world than to blend in. Our witnesses could make a difference to the many people whose path we cross. We are a light to the world that is stumbling in darkness. Let your light shine. Being saved out weighs everything else in our lives that are bought with the precious Blood of Jesus!!!! Be prepared so that you will be worthy to ESCAPE all these things coming upon the earth!! Luke 21:36

Yes, the end is at hand. This is the year of Jubilee and the books will be balanced. Yet many are deceived saying, where is His coming? Things are just as they have always been. Fools that can discern the weather but know not the signs of the times.