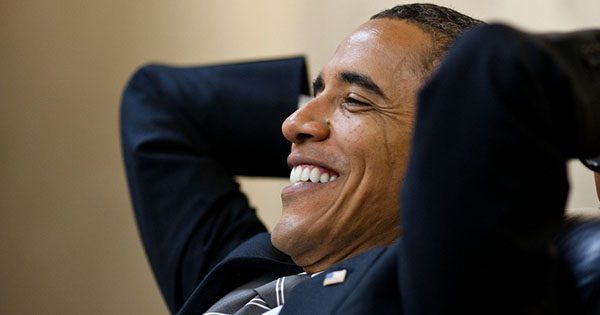 It might take years to uncover all of the criminal activities of former President Obama. A new study shows he stole billions from Fannie Mae and Freddie Mac mortgage giants to prop up Obamacare, which was completely broke. The Obama administration robbed the housing industry to prop up his failed government takeover of the healthcare industry. In the process, Obama put the entire mortgage industry in great peril.

Guided by a CPA, who worked for two years for a major U.S. accounting firm as an outside auditor for Freddie Mac, Infowars.com has documented in the Treasury Department’s 2013 financial reports how the Obama administration diverted into Obamacare billions of dollars that Treasury confiscated from Freddie and Fannie earnings.

On Aug. 17, 2012, the Obama administration finalized the amendment of the Treasury Department’s Senior Preferred Stock Agreements with Fannie and Freddie that deprived private and institutional investors of their legally due dividend payments.

This enabled the Obama Treasury Department to confiscate billions of dollars in Fannie and Freddie earnings, in what is known as the “Net Worth Sweep,” or NWS. (See the complete report)

Infowars broke this story on March 13, but amazingly the mainstream news media is not even covering it, which is further evidence they are not news organizations, but propaganda machines for the corrupt deep state shadow government. It’s not like they aren’t covering stories about Obama. They are, just not any important stories revealing his criminal activities. Consider the following list of top news reports in the past 24 hours regarding Obama.

But when it comes to this story about Obama stealing over $200 billion from investors, not a word.

Dr. Corsi shares more details about this scandal in the 18-minute video below.

Is there a such thing as a honest politician? Just a thought and yes I hear obama is the ac I can see that and will continue to pray for those who are led astray by him or anyone associated with obama

What’s the real state of the economy? It’s not a pretty picture. Listen to Robert Kudla interviewed by Dave Hodges of the Common Sense Show.
http://www.thecommonsenseshow.com/2017/03/17/the-economic-collapse-is-underway-financial-expert-robert-kudla/

Nancy Pelosi, ” We have to pass the bill, to find out what’s in it.”

Maybe somewhere in there , there is a let’s rob Fannie Mae and Freddie Mac, we own them anyway.

Of course im joking but you never know.

Obama On The Run – Drug Cartel Going Down

Report by Retired US Army Vet Dr William Mount: Claims Obama is fleeing from a boat in the Caribbean leased under his name after a USAF Jet buzzed the vessel & shut down it’s electronics control systems, then a drugs bust discovered massive amounts of Cocaine on board.

I would be careful on quoting that story – by William Mount. He is tied to Lucis Trust and his ‘source’ in that video — is Sorcha Faal – well known disinfo site.

I agree. I saw that news story and it seemed odd and hard to believe, like fake news.

Is anyone surprised? Laws are meant to be broken and the sad thing politicians as a whole pass laws but do not follow them

That’s because most politicians think they are above the law.