You are here: Home » Prophecies » Donald Trump » “The timing can be extended only in prayer as negotiations weigh in the balance, now.” 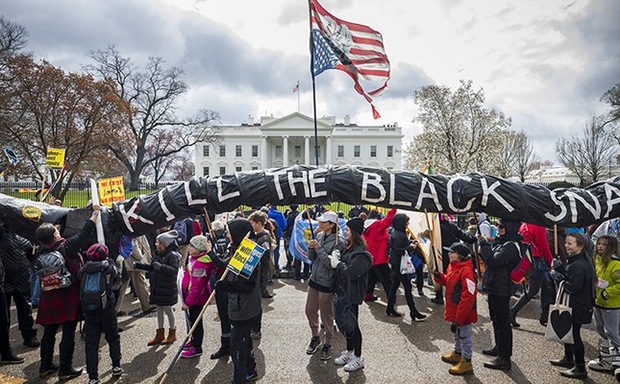 My sense was that I was watching a parade of some sort. I stood, watching a man from a distance as he was being moved along in a large black convertible car with the top down. The man sat on top of the back seat. Then his gaze landed directly on me and I awoke at 2:53 am.

I then heard the following:

“The American Congress has long since relinquished goodwill toward the American people, evidenced in their legislation. The greed (covetousness) of power, wealth, and increasing ability to oversee destruction has left many tainted and unwilling to even utter the first prayer for your current President. Even now, he is in need of genuine prayer, which can only come from My people.

Lay aside your biases, personal judgments, and dislike of his personality. This hour is critical unlike any other. Seek Me on his behalf. The crooked places are infected. The halls of the White House are not peaceful. The President seeks solace like never before. The will of your Creator is that His people will uphold this President in prayer for My wisdom to be central in his (President Trump) decisions.

The waves of onslaught have been many and strengthening his hands and knees to continue to stand is his greatest need. Strength to accomplish the tasks set before him. Peace to quell the onslaught against his mind.

At present, he is a target. Pray protection from My hand as he leads this land of America. Rise up and take your stand as often as you think of him, pray for him that he may see clearly, move with sure footing, and receive My wisdom.

As a book closes, America’s last chapter comes – she will be closed shut, let this not be prematurely. (As I heard these words, I saw the nation cloaked in the American flag. Then, the nation folded up and closed just like a book. I could see just a few of the stars on the closed up book).

The hot coals of change will be heaped upon this nation in consequence of it’s many sins. The timing can be extended only in prayer as negotiations weigh in the balance, now. Your star spangled banner; your flag, may soon loose its decorum and associated freedom. Make haste and pray that he be under-girded only by My power in this late hour.”

After receiving this message, I began praying for the President. I saw a grotesque vision of a ginormous snake coiling itself around the White House. The increasing pressure it applied around the White House was causing the house to look like it would implode. I knew it was trying to squeeze life out of President Trump, maybe even his family and his administration.

Below are suggested scriptures to pray over President Trump. Inserting his name wherever there are personal pronouns personalizes these scriptures:

Psalm 138:7-8 (NJKV) – Though I walk in the midst of trouble, You will revive me; You will stretch out Your hand against the wrath of my enemies, and Your right hand will save me. The Lord will perfect that which concerns me; Your mercy, O Lord, endures forever; do not forsake the works of Your hands.

Isaiah 35:3-4 (NJKV) – Strengthen the weak hands, and make firm the feeble knees.  Say to those who are fearful-hearted, “Be strong, do not fear! Behold, your God will come with vengeance, with the recompense of God; He will come and save you.”

This hurts me so badly with what is going on. I pray for our president. I have a radio program and I pray for him on it as well. I didn’t like Obama, but I prayed for him.

I will continue to pray for him. I wish I could make a difference in the Kingdom of God for this nation and my president.

Thank you for posting.

Crystal,
It isn’t often when I’m awakened to write what I hear, but when it happens, I know it is very important. I just know we all need to remain very close to Jesus in worship and prayer.

I pray Isaiah 54:17 every day over President Trump. There are many in my country (Australia) praying for him, his family, and his administration, that the Lord’s will be done. Thank you for sharing your dream and the other Scriptures, Ivette. Shalom.

It is always very comforting to have the Lord point out specifically what he wants us to pray.

If you like Trump
1st Timothy 2:1-3
I exhort therefore, that, first of all, supplications, and giving of thanks, be made for all men;
For kings/ (Presidents), and for all that are in authority; that we may lead a quiet and peaceable life in all godliness and honesty.
For this is good and acceptable in the sight of God our Saviour.

If you don’t like Trump
Matthew 5:43
You have heard that it hath been said, Thou shalt love thy neighbour, and hate thine enemy.
But I say unto you, Love your enemies, bless them that curse you, do good to them that hate you, and pray for them which despitefully use you, and persecute you.

Either way…..Pray as he has told us.
We are all in this together.

Thank you love you bless you
The Lord be magnified!
Brent

Whether you are a “fan” of his or not, this is exactly the kind of supernatural ministry and exhortation we need on this website. Pretty simple, pray and intercede for Trump. Maybe as well, pray specifically against…naming out those demonic entities….those entities that would seek to derail Trump from his assignment. Pray specifically , calling out the damage we would like to see enacted/done against demonic powers of hell set against Trump, Pence and their families.

Jerry:
I pray God’s wisdom direct us in our prayers. We need the Holy Spirit more each day as the inevitable encroaches upon us.

Thank you for this post Ivette. The urgency is right on and the desperate need for each of us to pray is beautifully expressed. Seeing a glimpse into the spirit realm of what is going on is eye opening and makes the urgency all the more real. The Lord gave me a few confirming glimpses while interceding to the Lord for him, and yes, the evil coming against him is coming from all directions, is non-stop, and is absolutely OVERWHELMING. Our president is under constant, non-stop attack and needs our prayers. God have mercy on us and forgive us all. Corri

Sapphire:
May we live humbly and thoroughly dependent upon Him.

The snake coiled around the White house the way it is described ..sounds like the spirit of Python… squeezing life out..

I rechecked in case & typed in what is the spirit of Python & found this site which is interesting in itself..never found this site before it is completely new to me as I am in Australia.so reading intently.

.Scrolling down the article.
The following is an excerpt authored by Bobbie Jean Merck.
https://www.hiskingdomprophecy.com/understanding-spirit-of-python/
reference to Acts 16.16.re spirit of Divination & Python.
this does apply to a church ecclesia,body of believers & ? the White house in this case…? possibility. pray for confirmation.& seek the Holy Spirit for guidance.

**also noticed in the column to the right hand side; Prophecy Posts is a list & I looked @ a couple of those that caught my attention..one being Persecution Warning & The Ancient Paths by Elizabeth Marie Dec 1 2018. whose recent post is here on Z3 news..

Hi Anne:
I’ve known of Bobbie Jean Merck for many years. Yes, the snake is definitely Python. I too, along with my family, have seen the coming persecution in dreams. It will take a very close relationship with the Holy Spirit to live.