You are here: Home » Prophecies » “A time period has been granted for that which has been stolen to now be returned.” 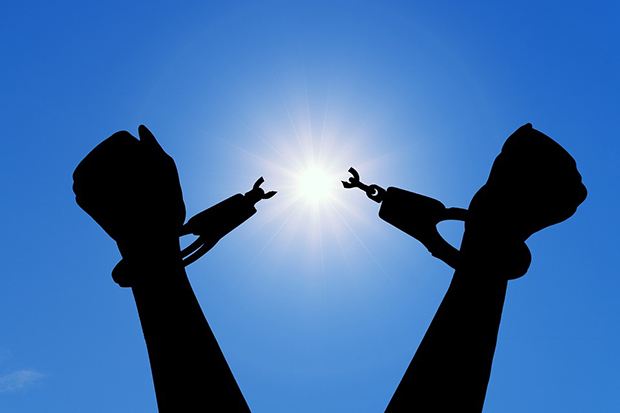 “Unlock the stolen destinies. Call them forth to return, those who have learned, to now stand up in their turn.

A time period has been granted for that which has been stolen and locked up to now be returned to those who have learned in their trials and tests, and they will be given their places to finish their races.”

On August 30, 2019, in our Saturday evening meeting, the Lord said to decree the return of the stolen destinies to begin to return again. We had everyone alerted and we decreed what the Lord had said to do. Many shared with us their testimonies about feeling breakthrough.

On Sunday, August 31, 2019, an angel named Awakened Destiny came to me. He was blond haired and dressed in plated armor that even extended outwards upon the back of his hands. He turned his hands over and he had horns of light shooting out of the palms of his hands.

He came because we had obediently decreed that those stolen destinies were to now come forth. He was sent from heaven to awaken those who have slumbered and to bring a release to those who have been captured by the enemy in various circumstances, to see them now returned and established as the rightful heirs.

Use the month of September wisely, get free and take back everything that belongs to you! The angel Awakened Destiny is here to help you.

Hope is the anchor for our soul.

Hebrews 6:19
[Now] we have this [hope] as a sure and steadfast anchor of the soul [it cannot slip and it cannot break down under whoever steps out upon it–a hope] that reaches farther and enters into [the very certainty of the Presence] within the veil, [Lev. 16:2.]

Angels are sent to rescue us when we are taken captive, so we can fulfill our purpose.

Zechariah 1:19-21
19 And I said to the angel who talked with me, What are these? And he answered me, These are the horns or powers which have scattered Judah, Israel, and Jerusalem.
20 Then the Lord showed me four smiths or workmen [one for each enemy horn, to beat it down].
21 Then said I, What are these [horns and smiths] coming to do? And he said, These are the horns or powers that scattered Judah so that no man lifted up his head. But these smiths or workmen have come to terrorize them and cause them to be panic-stricken, to cast out the horns or powers of the nations who lifted up their horn against the land of Judah to scatter it.

Acts 12:5-11
5 So Peter was kept in prison, but fervent prayer for him was persistently made to God by the church (assembly).
6 The very night before Herod was about to bring him forth, Peter was sleeping between two soldiers, fastened with two chains, and sentries before the door were guarding the prison.
7 And suddenly an angel of the Lord appeared [standing beside him], and a light shone in the place where he was. And the angel gently smote Peter on the side and awakened him, saying, Get up quickly! And the chains fell off his hands.
8 And the angel said to him, Tighten your belt and bind on your sandals. And he did so. And he said to him, Wrap your outer garment around you and follow me.
9 And [Peter] went out [along] following him, and he was not conscious that what was apparently being done by the angel was real, but thought he was seeing a vision.
10 When they had passed through the first guard and the second, they came to the iron gate which leads into the city. Of its own accord [the gate] swung open, and they went out and passed on through one street; and at once the angel left him.
11 Then Peter came to himself and said, Now I really know and am sure that the Lord has sent His angel and delivered me from the hand of Herod and from all that the Jewish people were expecting [to do to me].

I sensed a revelation today of how to love the family memebers we see in sin. The Lord said, “It is your job to love them. It is mine to convict and bring them to Me. You can tell them words I give you to say.”

Deep down I know this to be correct, but it is so easy to get caught in the mire of taking responsibility for their behavior. This of course is a controlling effort that is not loving.

Lord, please help me to walk in this.

I have been given much over the years and have shared it but have seen no fruit. The answers of my mind were you can’t be used or its not Gods timing. There is no doubt that both could be correct but… The thief comes to steal, kill and destroy. I would like to have back what can be used for his Kingdom and have been decreeing it seven fold lately. I think that this word has been a timing issue, and it is about time because its now or never to get done what is written.
Daniel 10:13 But the prince of the Persian kingdom resisted me twenty one days.
Stand up and resist, throw down and take back all that you have because this is not just for today or tomorrow. Daniel 12:13 partial/ and then at the end of the days you will rise to receive your allotted “inheritance.”
Thank you sister