You are here: Home » Church » Assignments » “It is time to learn in the Heavenly Classrooms. It is time to be taught the Divine Courses.”
Share this post: 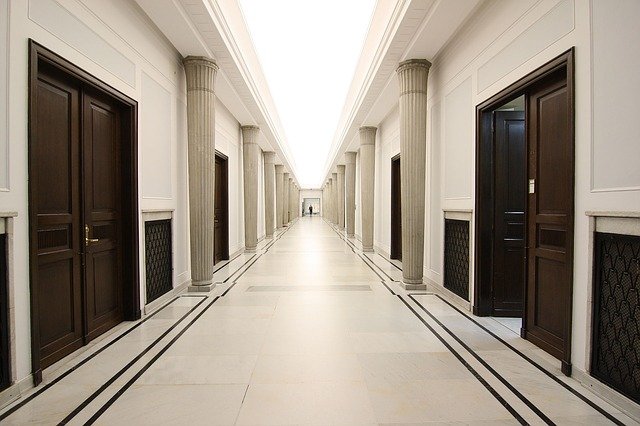 During our church meeting in 2013, my husband, Patrick, realized the angel Uriel had come from Heaven into our meeting. God had sent him for a purpose. We then all sought God for why he had come to us that night. Then the Lord spoke His thoughts, through the angel, to us. Then I began to hear what the angel was saying so I went to the front and repeated what I heard.

You are called to rule and reign with Christ in the Heavenlies and on the earth. But few come higher to learn of their full authority; to learn of their full commission in the earth. Enoch was one of many that have come in every generation, and now it’s your turn. It is time to desire and look into the Heavenly things, with the angels, the things that have been reserved for these last days. The things that you were born for, and your purpose on this planet, which is to accomplish the Father’s will in the end.

If you are to walk in the eternal realm, you must know that there is an order to these realms, just as there is an order to the natural realm. It is time for you to function in your full capacities. It is time to learn in the Heavenly Classrooms. It is time to be taught the Divine Courses. The Father has activated and opened the portals to you, a few at a time, so that you could learn to grow up in them, so that you could grow up in the degrees of learning that will come to you. Because as you grow up in Christ, you shall also mature, you shall also function as Christ functioned in the earth, and in the Heavens. For as He has authority, so do you, but you do not know it. You do not wield it. You do not enforce it. But you will, for the Father has said it is time to come, and to teach the Church her role in the Heavens, and in the earth. For you are Divinely giving birth.”

As I spoke the Lord’s word to us, His Presence increased and He was moving deeply among us all. I then picked up more thoughts from the Lord given by His angel. The Lord was instructing us corporately as I shared these thoughts.

“We are at a strategic time on the earth when men’s choices and men’s desires are becoming full blown. The things that men have wanted to rule and have dominion over are going head over heels to destruction.”

When the Church gives up our rights of rulership to men, then we tell them to rule instead, this is what we get. But when the saints get a revelation of their scroll, or their nation’s scroll, or whatever, then we begin to govern that place back into the will of God through prayer because we have authority to decree by the authority given to each of us to sit in the Heavenlies with Christ and to rule from there. The Lord wants to train us and teach us how to rule, how to have authority, and how to change events on earth through prayer.”

Then I shared the following word from the Lord:

“I have scrolls, but if there is no one to enforce them, who is going to do it? I gave the earth to man. It is time for the dominion of the Church to begin, because I am bringing the dominion of man to an end. It is time for you to look into the Perfect Law of Liberty, to see what is written there, and then you are to begin to decree and to speak it forth, so the angels can create it. It is time for authority to be enforced from the Throne, and for you to begin to say, “No, our Nation will go this way. This is what we will become.”

Then I shared the following prophetic instructions for us:

“This is what will happen in the days ahead, for we have the power to decree what will be. God is going to open the Books for us, to see what He wants to be, then we agree with what He wants to be, then Heaven and earth will fully agree. Then the Power of Decree will create it, and it will be enforced in Heaven and on the earth, by the angels. It’s not about what we want, it is about what is written.

The Lord wants us to get with Him. He wants us to seek Him, to ask Him to open our eyes to His books that have been reserved for our day, and let us see the things that He wants to be enforced on the earth. Let us see the laws and the edicts and the mandates that He wants legislated in the earth, and show us how to speak it, so that it can be created, so the angels can go and bring it to pass. God is sending angels to help us, when we cry out to Him, then He hears us and answers us. At times, the angels will come from the Lord to tell us what to do, and what things mean for our day.”

Consider these verses from the Book of Enoch Chapter 33:1-4

1 And from thence I went to the ends of the earth and saw there great beasts, and each differed from the other; and (I saw) birds also differing in appearance and beauty and voice, the one differing from the other.
2. And to the east of those beasts I saw the ends of the earth whereon the heaven rests, and the portals of the heaven open.
3. And I saw how the stars of heaven come forth, and I counted the portals out of which they proceed, and wrote down all their outlets, of each individual star by itself, according to their number and their names, their courses and their positions, and their times and their months, as Uriel the holy angel who was with me showed me.
4. He showed all things to me and wrote down for me: all their names he wrote for me, and their laws and their companies.

And I saw another angel fly in the midst of heaven, having the everlasting gospel to preach unto them that dwell on the earth, and to every nation, and kindred, and tongue, and people,

7 Saying with a loud voice, Fear God, and
give glory to him; for the hour of his judgment is come: and worship him that made heaven, and earth, and the sea, and the fountains of waters

Are they not all ministering spirits, sent forth to minister for them who shall be heirs of salvation?

I always enjoy the author’s post but wondered about this one. Any Scripture to back this up? The only quote was from the Book of Enoch?

Thanks Susan. Always read what shows up here from you. That must’ve been an inspirational service.

WHEN the churches in america JOINED SATANS government ,they threw the US CONSTITUTION in the trash as they left the building,then when the ORDER was given by the government,they threw GOD and his HOLY BOOK THE BIBLE IN THE TRASH TOO…that happed many years ago……