You are here: Home » Church » Assignments » “Now is the time for those of you who have been forsaken and rejected to take your seat in that which I have ordained for you.”
Share this post: 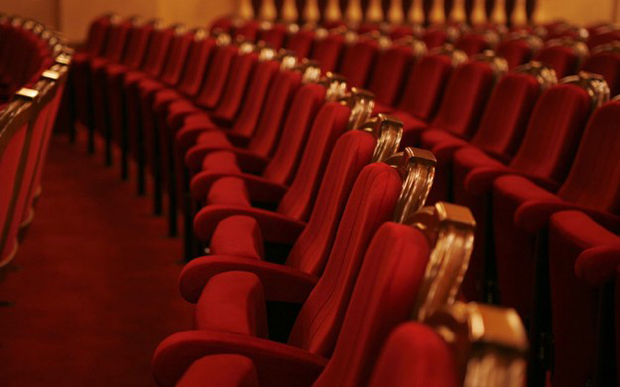 The Holy Spirit showed me a massive stadium filled with people. When the speaker came out, the crowd rose to their feet with a thunderous applause. I could not see who the speaker was, neither could I see what gender they were, but then I heard them announce, “Please take your seat.”

I then recognized this was Jesus Himself making an announcement to the body of Christ. The Lord says,

I have prepared you and taught you spiritual realities. I have equipped you and empowered you for this season. Now is the time to take back what the enemy has stolen and possess the land. Don’t cower back in fear. I have called My people to take dominion over the earth. I have called you to take authority over this land and not fall prey to the enemy’s strategies.

This is My kingdom, this is My destiny for you, and this is your rightful place as a believer. Do not think you need a podium, a pulpit or a platform to reach the multitudes. You will become My voice, not by might, not by power and not in your own strength. As you wait on Me in the secret place, I will seat you in your rightful place.

I am releasing the gift of “discerning of spirits”. You will perceive that which is spiritual from that which is carnal. You will learn to sense the spiritual climate around you. You will discern the hearts of others and recognize godly as well as impure intentions.

You will have authority in the place that I have assigned you to because you have My mark of approval. Demons tremble at the sound of the voice of those whose walk is blameless and know their authority. Step up into this seat which I have entrusted to you. Then you will begin to speak not just with persuasive words of human wisdom, but in demonstration of the Spirit and of power says the Lord.”

1 Corinthians 4:20
For the kingdom of God is not in word but in power.

1 Thessalonians 1:5
For our gospel did not come to you in word only, but also in power, and in the Holy Spirit and in much assurance, as you know what kind of men we were among you for your sake.

I take these words very seriously especially this one because it has lined up with what i had been suffering and dealing with for a very long time now. Just recently I see the purpose of it all, but not so fully. Thank you.

Excellent word. May the Lord alone be exalted in this hour. Use the lowly and the humble.

Elaine, the words you heard and wrote down are definitely from Yashua (Jesus) for his remnant right now. As citizens of his kingdom, we have rights and privileges that non-citizens cannot enjoy unless we freely share the “super-naturalization” process with them. He is so excited for his people right now. It’s not a religious thing. This is the time for the kingdoms of the world system to witness the power of Yashua’s kingdom through his emissaries. Thank you for sharing on Z3.

May God Almighty our Father bless you richly, Sister Elaine.

Thank you, Father for preparing your child and servant for this very time. May You receive all the Glory, Honor, and Eternal Praise from my life in the days ahead. Love, Jay

Thanks for the Great Word of Life By the Lord of Lords. Hallelujah to the highest!

Weeping as I read this! It is such conformation on what I’ve been feeling in my spirit. Thank you Elaine!

The other day in a dream I heard the Lord say the words, “Are you prepared for what I am about to pour out.” Given what he has been speaking to me about Zechariah 10 (hence my name) I knew exactly what this meant.”

Ask rain from the LORD
in the season of the spring rain,
from the LORD who makes the storm clouds,
and he will give them showers of rain,
to everyone the vegetation in the field.

The latter rain is about to fall, boys and girls. This the final rain that precedes the great harvest at the end of the age.

Elaine;
I feel the word came to me concerning this time, that God was going to move mightily in our youth to bring about the mighty revival with signs, wonders, miracles and healings. Have you a word of this??

Thank you for this word, I receive it in Jesus name!