You are here: Home » Prophecies » “Now is the Time. Breakthrough is at hand. Jesus is ruling in your favor.”
Share this post: 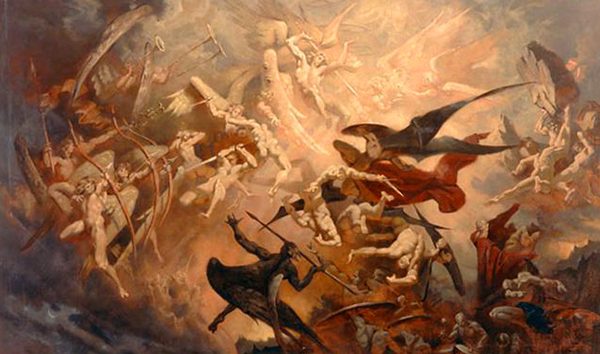 In the 13-minute video shown below, Pastor Joe Joe Dawson shares a powerful testimony of an encounter he had with God last night. Joe Joe Dawson is the Staff Evangelist for First Assembly of God in Texarkana Texas. His encounter started when he cried out to God saying, “God, I must have a breakthrough. I must have something from you tonight.”

He then went to sleep and had a vision that was so strong it woke him up. In the vision, he was looking up into the clouds and saw a war going on in the heavenly realm. He watched as angelic beings engaged in warfare. Suddenly, a roar came like a loud boom. When it came, angelic beings just fell down and a bright gold color covered the place. Then he woke up and heard these words, “Now is the time. Now is the time.”

After praying for nearly an hour, he asked God what it meant. Then he heard, “Now is the time. breakthrough is at hand.”

Then he asked God, “Breakthrough in what area?”

Immediately, he saw the same vision again with war waging in the heavenly realm. Again he heard the roar come and, when it did, everything was broken by it.

Then he heard a loud decree coming from heaven saying, “Jesus is ruling in your favor.”

Then he remembered a word the Lord spoke to him last week, “This is not an ordinary Easter. After this Easter things are about to change.”

Joe continued, “At about 4:15 AM, I felt like the kingdom of God exploded in me. I could not get back to sleep. I was so excited. I was so stirred up because something happened inside of me. I’m talking deep down in my spirit, after God spoke all of these things, after I had all of this crazy time with the Lord, it was like something exploded in me. I was so stirred and so excited about it. I’m telling you, every word God has spoken to you, you better get ready. I don’t care what anybody says, you better get ready because what God has promised you, you are going to have. You are going to receive. I feel the Lord saying right now He is about to mantle some people with things that you knew were there and men tried to keep off of you. You are going to have that. You will hold your baby they said you would never have. You will have that job they said you would never have. You will have that successful marriage they said you would not have. You will get that financial increase. People say you cannot buy a house, but I declare in the name of Jesus you will get that house. Everything God has promised you, you will have it in the name of Jesus.”

Pastor Joe thanks so much for seeing our Lord win this battle in the Heavenlies! I have been battling in the high places for 16 yrs! This vision encouraged me so much since we have been in delay mode for many years! I decree & declare Psalm 119:126 “It is time for you to act O Lord!”

Amen! God is faithful to His promises in Jesus name!

I felt the Lord speak to me saying, ‘Yes, people are going to celebrate that I have risen, but I want to celebrate My church being risen.’” This is speaking of the resurrection and rapture.

the Lord is raising us up to testify to the billions that are unsaved so they will be saved. The fields are white.
Love not our lives to the death and we will receive a crown of glory in heaven. Our lives are the dying seeds
that will show others we are willing to die for what we believe in, in Jesus. They will see this and believe.

Yes, Way exciting!!!!!!!!
So ,I have a testimony from today 4/17/17. I listened to Jon George general deliverance vid over 8x and then heard about us being persistant from a more recent one. So I sat in my chair in front of youtube and asked the Lord to reveal the dominate demon. I heard Pride many times over. I have had experience with this many years ago and a little from the other 8x, but today, all three times I listened, my back arched forward and I definitely felt something leave 2-3 times during each viewing.

Then I put on A long Break Every Chain singing at a church. I was slain in the sprirt for at least 20 minutes and the Lord electrified me and put a crown or something on my head. I wanted to run out of the house and pray for everyone I met.

So, I beleive so far I have some fruit. One is I was much freer to discuss the evidence of demons with a friend of mine without shrinking back. Also, I have had the sinful habit of really trying to convince people in a pushy way if they did not agree with my explanation or my understanding of the Bible or the supernatural. Well, today , the Lord was showing me how to approach my friend gently and not bowl her over with my testimony… She is Baptist, but is open to the supernatural…. So I see my pride in having others agree with me has lessened in the first few hours–It has been @ 5 so far. I am going to another prayer meeting now and can’t wait to see what the Lord does there.

So, at all three places I was today the Lord bought people who wanted to talk about deliverance, now this could not be anything but a miracle. Each time I talked to the three it got deeper and deeper. The last person had a 20 year deliverance minister in their family!!! A day to remember, what’s going to happen tomorrow. I am so excited 🙂