You are here: Home » Prophecies » Three Waves of God’s Spirit are Coming to Shore
Share this post: 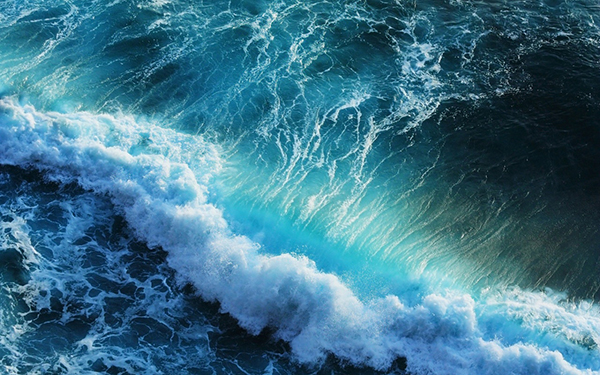 During the worship tonight at The Salvation of God Church (SOG), I saw in a vision many of God’s people walking along a beach by the ocean. Some were walking by themselves while others were in groups walking together. I looked out and saw three huge waves coming quickly into shore. No one was aware of them as they were moving at a fast rate of speed and each wave was crystal clear.

I understood God is moving deeply right now and we must understand the “Suddenlies of God” are upon us all. I knew the three incoming waves were:

The Wave of God’s Grace:

I watched as one man was walking and was so preoccupied with his troubles that he was unaware of his situation as he was very burdened and in a somber mood. His head was down and I knew he was struggling in his walk because of his hardships. I watched as the wave of God’s Grace came and hit him right in the face knocking him backwards sputtering in surprise. He shook himself in disbelief, but I also saw him break out into a big smile as he realized his burdens were all gone. He looked around but saw no-one, and he began to leap with joy in his newfound freedom. God has a Grace for every situation and circumstance that we go through. No burden is too big for Him or to hard for Him to break through on our behalf.

But He said to me, My grace (My favor and loving-kindness and mercy) is enough for you [sufficient against any danger and enables you to bear the trouble manfully]; for My strength and power are made perfect (fulfilled and completed) and show themselves most effective in [your] weakness. Therefore, I will all the more gladly glory in my weaknesses and infirmities, that the strength and power of Christ (the Messiah) may rest (yes, may pitch a tent over and dwell) upon me! (2 Corinthians 12:9)

The Wave of God’s Goodness:

I saw a group of people walking together on the beach and they were discussing the news of the day and the events going on all around them. They were very negative and agitated at what they were having to endure. I heard one of them talking about how hopeless everything looked for their future. Hearing them made me curious, so I glanced out to sea, and sure enough, I saw a bigger wave coming in very fast.

They did not see it at all as they were busy complaining about their hardships and lack of freedoms. Suddenly, the wave hit them and knocked them all down at one time. Like the first wave, this one was also as clear as crystal. It swept right through them like a giant filter and removed all the criticalness and negativity, and brought a new perspective to them all. They all got up wildly looking around, but then they began to laugh and to say to one another, “I did not see, I did not understand, but surely we are all in God’s hand!” They were each running and leaping down the beach rejoicing in God’s goodness towards them.

The Wave of God’s Glory:

Then I saw a couple walking hand in hand down the beach together. They were looking around, but they were also laughing at what was happening to the other people and they seemed to think that they were safe. They held onto each other’s hand and they were watching carefully as they went.

Again I looked out to the ocean. This time, I saw the biggest wave of all coming even quicker to the shore than the other waves and I wondered at it because it was a very powerful wave. It was like no one on the beach could see these waves coming in. Soon, it came and forcefully knocked the couple down and drug them out to sea where they struggled wildly screaming and trying to resist the powerful wave, but to no avail. All their efforts failed but they were soon shocked as they realized they were out in the very deep of the Ocean of His Glory. Then they began to laugh and swim happily and I heard them say, “This is not what we thought, this is not what we wanted, but this is you God! Lord, take us even deeper into you!”

But [the time is coming when] the earth shall be filled with the knowledge of the glory of the Lord as the waters cover the sea. (Habakkuk 2:14)

Prepare yourself for the Waves of the “Suddenlies of God” are coming!

Thank you for the confirmation Rev. Susan!

Thank you very much Brother Peter. It is indeed confirmation. Also a blessing and delivering word of God.