You are here: Home » Trading » Silver » Three silver dreams could be confirming previous warnings about a strong dollar and resulting financial crisis.
Share this post: 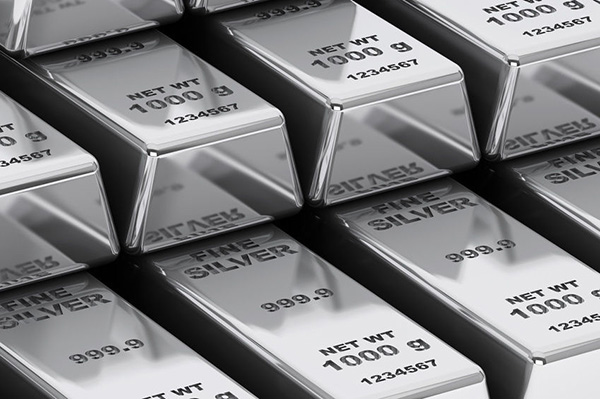 Today I received three silver dreams. In the first one, I saw a white kitchen countertop with a white jug of milk on the left side and a large puddle of milk that had already been spilled on the right side. I saw someone’s hand with a towel wiping up the spilled milk from right to left. End of dream.

Since milk is white and wet, it is a common symbol for short silver. Since the milk was already spilled when I first saw it, I think that’s a historical reference to the recent steep drop in prices as it already dropped over $2.50 since June 14. Since price lines move to the left when moving up, left is a common dream symbol for bullish moves. So wiping from right to left shows a bullish retrace of the recent drop as the wet milk is removed.

In another dream, I saw an empty glass on the right side of a kitchen countertop. To the left side of it, someone was holding a glass of milk and pouring it into the empty glass but in the process some milk was spilling onto the counter to the left side of the glass they were holding. End of dream.

Since the milk was pouring downwards this is bearish. The milk spilled onto the counter shows a support level stopping the price from going any lower.

In the third dream, I saw a silver metal ax swinging to my left and the blade sank into a white wall on my left. Since the blade was silver and metal and cut into the wall, this is bearish silver. Since the wall was on my left side, I think it shows bullish silver will soon take a big hit.

Putting all these together, it sounds like silver prices will soon make a bullish retrace of the recent drop before dropping to a lower support level. These dreams did not reveal any prices, but so far this year it has found support around $24.00 but previously it dropped twice below $22.00 on Sep 24 and Nov 30 2020.

Implications for the US Dollar and Coming Financial Crisis

Since silver prices have historically moved inversely with the US dollar index (DXY), these bearish silver dreams are likely indicating bullishness in the dollar. Based on a previous dream I received on July 7, 2014, I’m expecting a big rally in DXY prior to a sudden devaluation that triggers a global financial crisis.

Then during my prayer time two months later in September, 2014, I heard the Lord say, “It is going to come next year (which would be 2015) at a time when there are increased tensions between American citizens.”

I knew he was referring to the global financial crisis that He had shown me in the July 7, 2014 dream. Since He said “It is going to come”, I wrongly assumed He meant the whole crisis would not only come but would also be completed in 2015, but after it didn’t happen that way, I realized He only said “It is going to come”. In other words, He was only referring to the fulfillment of the first scene in my 2014 dream which showed the primary cause for the crisis was a strong dollar that refused to go back down. And just as He said, that scene of the dream did come in early 2015 as DXY made a big move up from about 79 in 2014 to over 100 in early 2015. And since then, it has done exactly what my dream showed as it has refused to sit back down. Since 2015, DXY has held onto those gains and has been range trading between 88 and 104 and is currently at 92.32. Although few people are connecting the dots between the strong dollar and a coming financial crisis, I believe that’s what God revealed and it makes sense because as the world’s reserve currency, the strong dollar has been causing economic hardship for many other nations.

I was not shown when the worst part of crisis would finally complete but other people have shared prophetic insights about a major shift in currencies in early 2022. I don’t know if that’s the right timing, but if it is, then it would most likely also be the fulfillment of the sudden devaluation of the dollar and resulting global financial crisis. In that scenario, I would expect DXY to move up significantly between now and early 2022. For now, I’m just trying to keep watch over these things and my silver dreams today seem to support that possibility.

James, your assessment here seems to line up with what I expect after reading this article: https://theblockchaintoday.com/the-shemitah-cycle-stock-market-crash-in-2021/

In conversation with friends or family I typically refer to the next crash by saying, “when it happens, not if”. Sometime between this fall and next summer seems highly likely.

Two people have seen RDD rising sharply in the month of March & ETN rising before that, they just didn’t know which year. So the beginning of 2022 for a dollar crash could fit this. If this is the case; too bad we couldn’t realize our gains and put them to work with the stronger dollar.

My notes show Christopher Harris saw RDD first rising to about 2 cents, then dropping. Separately he saw it rising above 4 cents so I assume that must happen after it goes up to 2 cents. Maria Conwell saw RDD would be “showing”, like a pregnant woman, by the end of summer, so I guess that would be September or possibly October, and in full delivery in early 2022, so that sounds like a confirmation of the March timing you heard.

Your notes on RDD are correct. When BTC hits CH mark of around 20k, it seems like that will be the time to get some RDD.

Usually women “show” in about 3 months time. So now is probably the time of “conception.”