You are here: Home » Church » Assignments » There will be a dismantling, and a restructuring and a mantling of many people to accomplish significant kingdom assignments.
Share this post: 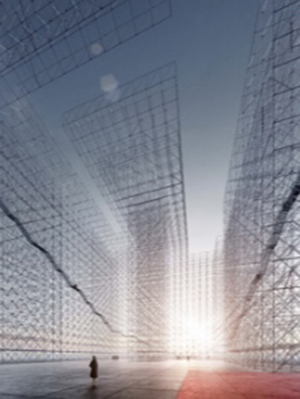 In an encounter with the Lord on February 2, 2022, I was shown a spiritual structure was being erected by the angelic hosts in the atmosphere above our city. Its girders and beams were all made up of pure light. It was a heavenly blueprint that had opened up before me to look like a 3D model of truth. It looked like architectural designs suspended multidimensionally in the air.

I then understood that the fibers or materials they were building with were our spirit led prayers which were released in agreement with Heaven’s instructions and will. The angels hearkened to our prayers and took them and weaved them in the atmosphere to create the decrees of the Lord for the scroll of the city.

God wants to build His greater purpose, making cities of His Habitation on earth. As we partner in prayer, in agreement with Him, spending time with Him on the Mountain in prayer, the Lord is going to release more to us on the revelation of Spiritual Structuring to the Body of Christ. Then the angels will build according to the heavenly patterns that God will reveal.

Hebrews 8:5
[But these offer] service [merely] as a pattern and as a foreshadowing of [what has its true existence and reality in] the heavenly sanctuary. For when Moses was about to erect the tabernacle, he was warned by God, saying, See to it that you make it all [exactly] according to the copy (the model) which was shown to you on the mountain. (Ex 25:40)

Hebrews 11:1-3
1 Now faith is the assurance (the confirmation, the title deed) of the things [we] hope for, being the proof of things [we] do not see and the conviction of their reality [faith perceiving as real fact what is not revealed to the senses].
2 For by [faith—trust and holy fervor born of faith] the men of old had divine testimony borne to them and obtained a good report.
3 By faith we understand that the worlds [during the successive ages] were framed (fashioned, put in order, and equipped for their intended purpose) by the word of God, so that what we see was not made out of things which are visible.

We are in a Season of Restructuring both in the spiritual and in the natural, and we must partner in agreement with God’s instructions in order to establish His purposes.

There will be a dismantling, and a restructuring and a mantling of many people to accomplish significant kingdom assignments. Significant change is upon us, and we must align everything by His Word and by His Spirit as we see it and hear it from Him. He knows what is to be done. The timing is now for us to see what He sees, and to say what we hear Him say, and then to obey it in every way.