You are here: Home » Prophecies » “There is an important message to be heard because it will occur over Pasach (Passover).”
Share this post: 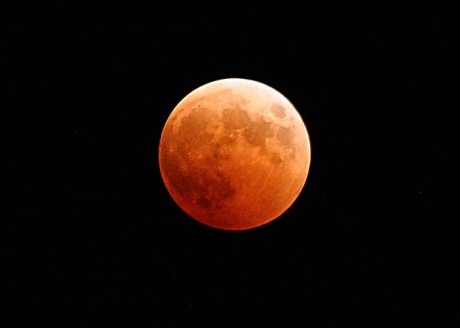 As reported in many recent news articles, a full moon will appear for three days during Passover, beginning at sunset on Saturday, April 16, 2022.

I’ve never heard of a full moon lasting three days, and happening at Pasach (Passover) impressed me strongly this must be prophetic. So I advised a few friends but received no replies, so I took my questions to our Father and recorded my conversation with Him, as shown below.

I asked Father, in Jesus’ name, I’m standing on Jeremiah 33:3, so please tell me why the coming “pink” full moon at Pasach lasts for three days. I asked Him to grant me wisdom, the Spirit of revelation and understanding.

“I will, My love, because you asked. It is an historic event, as you’ve realized. Never before has a full moon lasted three days. And there is an important message to be heard because it will occur over Pasach. And it does relate to the three days and nights My dear Son was in the grave for all mankind.”

“It is this, My love. I will release truth to the whole world of My Son’s sacrifice. I will use a natural occurrence, an event most pay absolutely no attention to, to shake them awake, as I shook the earth when My son died for all mankind.”

“I shook the Temple, and rent the veil into the Holy of Holies then, to show the Jews, and especially their priests (NOT My priests, and NOT My people) their gross sin in denying and killing their Savior, as they had denied, abused and killed My prophets before Him… all those who warned and spoke of Him that they hated.”

“I will once again shake the earth and remind all mankind their Savior lives! He lives, and will soon reign on this Earth over all kingdoms of the world. Those who will not receive Him will be destroyed. I have warned and warned. I warn no more!”

“This will be their final warning. I wait no longer! How dare they presume to deny Him, to ignore Him as if He were merely a fable! I will shake the earth!”

Katherine Lehman loved the Lord Jesus when she was a small child, but as she grew up, she turned away from Him. One summer day in the early 80’s when she was far away from Him, she had hit rock bottom and cried out to God saying, “If you’re real, you’re going to have to show me.” He faithfully answered her cry. Since 2010, she has drawn much closer to Him and devoted herself to studying His Word.

Note the Bible says Mathew 12:40 For as Jonah was three full Days & three full Nights in the whales belly; so shall the Son of man-(Jesus Christ -Yeshua The Passover Lamb.) be three days & three nights in the heart of the earth.

On doing a search Forbes had photos of Full Moon -They were calling it the Pink Full Moon. Full moon illuminates the night sky in Gaza City, Gaza on April 16th 2022.

Best seen @ dusk on Saturday April 16 2022 the “Pink Moon” ‘was pictured around the world draped in muted orange and yellow light as it appeared on the Eastern Horizon.

The date of the Full Pink Moon meant the Passover began the evening before on Friday April 15th 2022.

It always begins on the evening preceding the first full Moon after equinox, which this year was on March 20.

Similarly the Pink Moon also determined the date of what many call Easter, which happens on the first Sunday following the first full moon after equinox. This year that was Sunday 17th April.

Powerful message 🍎 Mr. Lehman . It would be a big earthquake or darkness. Happy Easter !