You are here: Home » Church » Remnant » The Lord is bringing these lonely pioneers a tribe that will be FAMILY. 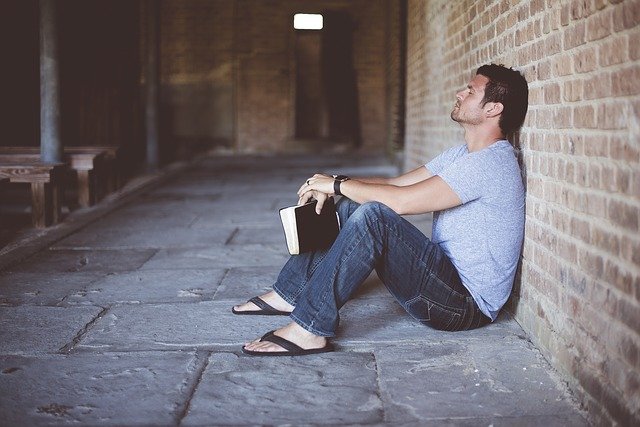 Last week, the Lord was showing me many pioneers that are feeling lonely right now, they are building with the Lord and moving into the ‘unchartered territories’ but have been feeling deeply lonely. For some of these pioneers, relationships they have run with before have shifted and changed, and they now feel like they are in the unchartered waters alone. Others have been in uncharted waters for a long time feeling very alone and crying out to the Lord for community of like-hearted and like minded people to run and build with.

I began to see the Lord bringing people from near and far into the lives of these pioneers and they became covenant relationships. It was relationship on a level that they had not experienced before. For many of these lonely pioneers they were beginning to experience what it was to live in safe community. To be deeply and genuinely loved by people. To be deeply loved and celebrated in a place of purity. I saw many pioneers whose hearts had been deeply hurt in previous seasons from people coming into their lives and to be in relationship with them, but it was soon revealed, that these ones had come into relationship for ‘what they could get’ and what they could receive from the favor that many of these pioneers were walking in.

The Lord began to show me that these ones are finding and going to find healing in these covenant relationships that the Lord is bringing into their lives. As I continued to watch, I saw not only their hearts begin to heal and blossom, I began to see these Pioneers flying on the wind of the Holy Spirit further and higher than they had ever been. They were flying not solo, but they were flying in FAMILY.

The words thundered around me so strongly, “FLYING IN FAMILY”

The Lord is bringing these lonely pioneers a tribe that will be FAMILY. They will not only go further into the assignments of the Lord for their lives in this new era, but they will fly in FAMILY. They will fly in the rhythm of the Lord’s heart FOR FAMILY. I began to see as these ones were flying higher than they ever had in these covenant relationships, that were family, they began to receive a greater impartation of the Lord’s heart FOR FAMILY.

I began to see these once lonely pioneers and the tribe that the Lord had brought to them, holding puzzle pieces and I knew that these somehow represented WISDOM. I was surrounded strongly by the sense that the heavenly wisdom that this ‘new tribe’ of people the Lord had brought to these pioneers were the MISSING pieces to the beautiful puzzle of the Lord’s plans He was putting together. The wisdom that was shared between these once lonely pioneers and these new covenant relationships, were fitting together to give a greater understanding, a greater clarity and vision of what the Lord is building and doing. I watched as many of these once lonely pioneers wept as the Lord had not only answered their prayers for covenant relationships but these ones came carrying the ‘missing pieces’ of His wisdom that they were crying out for. To “SEE” and “BUILD” what He was speaking.

I watched as these ones began to be some of the loudest voices heralding and championing the Lord’s heart for the FAMILY UNIT (households) but also the FAMILY of God. They were going forth with an anointing to BRIDGE. They were going forth as ones with an anointing to foster healthy relationships, healthy community and the impartation of the Father’s love that flowed through them drew people into the very safe place that they had experienced in these covenant relationships.

I continued to watch as the Lord used these once lonely pioneers as CONNECTORS. The Lord was now using them in great and powerful ways as NETWORKERS and CONNECTORS to BRING THE FAMILY TOGETHER.

There was such a deep place of refreshment that these once lonely pioneers had entered into. They had found a ‘home’ in healthy, covenant friendships. The Lord showed me that not only was He bringing these once lonely pioneers their tribe, so they could live deeply in the place of relationship and be celebrated in those healthy relationships the Lord has created us as people to live in, but I also saw that the Lord was bringing the tribe into the lives of these pioneers because in the unchartered waters they were navigating and the ways they were building with God in the new thing that He is doing (Isaiah 43:19) the Lord had prepared the ground by His Spirit through their hands to HOST A MAJOR increase and acceleration of the MOVE of His Spirit.

I began to hear the Lord saying that the move of His Spirit that was upon what they were pioneering was about to explode to a whole other level. The LEVEL and WEIGHT of the harvest and His power that was going to explode in these uncharted, ‘never been before places’ was UNPRECEDENTED and the Lord KNEW that the major increase of His Spirit, this major acceleration of the move of His Spirit in their midst could not be carried alone. I was overwhelmed but only by the love of the Father, His tender, beautiful heart to comfort these once lonely pioneers and answer their heart cry for tribe, but also the heart of God to prepare, to provide and position all that needs to be in place to CARRY a mighty harvest. He is not One who does not provide, He provides and in PERFECT timing.

Wow, Lana! This is another great post that I can relate to. I am blessed again and again. Thank you!

This is so uplifting. I received a personal prophecy in August 2020 about the Lord bringing me new friends into my life. I have been isolated and feel lonely a lot of times. My old friends don’t understand and I’ve had to separate myself because I don’t agree with the lifestyles they live. My walk with Christ changed over a year and a half ago, and I definitely refuse to be “lukewarm” anymore. Ready for my family tribe! 😇

Thank you, Lana. Yet another deeply relative message for me. We own a home with land and I have felt for years that the Lord will use it as a respite for other believers. Our family has sustained years of spiritual warfare that has manifested in many physical forms. Darkness seems bent on groping for what we steward. Many of your postings have bridged me through these tempering times. Evil has driven a wedge between my marriage with unfounded discord. We are all war torn and weak. The children and I remain faithful to the Lord and strain to hear what he wishes. I get so excited and impatient for what I believe the Lord has instore. If there was ever a posting of yours I pray to have unfold soon, it would be this one.

Now, I’m remembering a dream/vision from 2 nights ago. I was at my childhood home and an unknown family came to the house. They had all flew in from Jerusalem and the woman who did the talking said, “I’m your aunt whom you’ve never met before.” It was about 10 of them of my age range. I remember seeing a young child (around age 8). We were all laughing and conversing like we’ve known each other for years. I woke feeling so happy and excited. Glory to our Lord Jesus! I can’t wait to meet my new family in Christ. 👨‍👨‍👧‍👧👨‍👨‍👦‍👦👩‍👩‍👧‍👧👩‍👩‍👦‍👦👩‍👦‍👦👩‍👦🙏🏽

That’s a great confirmation dream. Isn’t it amazing how we get stuff like that but sometimes don’t even remember it until later. Makes me wonder… what else is in there?

My closest friend pulled the rug out from under me by assuming the worst about my new husband. Some things had happened that she assumed proved her right and she went to my ex husband and told him I was in danger and needed help. She came to me 5 months later and asked forgiveness and I welcomed her back, but her guilt wouldn’t allow her to get close with me again. It’s been really sad for me…I really loved her. I’ve never liked women, I’ve been done dirty like this too many times in my life. I want my tribe!!

Oh, how I understand your pain and am truly sorry that you have experienced it much too often. It is the same for me as well- too much betrayal of which none of it was necessary. Really expected to just move forward without a “tribe”.

Thank you, Lana, for this uplifting post and faithfulness to Our Lord.