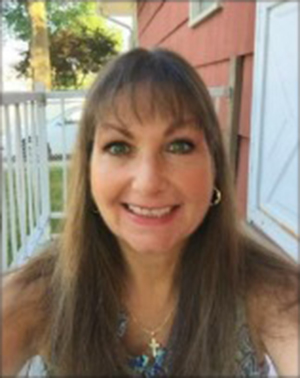 Many times the Lord uses natural things to speak to us supernaturally. On Monday my friend and I were discussing the fragrance of God. I told her a story about one time when I was at a conference and suddenly a sweet perfume aroma filled the atmosphere. The minister who was speaking shouted out: “Many of you are smelling the fragrance of God”. Suddenly several of us smelled a glorious fragrance in the room but not everyone in the meeting smelled it. Some people have a gift to discern what’s in the atmosphere and sometimes for others the Holy Spirit gracefully allows them to sense or smell things.

A few minutes later, this minister said: “The fire of God is here and some of you are smelling that fire”.

When he said this I smelled a beautiful fragrance of burning wood. I know that this may sound really strange to some of you because you have not yet discovered the supernatural realm of God. Those of you who know me know that I fear God and wouldn’t say anything that was untrue. The Lord is not pleased with those who fabricate stories about supernatural occurrences or anything else for that matter.

Fragrances and incense are used often in the Bible. Aaron was instructed to burn incense on the alter each morning and at twilight each day as an offering to the Lord. Once a year on the day of Atonement the High Priest took the incense into the Holy of Holies and burned it on the altar of incense. A sweet aroma arose and the cloud of smoke ascended from the censer intended to cover the Ark of the Covenant. He then sprinkled blood on the mercy seat for the atonement for the sins of the people. When the priest poured the perfume on the hot coals of the altar of incense, the scent would rise up to heaven.

Perfumes were used in the purification process of Esther. The scent of her perfume reached the King before she did. She had twelve months of preparation of soaking in myrrh and perfumes. Her fragrance filled the atmosphere every time she walked by the throne room of the King. After a year of preparation, the King extended his scepter to her and Esther obtained grace and favor in the eyes of the King.

In the New Testament there is a story about Mary who was the sister of Mary and Lazarus (who was raised from the dead.) Mary poured a pint of costly perfume on Jesus feet and wiped them with her hair. Then there was another incident in the house of Simon the leaper (Who was healed of leprosy) in Matthew 26:6-13. A woman opened up an alabaster box of ointment and poured it on Jesus head. Jesus disciples complained that she was wasting it and it could have been used to feed the poor but Jesus said, that she did a good thing and her name will be known forever in the gospels. The fragrant oils released an aroma of worship.

Yesterday afternoon I had an unusual experience. I was playing worship music in my car as always and there was a beautiful presence of God. I stopped into a local grocery store to buy some fruit. When I got to the checkout counter the man in front of me turned to me and said: “I have to tell you, your perfume fragrance is amazing.” Then he walked out of the store. The cashier asked me what he said and I repeated it to her and said, “Wow that’s the fragrance of heaven that he smelled.” I wasn’t wearing any perfume or scented oil.

The Holy Spirit wants to show us amazing things. 2 Corinthians 2:14-15 says that we carry the fragrance of the knowledge of God everywhere we go. Let’s continue to be walking signs and wonders and press in to be carriers of the fragrance of Jesus to a lost and dying world. He has so much more for us.

Your presence releases a fragrance so pleasing— over and over poured out. For your lovely name is “Flowing Oil.” No wonder the brides-to-be adore you

Each young woman’s turn came to go in to King Ahasuerus after she had completed twelve months’ preparation, according to the regulations for the women, for thus were the days of their preparation apportioned: six months with oil of myrrh, and six months with perfumes and preparations for beautifying women.

Mary picked up an alabaster jar filled with nearly a liter of extremely rare and costly perfume—the purest extract of nard, and she anointed Jesus’ feet. Then she wiped them dry with her long hair. And the fragrance of the costly oil filled the house

God always makes his grace visible in Christ, who includes us as partners of his endless triumph. Through our yielded lives he spreads the fragrance of the knowledge of God everywhere we go. We have become the unmistakable aroma of the victory of the Anointed One to God—a perfume of life to those being saved and the odor of death to those who are perishing.