You are here: Home » Church » Teaching » The Book you Skip Over, Leviticus, #3 of 4, What Atonement Really Means 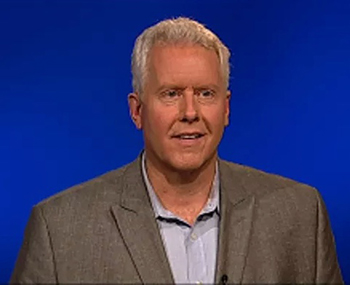 We use the word ‘atonement’ not really understanding it from the perspective of Leviticus, which is a type of life in Christ.

The word ‘atonement’ in Hebrew means to cover something, in ancient usage to cover wood with pitch – like a paint layer, like a waterproofing layer of tar over wood. But it is more than that, for the word carries the significance of meaning the two parts become one by the covering over of the pitch; the first covered by the other making them one.

The covering causes everything to stop, rest, be at peace, for it is the final act in that woodworking project. Once it was covered, the craftsman was done. There can be no further wood working once it is covered over. There is nothing more to do at all, the two have become one.

For that reason it is atonement, translated as ‘at-one-ment’.

Consider those 3 parts: “At-one-ment”. Atonement. It is the act of being ‘at one’ with Christ. It is the moment of becoming at-one. His covering has made us one with Him, and He with us. He is stuck to us and we to Him like pitch sticks to wood, and wood to pitch, becoming one unit.

“At-one-ment (At one moment or ‘at that one moment’) means all the questions that start with: “Do you think ____ is covered in the atonement”, obsolete. The burnt offering and other offerings of Leviticus relate to and are all about making at-one-ment for Israel. EVERYTHING is covered. When a person offered a burnt offering for their atonement, they became at-one-at that moment; with God.

I’ve mentioned before that in the New Testament there are over 120 terms like ‘in Him’ and ‘He (Christ) in us’ describing us being one with the Lord through the blood of the cross. The offerings of Leviticus which atoned for Israel’s sins were pictures off Jesus’ cross to come. The burnt offerings were completely burned so that nothing was left of the sin. That made the worshipper experience an ‘at-one-moment’ with God. They became one because no sin stood between them and God any longer. And it was all God’s doing.

That is the thoroughness of the work of the Lord. The accuser of the brethren would like us to forget that fact and brings up our memories – but the sin of those actions was long ago covered, sealed over, burned up completely so that nothing is left! We are truly “at-one” in a moment of time, with the Lord. At-one-ment.

Memories are left that we might learn from them and know from which we’ve been saved, or if done while in Christ, that we may know His continued grace and forgiveness and learn our lesson. But spiritually those sins no longer exist, thus Satan begins a mind-game with us. We must put those thoughts of accusation and condemnation away, bringing thoughts and feelings captive to Christ, for we have experienced at-one-ment with God. The burnt offerings are a type of the completeness accomplished by Jesus on the cross, and at-one-ment is the result. At one.

Sinners run from God sometimes because they know they are sinners, sometimes intuitively they avoid Him without knowing why. John 3: 19-21 tells us that light came into the world but men love the darkness lest their lives be exposed. But those who love righteousness want the light.

When the Lord made the tabernacle He stopped talking to Israel from the Mountain, moving to the tabernacle, choosing to speak from the Mercy Seat in the depths of the Tabernacle. The move from mountain top to Tabernacle is found in Exodus 33: 7-11 which says in part:

“…And as Moses entered the Tabernacle the cloudy pillar descended (from the mountain) and stood at the door of the Tabernacle. And the Lord talked to Moses…face to face as a man speaks to his friend…”

God created a system using the priesthood and system of sacrifices by which man, who was so afraid of the pure and almighty God, could be reconciled, and even approach God and know Him. He made a way that man and God could experience at-one-ment. God moved off the mountain into a tabernacle/temple, and then eventually from the building into human beings who would have Him. “Do you not know your body is the temple of the Holy Spirit who is in you?” (I Corinthians 6:19)

Jesus is our rest. Having Him in our lives causes us to experience by the Holy Spirit, at-one-ment with God. Unlike the Old Testament people who experienced at-one-ment in a way that had to be continually renewed with each sin and sacrifice, Christ now lives in our recreated spirit 24/7, having removed the barrier of sin in His burnt offering, giving us true at-one-ment for eternity with Him and our Heavenly Father by His Spirit. Amazing grace!

We’ll close out the series next week, until then, blessings!