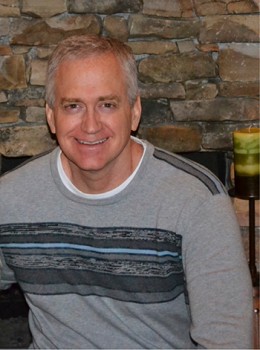 I did not grow up in a Christian home, although we attended church regularly. Nobody in my family knew the Lord or how it was possible to know the Lord. Despite that, I feared God and I believe I would have been open to hear more about him if there had been anyone to tell me.

After four years in a liberal arts college, I went from being a God fearing person to doubting the existence of God. Faith in God was undermined in almost every class by professors who thought way too highly of themselves. So without the knowledge of God I pursued all the things I thought would make me happy, which was mostly parties, drugs and girls.

After college I went to business school. The first year there was so much fun. I had a new sports car and one girlfriend after the next. I had everything that I thought would make me happy, yet I felt emptier inside than ever before.

At the end of the first year, I went home to live at my parent’s house for the summer. While I was staying there, I rented a video about paranormal activity. It was interesting to me because at that time I did not believe in anything supernatural. The video talked about Edgar Cayce. He operated in supernatural gifts that resulted in many people getting healed. I was interested to learn more so I went to the library and checked out a lot of books about him. He read his bible everyday and it was the only book he ever read. He said he received his supernatural knowledge from a bright light. There is even an institution in Virginia where people have documented all of the amazing signs and wonders that he performed.

This rocked my world-view. After 4 years at college, I left there doubting the existence of God or anything else in the realm of the supernatural. So I started getting pretty excited about Edgar Cayce. For a few weeks I was telling everyone about it. I was more convinced than ever that the supernatural realm was real. I was also convinced Edgar Cayce was a Christian.

Then one Saturday in July, I was at a bookstore and I came across a book by Hal Lyndsey. The title caught my attention, ‘Satan Is Alive and Well on Planet Earth’. I opened it up to a random page and began reading about false prophets. I had never even heard about false prophets. He explained that you can spot a false prophet because his teachings will be contrary to the Bible.
The next morning was Sunday. I turned on the television and started randomly flipping the channels. I never watched any Christian television back in those days but as I flipped the channels, I came across a preacher. Immediately, the first thing he said was, “Beware of false prophets because they will feed you a lake of truth to give you a pint of poison.” I could hardly believe I was hearing that twice in less than 24 hours.

I then began to compare the teachings of Edgar Cayce with the teachings of the Bible. I was amazed to find that his teachings were contrary to the Bible, including things like reincarnation and the city of Atlantis under the sea.

By this time, I was totally freaked out because I had been so convinced this man was from God. I had been duped. What really got me was the fact that Edgar Cayce had real powers, well documented with thousands of testimonies. If this man was not getting these powers from God, then where did it come from? I concluded there had to be an evil power that was trying very hard to trick people into following this false prophet.

I was totally blown away to think the devil was real and that he came up with this elaborate scheme all for the purpose of leading me away from God, ultimately to destroy me. That got my attention and I knew I needed God’s protection from this evil person.

In John 6:44, Jesus said, “No one can come to me unless the Father who sent me draws him.” I know now that the Holy Spirit was drawing me. I am so thankful that He helped me because I was totally lost. He was the only one who was helping me but that was enough. Alone in my bedroom, I got down on my knees and I prayed, “Lord God, I surrender my heart and my life to you. I ask you to be the Lord of my life from this day on.” At that moment I was born again.

I did not have any Christian friends or anyone to talk to about these things. I went to a little church by myself near my parents home. They had an alter call and I went forward to receive the Lord. When I left there, I felt like my feet never touched the ground walking to my car. I felt so much peace.

When I got back to business school, many of my friends thought I had gone completely nuts. They laughed at me openly to my face. I did not know what to tell them. The year before I was one of their best friends, now they thought I was a freak. I connected with some of the Christian students, Tad and his wife Bird, and started attending a bible study at their home. They told me about a good church so I started going there every Sunday.

I went from being a total heathen during my first year at Emory to being a struggling new born again Christian during my second year. I was very ignorant and my fleshly appetites were as strong as ever before. I struggled to stop sinning, especially the sexual sins. Actually, I wavered a lot during that first year and a half. I was excited about knowing the Lord, but I was still bound up with a lot of bad stuff. I wanted to have the Lord and the immoral things of the world, but that did not work.

After I graduated from business school, I got a job and moved to Ohio in June, 1983. For the first few months living in Ohio, I was still trying to hold onto the old familiar sins while also wanting to hold onto the Lord. My relationship with the Lord was not growing because He was not first in my life. By November, I had made no friends, had not found a church and was feeling miserable and all alone. At that time, I totally surrendered to the Lord and put him first in my life. I started seeking Him whole-heartedly, getting up early every day to have lots of time with Him. It was at that time that I received the baptism in the Holy Spirit. Within a few weeks, I found a great church and met the girl who is now my wife. The Lord totally set me free from pornography and marijuana. That was when I finally started growing in the Lord.