You are here: Home » News » Jesuit Agendas » Terrorist Attacks » Terror is Coming From Your Own Nation, From the Inside, Not the Outside
Share this post: 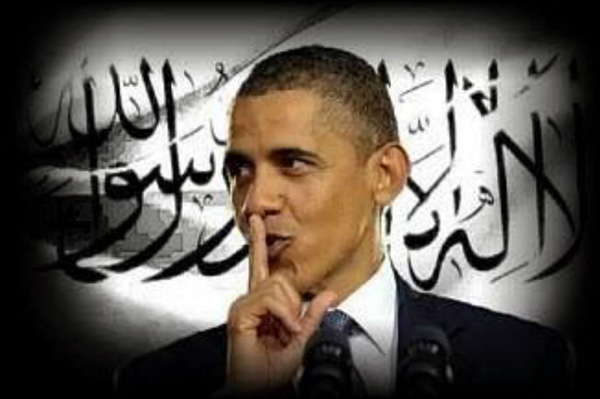 Today I had a dream in which I saw Christians being murdered in America.

I was out on the street that was very busy with people going back and forth. There were some people there gathering all of us and putting us in a large room.

I knew it was a church building they were putting us in, and I knew we were Christians. We all began to realize something was wrong, they were going to kill us. We were not allowed to speak or get up, if we did not obey they would kill us immediately. Everyone was scared. The people threatening us were very American looking. They appeared to be just everyday Americans in the way that they dressed and talked. So we knew they were spread out among us and we didn’t really know which ones they were. So we were all fearful to speak to each other.

As I was sitting there, I was thinking, “They are going to kill us regardless of what we do. I am not going to die like this!”

So I stood up and started to preach the gospel. I started speaking the word and the message of salvation to those in the crowd.

For God so loved the world that He gave His only begotten Son, that whoever believes in Him should not perish but have everlasting life. (John 3:16)

I turned to a small group who I realized were some of the ones who were detaining us and I began to speak scriptures from Isaiah to them.

Woe to those who call evil good, and good evil; who put darkness for light, and light for darkness; who put bitter for sweet, and sweet for bitter! Woe to those who are wise in their own eyes and prudent in their own site! Woe to men mighty at drinking wine, woe to men valiant for mixing intoxicating drink, who justify the wicked for a bribe, and take away justice from the righteous man! (Isaiah 5:20-23)

Each time they told me to sit down and shut up and I refused, so they become angrier. I saw them talking among themselves as if to say, “She is going to pay for this!”

I saw in their hands thin gold chain necklaces. They were sliding them over from one hand to the other hand for each time I disobeyed. I knew each one represented a form of punishment to death. So I turned and looked at the small group counting these chains out and said, “You can only kill me once!”

I looked out to the crowd and said, “They can only kill us once!” I kept repeating that over and over. I was looking at the crowd as if to say, “Stand up and fight, do not die like this, silent! Stand for Jesus!”

And I say to you, My friends do not be afraid of those who kill the body, and after that have no more that they can do. (Luke 12:4)

After my dream and praying for an interpretation the Lord spoke this to me.

“As you see the Christians of today sitting quietly as this country is turned over to a dark force that is trying to remove all righteousness from this land I say to My children, stand, speak with authority; tell others about Jesus; tell them about Me in spite of intimidation; in spite of interrogation; in spite of mockery. I ask My people to rise up; this remnant; this army, that was created for this time in history. To stand, to speak the word. To draw those to Me that would come and to curse those of the darkness, that their eyes may be opened that their ears may hear what the Spirit is saying.

Disaster is coming upon the land. Fear has overtaken many of those I have called to stand in these times of terror. This terror is coming from your own nation. This is a terror that is coming from the inside not the outside. The evil one has come and overtaken this nation in the highest places of authority. He has come to bring this nation to ruin, and I have lifted My hand from this nation. I have brought down My hedge of protection, because this time will be used to draw thousands to Me. When they see disaster hit they will come.

But remember, My children, the darkness will come also. They search out those that stand for righteousness. Stand tall and know who you serve. Speak life and do not fear death. As I built a hedge of protection around this nation, although it is removed, I will continue My hedge of protection around My children who stand for righteousness. There is no price to be paid worth the selling of your soul. There is not a price worth your soul.

This election has brought fear upon the land. Many believe it is a time of revolution, but revolution for My people will look differently than the streets of wickedness. Revolution will be on your knees crying out for justice and protection. Giving of your own life to save another. Cutting all ties from material things that are worthless in the coming days. It is time to stand up and say, ‘You can only kill me once!’ Hear what the Spirit is saying to the church.”

Sherry Gorslin is an ordained minister along with her husband they founded Truth Ministry. She is a Women’s Health Nurse Practitioner and has worked at pro-life clinics for the last 20 years saving the unborn and helping families choose life. She is an author: Prepared in the Wilderness, First You Must Believe That He Is! She has a blog dealing with last day events called Prepared in the Wilderness where she shares dreams, visions, and words from God. She resides in Peoria, AZ.

Now that Scalia has died, the Obama entity has at best a 4 4 split on the court, the entity can do what it wants and the court will not stop it on a 4 4 vote.

The mask is coming off of evil! Very soon we will see exactly what the influence of evil and darkness is behind the current administration and the systems of the world. Reject the spirit of Babylon, Jezebel, Antichrist and Ahab! Don’t tolerate evil any longer!

Thank you for your word of truth. Amen to so many great responses.

This such a powerful word. It resonates with me. i love your spirit sister. W have to FIGHT for truth, for what is RIGHT and for OUR GOD!! I praise Him for this word and dream that He gave to you.

Thanks Katie, I so agree! The time has come to stand up and be heard as Christians. I too love your spirit! I pray we can shake this nation to a great awakening!!

Yes, this is absolutely the number one thing we must always remember through good or bad times. It is the love of Christ in us that shines through to reach others. Knowledge and preparedness are in vain if we miss the Father’s love for us and each other. Thanks for your comment!! God Bless you!

Sherry,
Thank you for sharing. I agree wholeheartedly regarding standing up for Jesus and for what is right and true. However, I do not agree with what others have said regarding the “pre-trib rapture” doctrine as being false. I have personally studied eschatology for nearly forty years now, and find this doctrine sound and well founded. With that said, I do however believe this country and the entire western world is under God’s judgment. Also, there is no other time in human history that has experienced more persecution of Christian than now; and has indeed come to America as well–which will become exponentially worse as time goes on. I do believe this country will be utterly destroyed and many lives will be lost–only those who are truly serving the Lord and place their total faith in Him and He alone will be divinely protected. We will then have our work cut out for us as the true follower of Christ. The unbeliever will have no hope; all that they hope and trust in (i.e. this material world) will be no more. They will then be hungry for the Gospel message. Then the end shall come (seven year tribulation). “And this gospel of the kingdom will be preached in the whole world as a testimony to all nations, and then the end will come” (Matthew 24:14)
In order to have a better understanding for the main purpose of the tribulation, you must first study Daniel 9:15-27. There are many more scriptures, but this I believe is a good starting point.

Thanks Michael
Believe me changing my belief on this issue took years also of study. I pray you are right and I am wrong!! Until He comes before or after the tribulation, let’s stay united on the things we agree on. God Bless you brother for your stand for Christ!

Sherry,
Yes, I absolutely agree!!! We must stand united (1 Cor. 1:10). This is vital! The enemy is always looking for a foothold. We must never give him even a millimeter.

May the Lord richly bless you, your family, and ministry!!!

Thank you for this word pastor Sherry. It is easy to allow fear to move from our thoughts to our hearts, then allow it to control our actions. As I read this word, I think about every time the underdog was victorious through faith in the bible. Even though we can’t see the big picture and our death may be counted as a victory, the most important thing is to stay motivated by GOD’s love.

What an awesome word and so very true. I surely thank our God that He has chosen you to be our Pastor. As God continues to speak with you we know we will never be in the dark for you are God’s faithful servant.

Thank you for taking the time to come to the site and comment. I am blessed to be a part of your life. God Bless!

Sherry
Thank you for all you do…..GB

Thank you for your kind words!

Thank you for sharing this sobering Word of Truth, Sherry.

Thank you, I know these are hard words from the Lord for us. He tells us He will tell us before things happen and although it is not always good, it is always awakening. We can be prepared for whatever happens , because He is with us always. Be blessed today!