You are here: Home » Prophecies » End Time Prophecies » Birth Pangs » Ten Signs We Have Entered the Season of the Lord’s Return
Share this post: 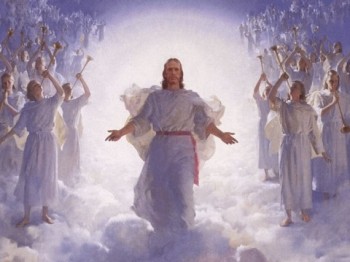 Time is short. The day of the Lord is coming soon. The events foretold in the Bible are already unfolding. We have now entered into the season of the Lord’s return.

No one knows the exact time of his return, but he told us the signs to watch for because he wanted us to know how to recognize the season of his return. Otherwise, he could have just left us in the dark like the rest of the world, but he didn’t do that. He identified specific events, signs that let us know the time is drawing near.

They are now happening. Here are ten signs telling us we have already entered the season of the Lord’s return:

Jesus compared these signs to the appearance of leaves on a fig tree, which let us know summer is near. He said the generation that sees these things would not all pass away before all of these things are fulfilled

Now learn the parable from the fig tree:when its branch has already become tender and puts forth its leaves, you know that summer is near; so, you too, when you see all these things, recognize that He is near, right at the door. Truly I say to you, this generation will not pass away until all these things take place. (Matthew 24:32-34)

The leaves have now appeared on the fig tree, so we must be close to the time of his return. He also said the generation that sees these signs would not all pass away before all of these things are fulfilled. So the time clock has already started counting down. We are now less than one generation away from his return. No matter how we do the math, the conclusion is the same… we are very close!

Rev.20:4 speaks of the souls under the throne that were beheaded for the witness of Jesus and the world of God.

That is happening now. Isis is killing Coptic Chrisians by beheading.

We are seeing an increase in persecution of Christians throughout the world. Rev 20:4 and other scriptures tell us this trend will continue as we get closer to the end.

There is no doubt we are in the end of days, and things will be unfolding quickly. There’s lots to do in God’s people to get them ready for Jesus’ coming, but God tells us He’s going to do a short (concise) work cutting it short in righteousness. There’s far too many dreams, visions, and various prophetic words about His soon return, not to take notice. There are things He has said to me, and done within my spirit, that make it undeniable we will not pass before He has returned.

According to research done with the New England Genealogical Society by JR Church, Obama’s mother was Jewish from the tribe of Dan, fulfilling a scriptural requirement for the antichrist.