You are here: Home » Church » Persecution » Tech giants take down another Christian ministry 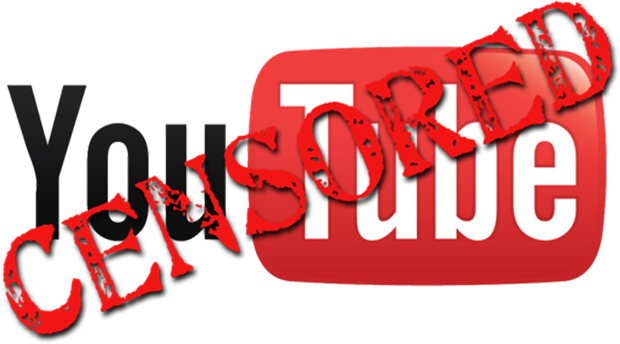 Pamela has devoted many years to exposing the truth about Islam, which makes her a high priority target for Satan since Islam is one of his primary vehicles for attacking the Church in these last days.

Google purchased YouTube a few years ago, but last year they set up an umbrella corporation, called Alphabet Inc, and put YouTube under it. So technically, Alphabet Inc is responsible for these recent attacks, but we all know them better as Google.

Like Lyn Leahz and Victurus Libertas, the attack on Pamela Geller started with Google cutting off her advertising revenues from her YouTube videos. Unfortunately, that was just the beginning, as she posted on her blog on September 23.

I have been posting videos to YouTube since 2006. Over a thousand videos of rallies, events, interviews and the like. Now my account has been deleted, suspended — poof! Gone.

The Internet has been a great mission field for Christian ministries, allowing the gospel to advance unhindered until recently, but that season is coming to an end as the tech giants have ramped up their efforts to silence the gospel message. It’s not just Google either. As Pamela reported, other tech giants have joined the attacks, including Facebook, Pinterest, Twitter, and PayPal. The spirit of antichrist controls many of these large tech companies, as demonstrated by their extreme intolerance of Christian views.

The recent increase in persecution aligns perfectly with prophetic warnings. Jesus warned the generation living when He returns would be hated by all nations because of His name. He said many would be put to death for their faith. (Matthew 24:9)  In 2015, Dr. Patricia Green, founder of Joy Ministries Worldwide, received a similar warning from the Lord telling her by Passover of 2020 it will be illegal to publicly proclaim the gospel in the United States. Two years ago, that sounded hard to believe, but a lot has changed in that short time.

Although current events are confirming the prophetic warnings, many Christian leaders continue to dismiss them as “gloom and doom messages that give the prophetic ministry a bad name.” So, they offer a different message about a different future that has never been brighter. The stark contrast requires each of us to seek God for ourselves to find out what He’s really saying.

The slumbering Church has been too lazy to seek God for themselves, preferring instead to let someone else do it for them, but all that slumber comes with a hefty price tag, making them easy prey for false prophets offering false doctrines, such as the Me Gospel and the pre-trib rapture. I believe God is now exposing every false hope as He is calling His people to take refuge in the only safe place, His secret place, until the storm passes.

20 Come, my people, enter into your rooms and close your doors behind you; hide for a little while until indignation runs its course.
21 For behold, the Lord is about to come out from His place to punish the inhabitants of the earth for their iniquity; and the earth will reveal her bloodshed and will no longer cover her slain. (Isaiah 26:20-21)

So sorry to hear about this as Pam Geller did expose the lies of Islam. I pray for all true believers in Yeshua around this world, that as Yom Kippur approaches, we would fast and pray and repent as never before. We are truly living in dangerous times. Thank you James, for this information.

Thanks for this article James. It resonates with me. Many years ago, in October ’78, I was given a vision showing the rise of 3 giant frog-like creatures. These were spirits of divination and because of them, this country would face the greatest test in its history as terrorism would arise to such a level that men’s hearts would fail them because of fear. When I cried out to the Lord against this, He showed me why this was necessary as the church would be persecuted. This is to separate between those who draw near with their lips and those whose hearts are for the Lord. Yes, it is the time of the separation of the wheat and the chaff. God will use persecution to bring about that which could not be done otherwise. In the midst of this greatest surge of persecution against Christ and Christians, a remnant will arise with great power of the Holy Spirit along with signs and wonders, to proclaim the name of the Lord throughout this country and the world. Ever since the Lord showed me what His purpose was, I have been praying in agreement with Him, looking forward to this time of persecution because, more than anything, a cleansing in the church is needed as the doctrines of devils have so polluted the message of the gospel of Jesus Christ. Separation must come and those who are not His must be shown for who and what they are. This may sound cruel to some but God knows how to separate. Jesus spoke of this in several of His parables. The tares removed so that the wheat may shine forth in the glory of the Lord. The bad fish removed so that only the good fish remain. For years now, I have shared… Read more »

Dog gone it, this is bad – really bad. Pam has a lot of gumption, but this is a severe blow, no matter how you look at it. And dear Lyn Leahz – her posts have really diminished in frequency and she is truly struggling to continue to “fight the good fight”. Whatever we can do to stand alongside this valiant warriors for the LORD – we need to DO IT!!

The Bible will be banned as well. Hide the Word of God in your heart.

Not banned outrightly but watered down replacing God’s Words with men,God’s truths with traditions and adopting a golden rule from Constantine’s fictional playbook which in my own word is ” mixing the light with darkness, like a strong wine diluted with water can not intoxicate, gives the twilight zone where evil evil creatures can operate without restraint”.This will lead to Chrislam the fake lamb like beast in the Rev. 13- a religious system having a form of godliness (2Tim.3:1-6) but denying the power of God( Holy Spirit, Spirit of Truth), while the true Church will be persecuted and will flee to the wilderness. The solution is not only to hide the word in our heart but to live the Word and let our Light (God’s Light revealed through us) shine for all the nations to see the Glory of God revealed in us.

I apologize for running away from the subject of the article, but I was very happy to see a Z3 News article in Steve Cioccolanti’s latest video. The whole video is very good and fun, but he cites you from 19:30 p.m. https://youtu.be/qaRiIzkpTyw

Thanks for sharing that Rita. That is encouraging to see our stuff shared.

I see where You Tube just reinstated her account, for now!!! Satan will not win!!

Sorry – typo in previous post. “This” should be THESE valiant warriors.

Thank you sir for this information time to seek the face of the Lord like never before.

Pam’s Jewish (not Christian), isn’t she??