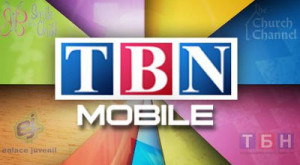 It’s the age of the mobile app, and Trinity Broadcasting Family of Networks, the world’s largest religious broadcaster, has a smartphone application that is introducing the best in Christian television to new generations of viewers.

What started out 40 years ago as a struggling California TV station airing a few hours of inspirational programming a night has grown to over 20 international networks broadcasting life-changing programming 24 hours a day on every inhabited continent.

Through TBN’s Mobile App, consumers with iPhones, iPads, Androids and other mobile devices can now access a dozen of TBN’s most popular networks in real time, while also catching the best of TBN’s archived movies, ministry programs, concerts, and more—on-demand, anytime and anywhere!

“We call it TBN Everywhere,” explained TBN Vice President Matthew Crouch, “and it means that we’re committed to making sure our viewers—both in the U.S. and around the world—have instant access to the broad range of quality faith-and-family programming that has been TBN’s hallmark since we signed on the air back in 1973.”

Crouch noted that there is a new generation of media consumer who doesn’t spend as much time at home watching traditional TV.

“But they still want to catch their favorite programs, watch movies and concerts, and enjoy the unique, life-changing impact of Christian television,” he said. “TBN’s mobile app gives them access to the very best of TBN’s live networks, along with the awesome power of our iTBN on-demand video portal wherever they are.”

TBN along with other so called christian cable stations promote a false gospel message and have been for years. I was Word of Faith for 15 years. I know. I have met all the heavy hitters in the “prosperity” field. bought the tapes and books and attended the seminars. The message of “give us your money and God will bless you”, “debt breaking anointing”, “100 fold anointing”, “sow your seed” is destroying the true message of repentance, sacrifice, obedience, fasting & prayer. I’m all for prosperity but the “money for miracles” message is old. It was around in the 80’s and it is alive and well today. The Seed faith message presented on TV is a lie. Kenneth Hagin attempted to correct this error back in 1999. I suggest everyone read his book, “The Midas Touch”, where Hagin refutes the seed faith teaching. The seed is the word of God, nurtured and watered to yield 30 – 60 -100 fold, which is a farmers tern for % yield. I believe in giving and I love prosperity. It’s all good but the message needed for our lost and dying world is being held hostage by men who live opulent lifestyles, while not preaching truth. Can’t get excited on TBN goin global on other avenues James. Others are welcome to their opinions!