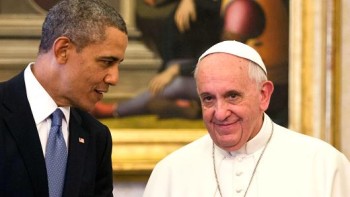 Holy Spirit gave me this word for America.

“Plans are being made this month that will affect Americans for many years to come. Evil forces will soon join to create their own idea of utopia, their own creation, forgetting I AM is the Creator.”

“This month of September 2015 begins the systematic, incremental destruction of America, slowly, over time, eroding the very foundations of this nation.”

“Forces behind the scenes are setting traps for the redeemed of the LORD. It will come through subtle persecution, job loss, loss of income, and sanctions against those who choose to take a stand. My people will be sacrificed on the altar of political correctness, tolerance, and diversity.”

“Pastors will not speak up. They will remain silent to protect their 501C3 non-profit status.”

“Rejection of truth will rule the hearts and minds of America as millions follow the Pied Piper, with numbed minds seeing only what they choose to see.”

“Now the Spirit speaketh expressly, that in the latter times some shall depart from the faith, giving heed to seducing spirits, and doctrines of devils…” (1 Timothy 4:1)

“Pope Francis will speak love, but he speaks lies. His heart is black, he does not know Me. The United States Congress will be swayed by his lies, willingly accepting his challenges for unity and world order. Much upheaval will come to America because of this unification of evil spirits between the two. These things will not come quickly, but subtly, little by little, allowing people to become accustomed to change before more change occurs. This unity of evil will be completed by slowly eroding the resolve of millions.”

“Such wisdom does not come down from heaven but is earthly, unspiritual, demonic..” (James 3:15)

“September arrived quietly, like a gentle lamb, but be on guard, it will not end well. Dark forces even now have set traps for the unsuspecting, forces of evil countenance riding on white horses to deceive all who have not prepared, those who have no oil in their lamp. Evil foundations continue to be laid for those who are led astray to build upon. September is only the beginning of the demise of America, which is being planned by the power brokers of evil.”

“But when He, the Spirit of truth, comes, He will guide you into all the truth. He will not speak on his own; He will speak only what He hears, and He will tell you what is yet to come.” (John 16:13)

Great daughter of Zion, Ali Winters, glory be to God. I am glad to know you here. But i would love to know you more as a friend in this great mission. This message from the Lord is perfect. Right from Yahushua’s lips. I have done some compilation on prophetic words concerning September 23,2015. Seeing your prophetic word confirms the ones i put together last year from: Julie, Dr Patricia, Barbara and another sister. I treasure the word of the Lord from you. They also confirm what the Lord told me. Keep speaking!! My e mail: afmnigeria@gmail.com From Pastor Sylvester Nmanwoke

Hello fellow believers. This prophetic message is a must read as it actually gives timelines in the form of year and season. I think it is a masterpiece. Here is the link.
https://z3news.com/w/prophetic-poem-reveals-future-america/

Fully agree with the time. See the real destruction of the EU starting at September 23. Massive stream of 200,000,000 illegals entering EU countries. Mainly African muslim males without wife and children. Many with Syrian passport. Reminds me of the locusts of the book of Joel, just before the Day of the Lord. EU has sinned too much. But the real termation of the EU starts at 9/23. The Russians do not understand why EU is destructing itself.

Based on an article : Why the mark brings spiritual death, at – Stevequayle.com, THEY are going to vote to divide Israel when the Pope visits September 25 th !!? If they vote yes … I’d watch for that New Madrid quake dividing America in 1/2. Maybe “that’s” the event that sends the economy down ? Read the article. Evidently THEY already have “check points,” for the “international city,” to be divided ?! Again … now’s the time to stock up, arm up, pray, and re – boot the south. But “I reckon,” I’d veer away from the Madrid line if I were you.